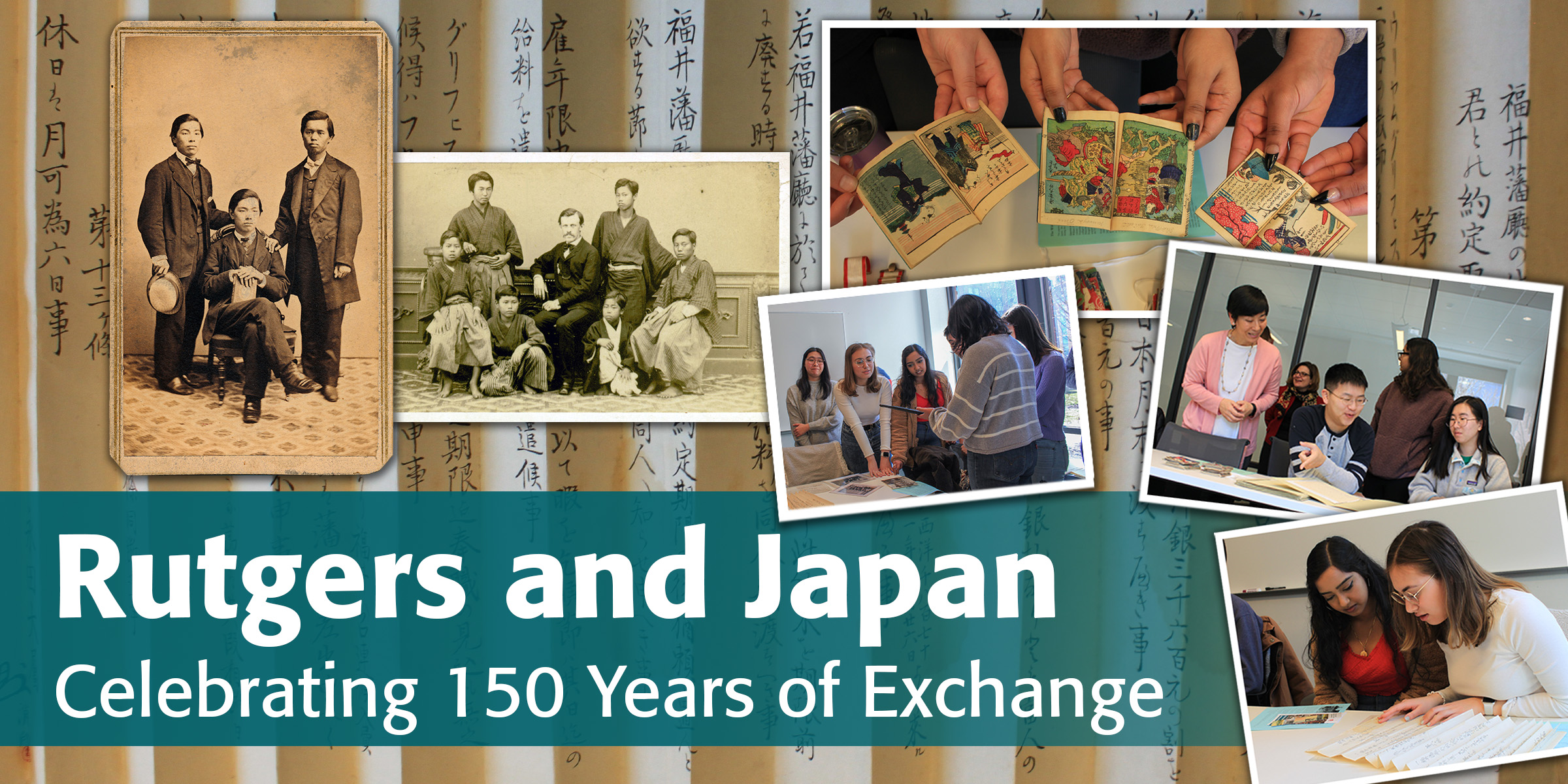 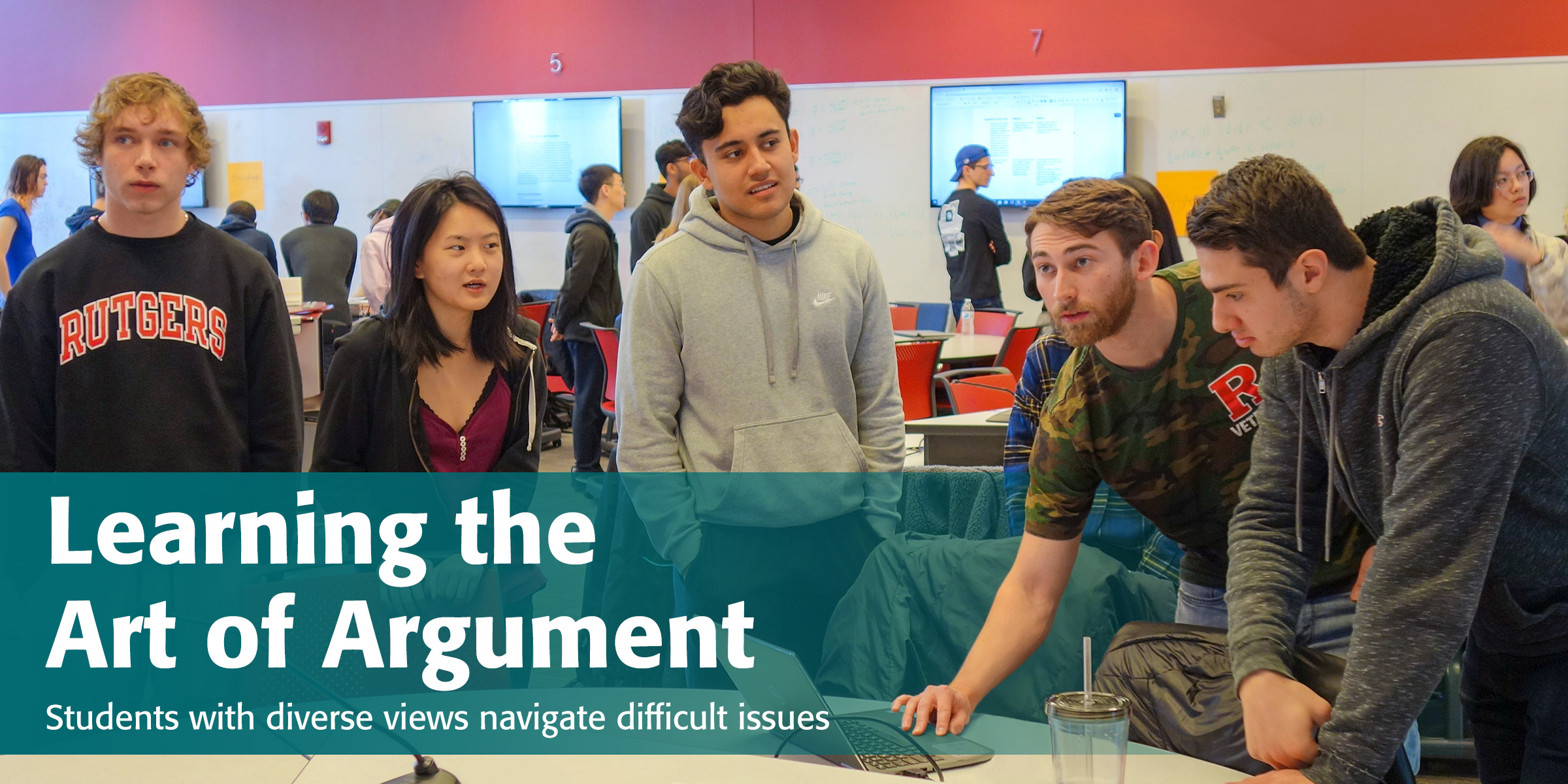 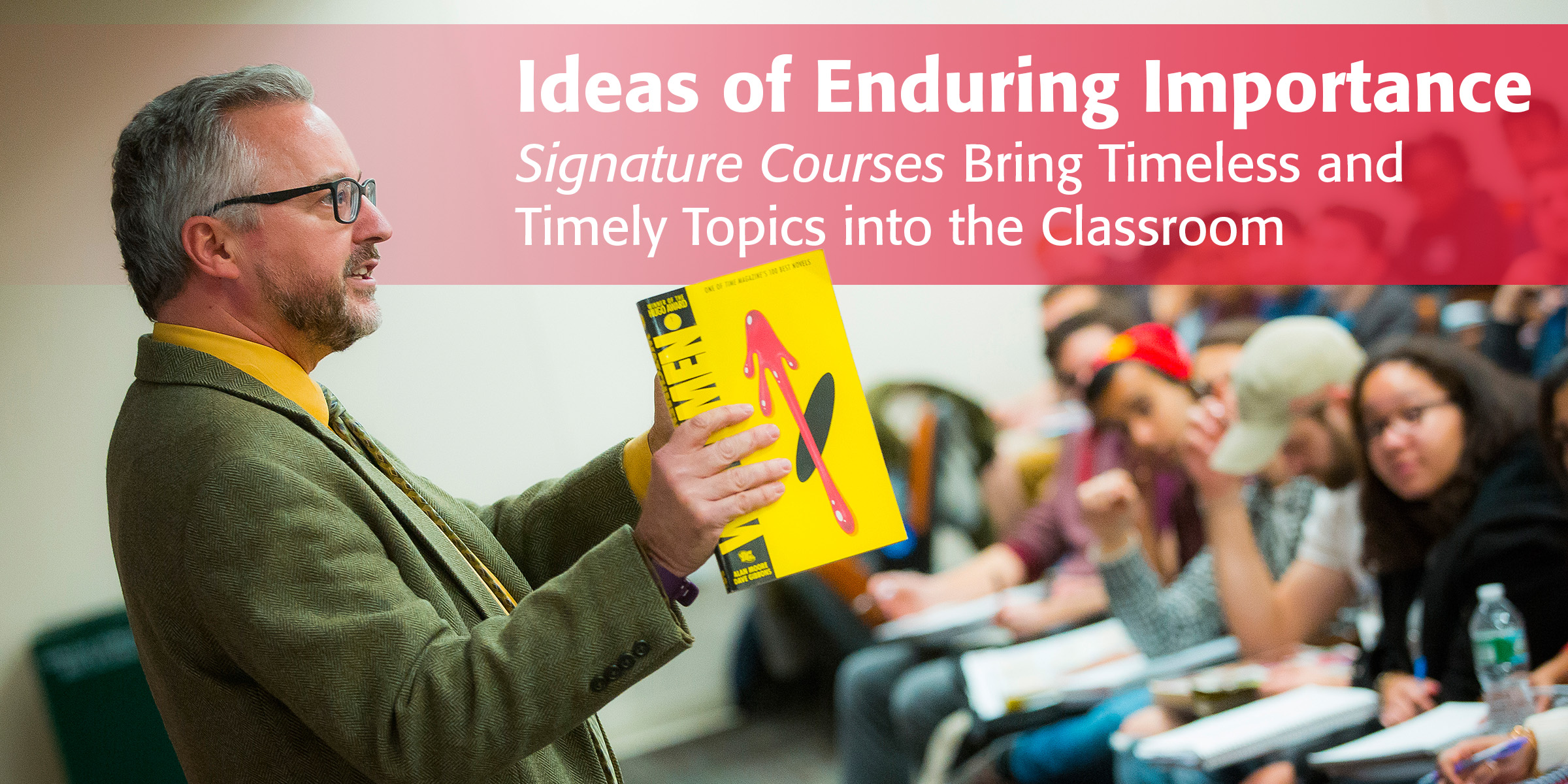 A long winning streak for Physics and Astronomy continues in 2017 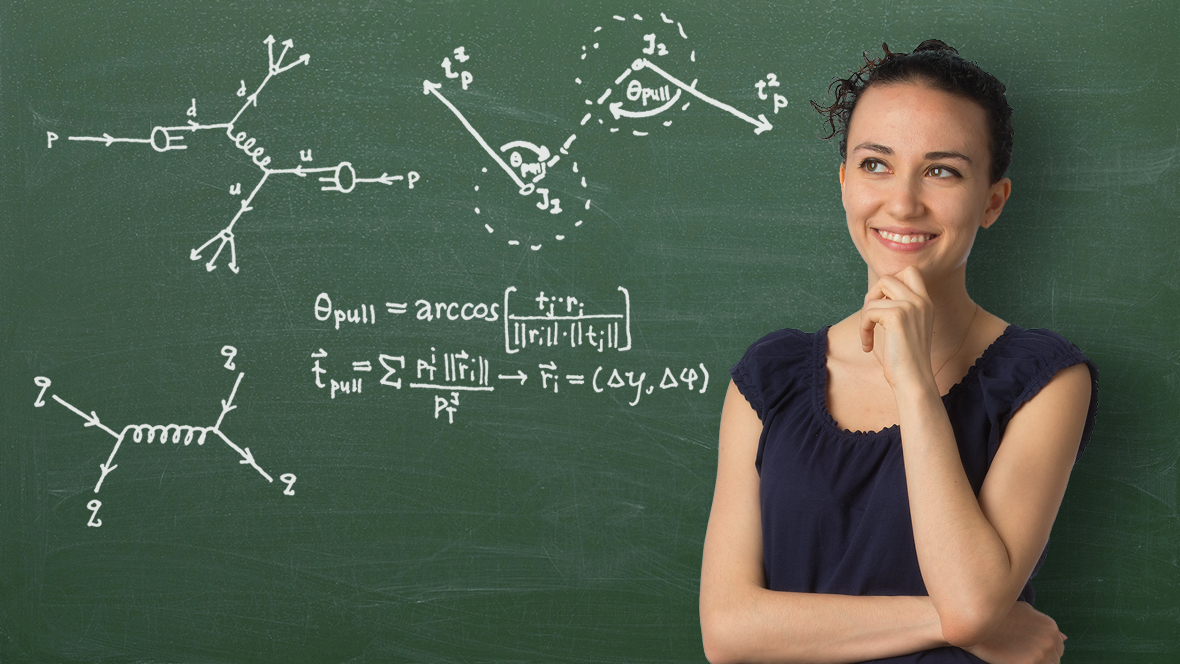 The Department of Physics and Astronomy at Rutgers University can claim many honors. It’s one of the largest in the university’s School of Arts and Sciences, and faculty members and graduate students are routinely recognized for research in areas ranging from the Higgs Boson particle to String Theory to the discovery and exploration of supernovas and dark matter in the universe.

But what many may not know is that undergraduate students in the department have established a reputation of their own, winning the prestigious Goldwater Scholarship 14 times, including the last eight years in succession. 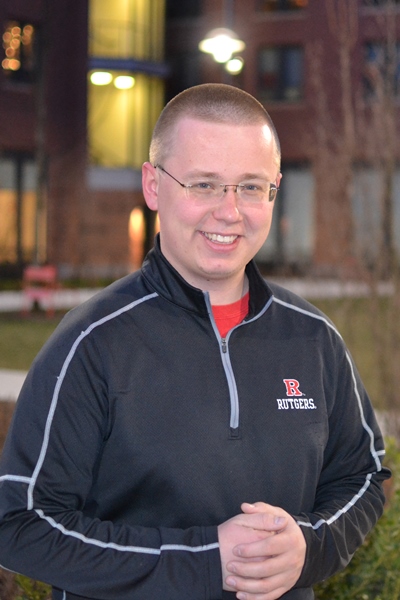 The Barry M. Goldwater Scholarship is one of the premier undergraduate awards in the fields of science, mathematics, and engineering, and is awarded annually to a select group of sophomores and juniors nationwide. The latest winner from Rutgers, and the physics department, is junior Viktor Krapivin, one of 240 Goldwater Scholars in the 2017-18 academic year. Read the story on Rutgers Today.

“For us to have one is nice,” says Mohan Kalelkar, a veteran physics professor. “For us to have eight in a row really says something about the department.”

Kalelkar, who served for many years as undergraduate director, says the department has long attracted and nurtured talented students with its multiple academic options geared to aspiring research scientists, teachers, technical professionals, and general students.

The department offers many opportunities for undergraduates wanting to pursue research. “As representative of the high energy group, we have a lot of connections with national labs, and interaction with scientists at all levels in many countries,” says department Chair Bob Bartynski. “And that’s really a broadening experience.”

Arthur D. Casciato, the director of the Office of Distinguished Fellowships at Rutgers, praised the physics department for its support for and mentoring of students.

“Physics offers a powerful example of how a department that gets solidly behind its candidates can make a difference in consistently winning Goldwater Scholarships,” Casciato said. “I’ve worked with eight of the Goldwater Scholars from Physics and all their applications were supported by the kind of detailed, specific and enthusiastic letters of recommendation from faculty mentors that are crucial to a candidate’s success.”

In the section below, 10 of the 14 Goldwater winners dating back to 1994 speak for themselves, reminiscing about their experience in the department and discussing life after Rutgers, which includes attending prestigious graduate programs and builidng highly successful careers. Jennifer Coulter, shown above, won in 2016 and was featured in this story on Rutgers Today. 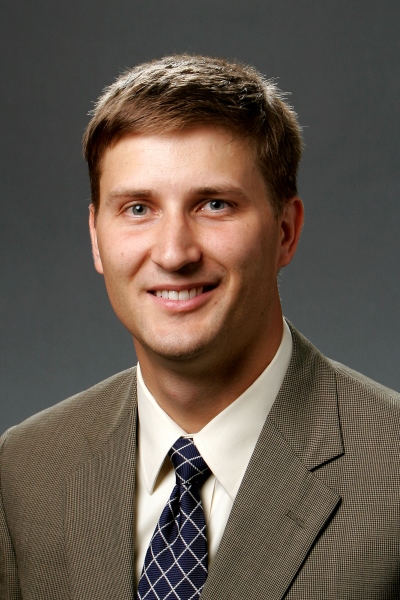 The Rutgers physics experience: The Professional Option for Physics Majors gave me the rigorous training and background needed to handle a top-notch physics graduate program.

Life after Rutgers: At Cornell I focused on biophysics and in particular nuclear magnetic resonance techniques for determining the three dimensional structure of proteins.

I spent a year as Visiting Scientist at IBM’s Almaden Research Lab working on the physical realization of quantum computation.

Ultimately I went to law school and returned to Ithaca where I am teaching and researching intellectual property law at Cornell Law School. 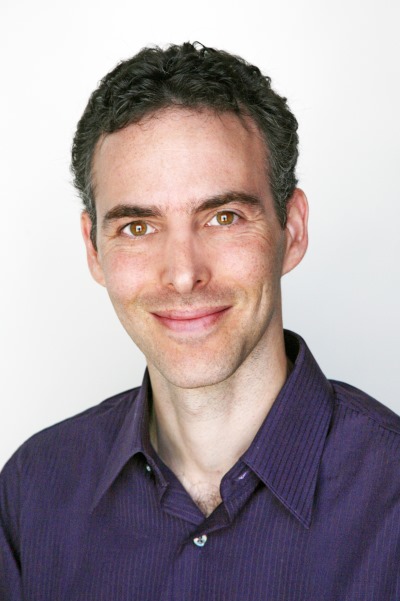 The Rutgers physics experience: I learned a lot of the fundamentals of professional life: research, integrity, and humility.

Mentor: Peter Lindenfeld was my first research advisor and I still have fond memories of him.

Life after Rutgers: My current role, leading a team of software developers on a challenging project, is the highlight of my professional career so far.

I love the dual challenges of working with completely rational computers and intensely human colleagues. 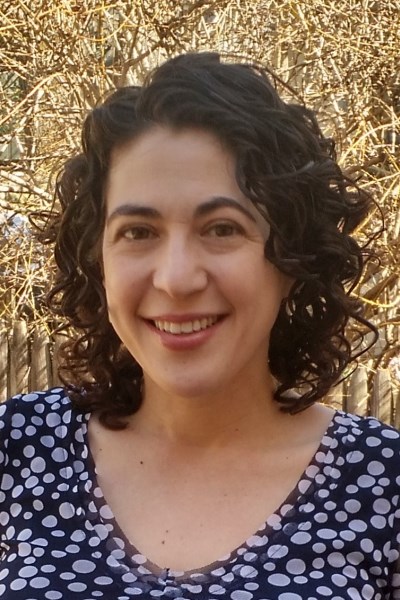 The Rutgers physics experience: The physics department at Rutgers provided me with a strong base to go to graduate school and have a career in physics.

Mentor: Terry Matilsky was a fantastic mentor, and his creativity and passion helped inspire me to pursue a career in physics.

Life after Rutgers: I did a postdoc at the National Institute of Standards and Technology and then accepted a position as a technical staff member at Los Alamos National Laboratory before moving to MIT Lincoln Laboratory.

During my postdoc my colleagues and I were able to improve the detection efficiency of a type of single photon detector to 89 percent, a record at the time. We went on to use these detectors in a quantum communication system, setting a new record there as well. 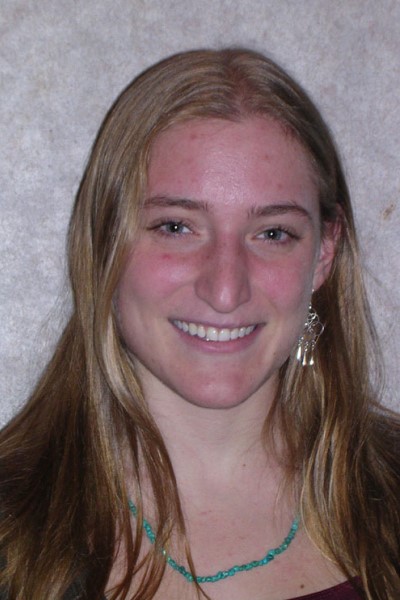 The Rutgers physics experience: I had the opportunity to do hands-on research, attend departmental colloquia, and participate in functions such as journal clubs, which are usually attended by graduate students and postdocs.

I benefited from the mentorship of many people within the department, and felt comfortable interacting with them as an undergraduate thanks to the contact I had with them at departmental functions.

Mentor: Charles Keeton was a fantastic guide for my first forays into research. Andrew Baker also served as an influential mentor, and still does to this day.

If it weren't for their advice, I’d probably never have applied to Ohio State for my graduate degree.

In addition, the Aresty Summer Research Program was critical in launching my research career, paving the way toward receiving the Goldwater Scholarship.

Life after Rutgers: I now hold the prestigious Carnegie-Princeton postdoctoral fellowship, and have been based at Carnegie Observatories for the last 2 years.

I am particularly proud of my first paper as a postdoctoral fellow.

I led the development of a theory to explain data observed with the Kepler satellite, and the team effort to put together a paper was published in Nature earlier this year. 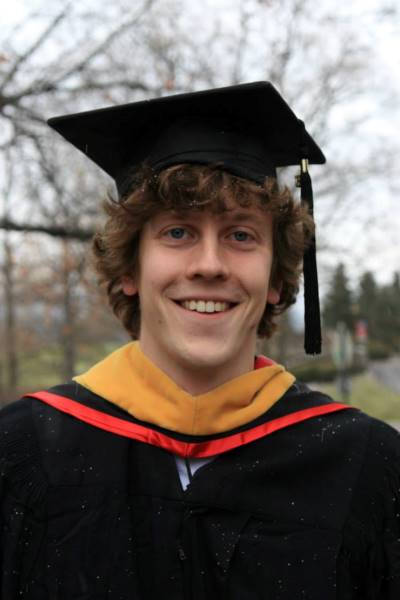 The Rutgers physics experience: The physics and math classes I took at Rutgers prepared me for graduate school.

And my capstone project introduced me to an area that I studied in more detail at Cornell.

Mentor: Andrew Baker was always there to give me advice about applying for research opportunities, scholarships, and graduate school.

Weida Wu taught me about the physics of oxide materials and helped me position myself for a good graduate school experience.

Life after Rutgers: At Cornell, I am working in a lab where I use experimental spectroscopy to study oxides and 2-D materials.

I’ve had many great experiences in my graduate career, including meeting new and interesting people, taking two trips to a synchrotron in France, and publishing some of my research that I’ve worked on. 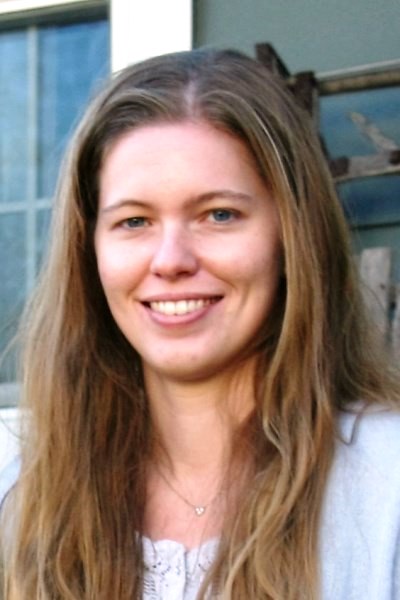 Rutgers also provided a great deal of support for undergraduate research, in the form of the Aresty research program and departmental scholarships.

Being encouraged to start research early led to many opportunities and choices for graduate school.

Mentor: Andrew Baker supported me in research for three years and continues to be a strong mentoring presence even after I moved away from his research field.

Life after Rutgers: I am in my fourth year of graduate school in the physics department, working in accelerator physics on nonlinear transport systems and high-intensity beam dynamics.

I have also been involved in teaching and developing materials for an inaugural undergraduate course. 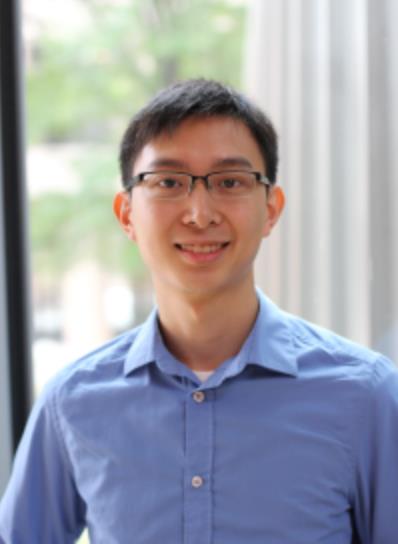 Current Position: Graduate student at Princeton University, working on a doctorate in the subfield of high energy experimental physics.

The Rutgers physics experience: I was exposed to the basics of coding and the analysis of large data sets.

I also learned how to apply statistics in very specific scenarios, including looking for rare events and how to deal with very large number of backgrounds.

All these skills transfer and continue to be developed in my current career.

Mentor: My advisor Sunil Somalwar gave me the opportunities to do independent research as an undergraduate.

The other faculty members of the high energy experiment group also helped me, most specifically John Paul Chou and Amitabh Lath.

Life after Rutgers: I am proud that within two years, I have been able to complete two masters, one from the University of Cambridge on linear collider physics and one through Princeton University.

With these degrees, I plan to move to Geneva, Switzerland to fully focus on my research at the Large Hadron Collider. 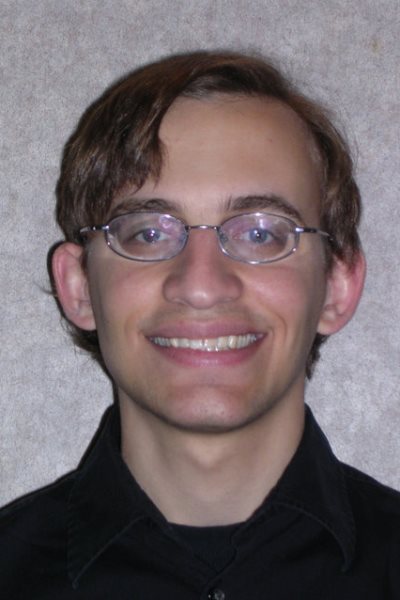 The Rutgers physics experience: A huge part of my education occurred outside the classroom, including a research project on particle physics and data analysis. My primary research adviser, Amit Lath, gave me a lot of responsibility.

I also gained valuable experience as a teaching assistant in Eva Andrei's modern physics laboratory course. That will serve me well when I begin teaching undergraduates next year.

Mentor: Many physics professors were helpful, but Eva Andrei, John Paul Chou, and Amit Lath were absolutely essential to my success.

I learned about cosmic inflation, extra dimensions, black holes, and other exciting topics.

As a Churchill Scholar, I enjoyed learning about Sir Winston at Chartwell, Blenheim Palace, and the Churchill War Rooms, among other places.

None of this would have been possible without my preparation from Rutgers and my research in the physics department.

I am currently a graduate student at Harvard, and I am taking classes in theoretical physics. 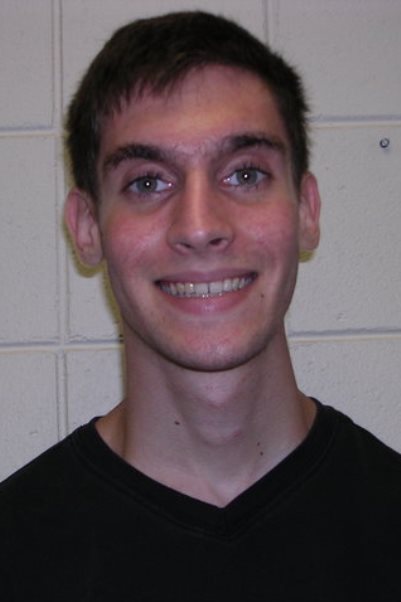 The Rutgers physics experience: I was fortunate to study astrophysics at a university where there were many research opportunities for undergraduates.

This, along with the strong emphasis on teaching from the faculty in the Department of Physics and Astronomy, contributed greatly to me making it into UC Santa Cruz for graduate school.

Mentor: Andrew Baker hired me as an undergraduate researcher in the summer following my first year at Rutgers.

He continued to work with me throughout my undergraduate career, providing me with professional and scientific support, and he has had a substantial impact on my early career as a scientist. 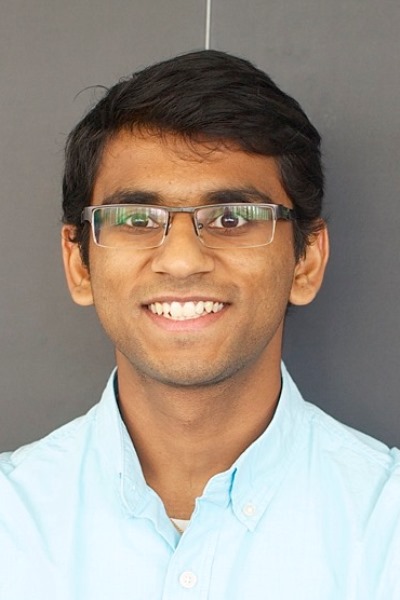 Physics at Rutgers: The research experience I have gathered over the past three years as well as the opportunity to take graduate classes as an undergrad has prepared me for graduate school and the workload it entails.

Mentor: I was blessed to have Sevil Salur serve as my research adviser.

Professor David Shih and Professor Eric Gawiser were also immensely helpful during my application process and guided me throughout the years.

The Department as a whole has been incredibly supportive and has helped me improve as a scientist and a student.