Carrying on a Tradition of Advocacy, Activism and Excellence 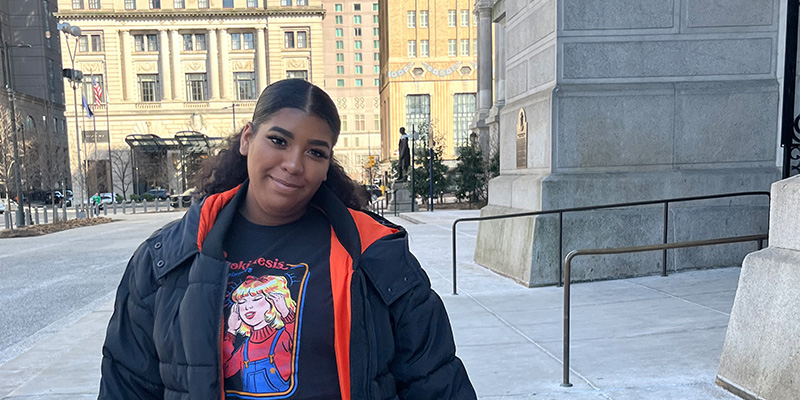 Arriving at Rutgers University as a first-year student, Jonelsy Gonzalez had no idea there was a department dedicated to Latino and Caribbean studies.

“I didn’t know anything like that existed,” Gonzalez said.

But after taking one class in the topic, Gonzalez knew she had found her focus. 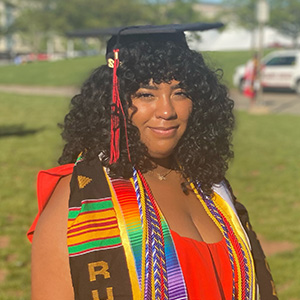 And this spring, as a graduating senior in the Class of 2022, Gonzalez received the department’s highest undergraduate honor: the Dra. Maria Josefa Canino Arroyo Leadership Award, named for the retired Rutgers professor who founded the department.

The award is given annually to a senior in the Department of Latino and Caribbean Studies who has “demonstrated transformative leadership at the university, local, and global levels and who embodies the intellectual activism central to Latinx Studies.”

Speaking at the award ceremony, a faculty member drew parallels between Gonzalez and the idealistic Rutgers students of an earlier generation whose activism spurred the creation of the department, which was initially the Program in Puerto Rican Studies.

“The students of the 1970s at Livingston College knew that it was not enough to merely admit more Black and Puerto Rican students,” said Kathleen Lopez, a professor of Latino and Caribbean studies and history.

“How could those who struggled be supported and retained?”

Lopez noted that those students made a point of reaching out to high school students, providing information about scholarships and financial aid, and offering strategies for success in college.

Similarly, Gonzalez, a first-generation college student from Paterson, has taken on myriad roles and responsibilities that included mentoring, volunteerism, and social justice advocacy.

“I am passionate about building awareness, being an advocate, and using my privilege to help others,” she says. “And I plan on continuing that in the future.”

She mentored students in Piscataway High School as part of the Rutgers Future Scholars program, served as a Scarlet Ambassador on campus, and worked as a facilitator for the college preparation Upward Bound program at Montclair State University.

In addition, Gonzalez, who majored in criminal justice and Latino and Caribbean studies with a minor in social justice, interned with the Somerset County Prosecutors’ Office of Victim-Witness Advocacy and volunteered with the Rutgers Office of Violence Prevention and Victim Assistance.

She also served as co-chair of the Latino Student Council and worked with the Center for Latino Arts and Culture, where she supported programming for students in the areas of wellness and career readiness.

For Gonzalez, the award was the culmination of a momentous undergraduate experience in which the department provided both an intellectual focus and a welcoming community.

“This has always been a home where I have been able to speak my mind and speak my peace as a Black Latino woman at Rutgers,” Gonzalez said.
“It has helped me in so many ways to find my voice.”

Gonzalez grew up in a family with deep roots in the Caribbean. She was passionate about her heritage, but sometimes felt frustrated in her efforts to learn more.

At Rutgers, she signed up for her first Latino and Caribbean studies course after talking to a School of Arts and Sciences adviser. She found the course immediately compelling, and the field an ideal complement to her criminal justice major.

Her senior honors thesis bridges both fields, examining the increased use of non-lethal or less-lethal weapons by law enforcement agencies. Her research focuses on how those weapons, which include hand-held tasers, rubber bullets, and chemical agents were used on—and caused serious injuries to—participants at major protests across the U.S. and Latin America, including the Black Lives Matter protests after the killing of George Floyd.

“Less-lethal weaponry has become a lucrative multibillion-dollar industry that benefits from the suppression of people around the world,” Gonzalez wrote in her conclusion.

Gonzalez is currently applying to master’s degree programs in criminal justice and hopes to eventually get her PhD.

“The masters is a stepping stone to see what opportunities are out there, to gain experience, and do research,” she said. “Later down the line I want to get my PhD so I can teach others about the subjects I am passionate about.”