Rutgers Graduate Dug Deep into a Mysterious Collection of Antiquities 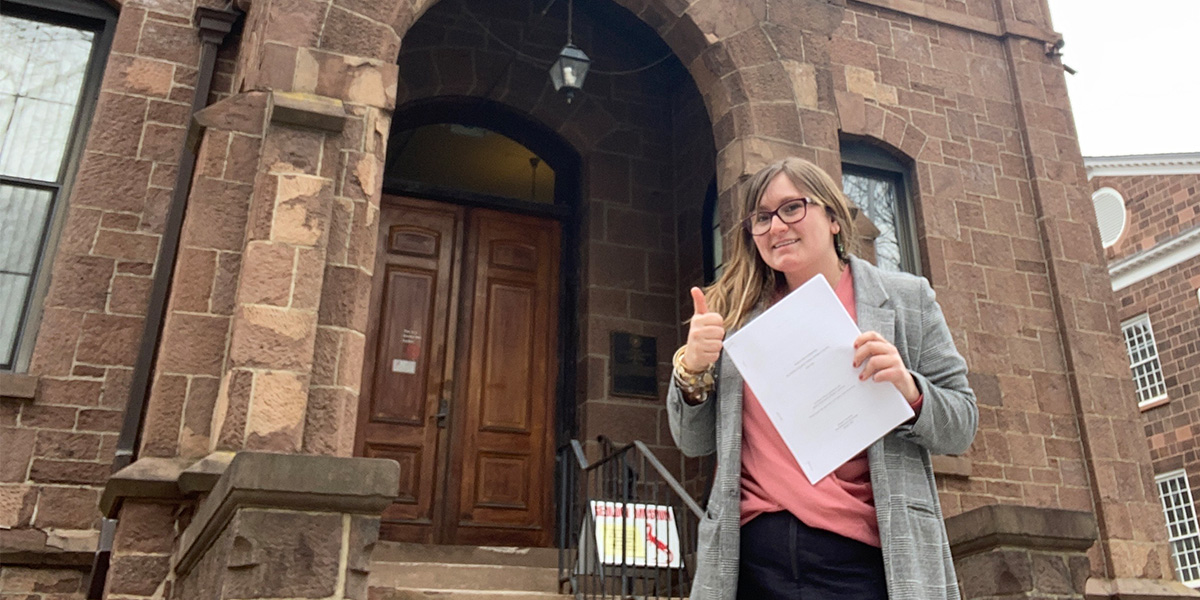 Rutgers University is known for its many resources, from state-of-the-art labs to digital classrooms to world-class libraries. 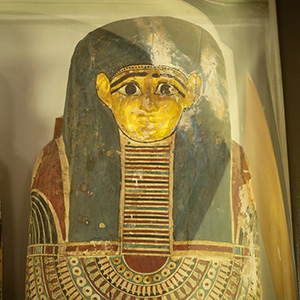 But few people know that the campus is home to a small but historically rich collection of antiquities from ancient Egypt, including a mummy containing the remains of a woman named Iset-Ha who lived some 2,200 years ago.

Although Iset-Ha and the larger collection are shrouded in mystery, a recent School of Arts and Sciences graduate worked tirelessly over her junior and senior years to shed light on the artifacts and recover their history.

Julia Fuchs, a self-described “museum nerd,” completed a senior honors project in which she catalogued all the artifacts, created a website to display them, and wrote a 30-page paper on the collection titled: Death is Only the Beginning: The Afterlife of Egyptian Artifacts at Rutgers University.

Fuchs, who graduated in May with majors in history and anthropology, plans to continue her work as a graduate student at Rutgers. Her interest in the collection was piqued during an internship at the Rutgers Geology Museum, where most of the items are held. Others are at the Zimmerli Art Museum.

“As I worked through the internship and saw how little information there was on the artifacts, I just decided something has to be done,” she said. “Cataloging the artifacts and getting them on the website will make them visible to other scholars, who may be able to figure out dates and periods and expand the knowledge we have on them.” 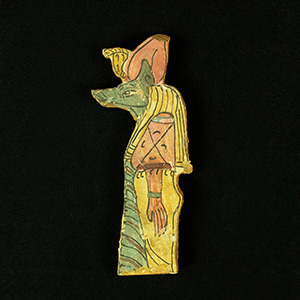 Fuchs’s work—which produced the most thorough accounting to date of the collection—was not easy. There’s a dearth of documentation on the artifacts, many of which were transported from Egypt to New Jersey in the late 19th and early 20th centuries and include statuettes, tools, furniture, writings, jewelry, funerary objects, and paintings.

The most significant artifact is the mummy, which like the other items, was originally held by the New Brunswick Theological Seminary and is on permanent loan to Rutgers.

Fuchs notes that Iset-Ha was likely a priestess and the daughter of a religious official from an upper-class family, based on the hieroglyphics on her coffin. But further details remain sketchy. There has been no scientific testing of the remains, and the last scholarly examination took place in the 1920s. Scholars have concluded she may have been as young as 17 at the time of death or as old as 40.

Fuchs is committed to uncovering the story of Iset-Ha, a name which alludes to both Isis, the major female deity of ancient Egyptian history, and Ha, the god of the Western Desert of Egypt. Fuchs plans to pursue graduate studies at Rutgers in art history with a concentration in cultural heritage and preservation studies and wants to continue her focus on the Egyptology collection.

“There is something unsettling about having human remains on display and having no idea of who the person was,” Fuchs said. “I feel in some ways what I am doing is humanizing her.

“I think that out of respect for the dead, she deserves to have her story told.”

While Iset-Ha is the most significant piece in the collection, the other items offer a wealth of fascinating material for both scholars and members of the public.

Fuchs says her favorites include a painted clay fragment of the god Anubis, represented as having a human body and the head of a jackal. She also cites the jewelry that include necklaces and amulets. Both the painting and jewelry have a surprisingly contemporary feel that seems to bridge the chasm between the contemporary world and ancient Egypt.

“The average person might feel that the people (of ancient Egypt) have been dead for thousands of years and couldn’t be anything like us,” Fuchs said. “But these artifacts show a connection between the modern and the ancient world and those are the things I find the most fascinating.”

She is hardly alone. These days the ancient world of pharaohs, pyramids, and mummies is both a pop culture staple as well an intellectual mainstay of universities and museums.

And in the fall of 2021, Rutgers began offering a course in Egyptian hieroglyphics, drawing students from a range of majors. 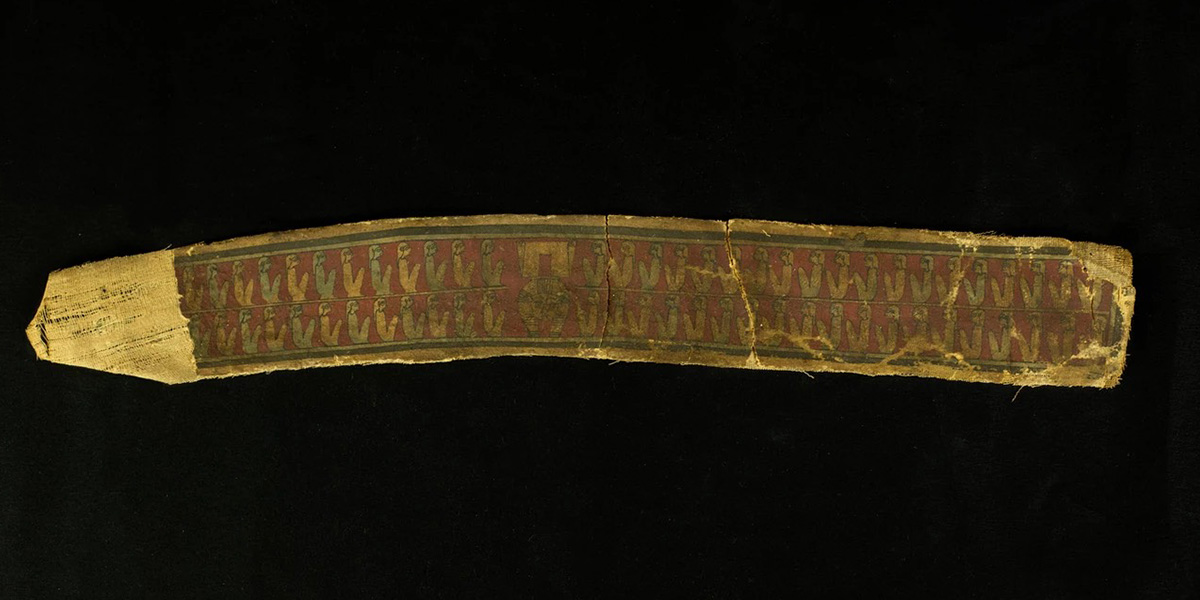