Challenging new class offered for the first time at Rutgers-NB 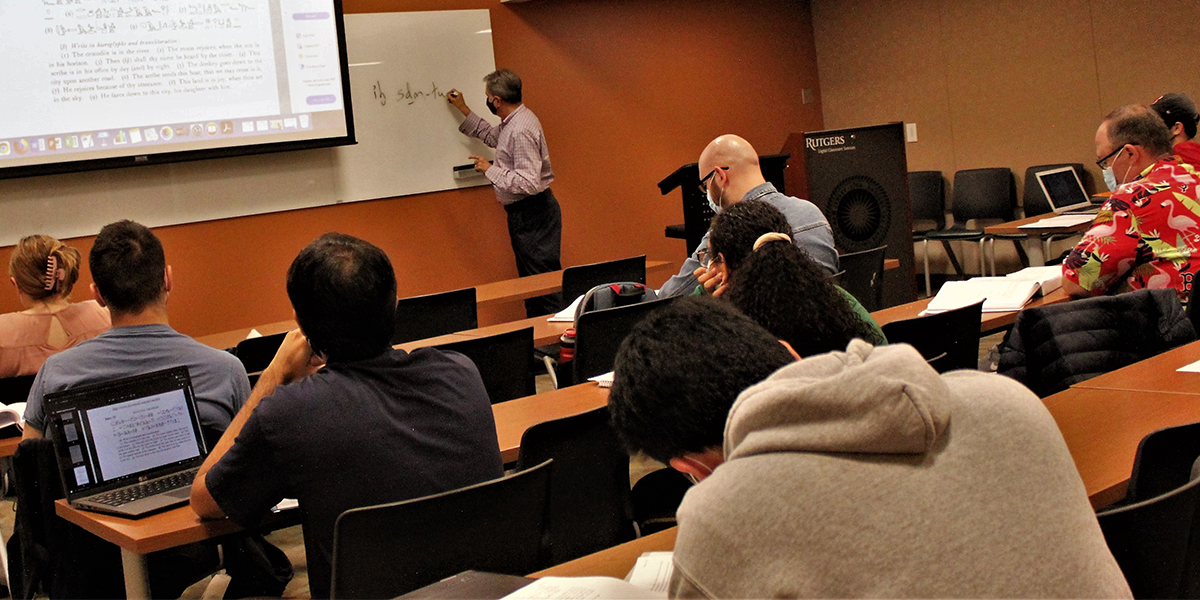 It is a language that thrived thousands of years ago in the land of pharaohs, pyramids, and mummies.

Yet Egyptian hieroglyphics can seem very much with us today.

From Rick Riordan’s The Kane Chronicles novels to the “Assassin’s Creed” video games to The Mummy movies, the world of ancient Egypt is a pop culture staple while remaining an intellectual mainstay of museums and universities, including Rutgers, which holds a Ptolemaic-era mummy on loan from the New Brunswick Theological Seminary.

So, this fall, when Rutgers Professor Gary A. Rendsburg began teaching what is believed to be the first course in Egyptian hieroglyphics at Rutgers University-New Brunswick, the class was an instant hit with students. 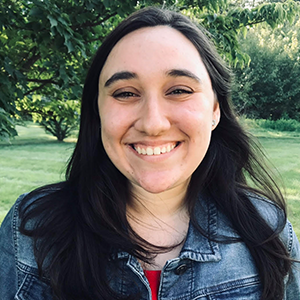 “I enjoy it immensely,” says senior Amy Rosen. “We laugh a lot, even at times when it’s really challenging.”

And with hundreds of characters to learn—including consonants and ideographic symbols—reading and writing hieroglyphics can be challenging. Sentences can run in both directions, horizontally and vertically. The symbols might mean the objects they depict, but they may also convey specific sounds.

Yet laughter abounded in a recent class, when Rendsburg noted the prevalence of the word and symbol for “crocodile,” underscoring its connection to the ancient deity, Sobek, who was represented as having a human body with the head of a crocodile.

Temples dedicated to Sobek kept a live crocodile on hand as a show of devotion. When one died, it was replaced. Some 200 mummified crocodiles have been discovered.

“I want to know whose job it was to go get another crocodile,” Rendsburg quipped. “That must have been a task.”

Though that question remains unanswered, Rendsburg, a Distinguished Professor of Jewish Studies and History, covers a lot of ground in "Hieroglyphic Egyptian I,” everything from grammar and sentence structure to history and culture.

He noted, for example, the connection between the Egyptian ankh and the Christian cross, showing students a very early Coptic manuscript of the Book of Acts from the New Testament—held by the Morgan Library and Museum—that includes a rendering of a cross that’s indistinguishable from an ankh. 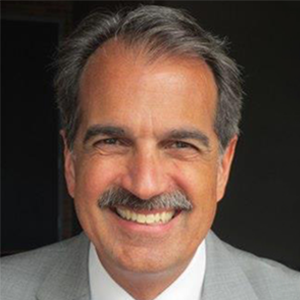 “The ankh symbol was so rooted for 3,000 years prior to the arrival of Christianity, that the Coptic Christians held onto it,” Rendsburg told students.

Egyptian hieroglyphics emerged around 3,000 BCE and died out around the 5th century CE as Christianity became the dominant religion and authorities closed Egyptian temples. But the language continues to exist in the liturgy of the Coptic Christian church—including in local New Jersey congregations—though it is written in the Greek alphabet.

“The Coptic language used in the liturgy of the church is the last phase of the ancient Egyptian language,” Rendsburg says. “Today it is totally liturgical. It is like Latin in the 20th century.”

Rendsburg, who holds the Blanche and Irving Laurie Chair in Jewish History, learned hieroglyphics as a doctoral student in Hebrew Studies at New York University, where he studied under the late Cyrus Gordon, a noted scholar of ancient languages. Rendsburg then taught hieroglyphics at Cornell University while also specializing in research examining connections between ancient Egypt and ancient Israel. 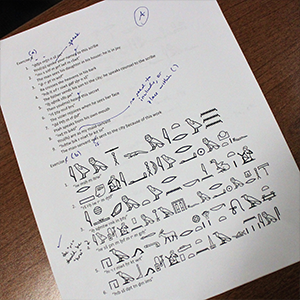 “It’s wonderful to be teaching hieroglyphics again,” he said. “We have history majors, archeology students, Jewish studies majors, and even a mechanical engineering student.”

“I always enjoy learning a language no matter which one it is or what form it takes,” said Rosen, who has minors in Jewish studies and psychology. “And as someone pursuing a field that focuses on speech and hearing science, I thought it was really important to get a deep perspective on how languages develop and how people communicate, even in an ancient society.”

Thomas Pflanz, a senior majoring in religion and theater, read The Kane Chronicles when he was younger and then began pursuing scholarly study of the ancient Near East.

“It became an academic passion of mine,” says Pflanz, who is minoring in archeology. “And I think having an ability to read hieroglyphics is also a really fun way to engage in the stories that I love and in the texts that I love.”

After several months spent learning to read and translate, the class is now tackling one of ancient Egypt’s literary epics, The Tale of a Shipwrecked Sailor.

The course adds to the array of language instruction available at Rutgers, which includes everything from Twi and Swahili to Vietnamese and Yiddish.

“I have an intellectual interest in language,” says Coloprete, a comparative literature major. “I always have this desire to know.” 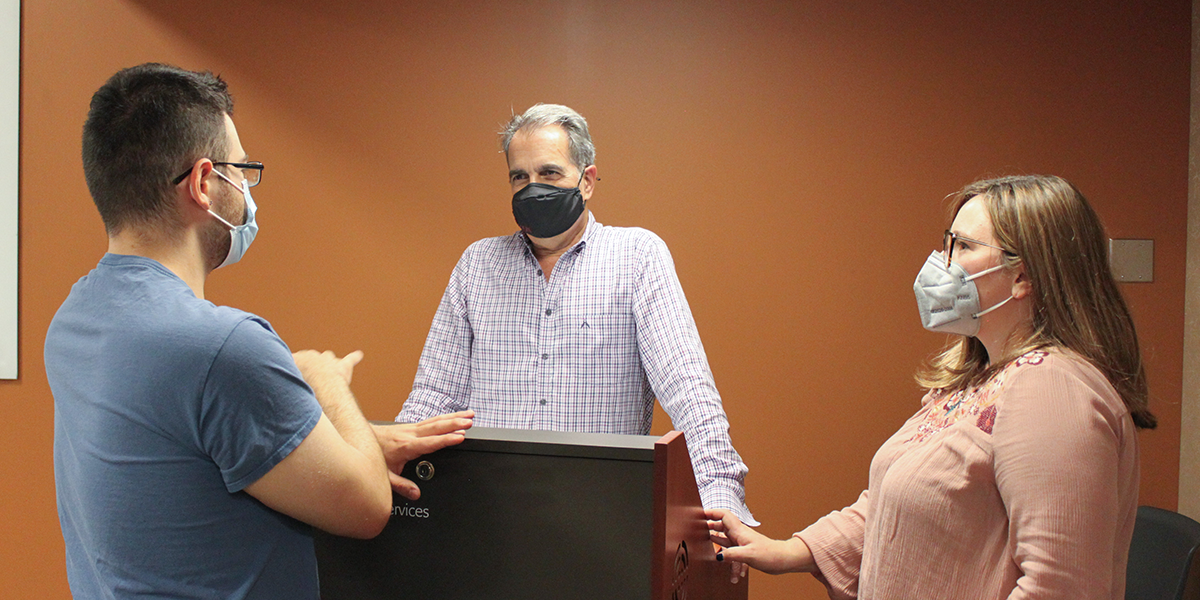