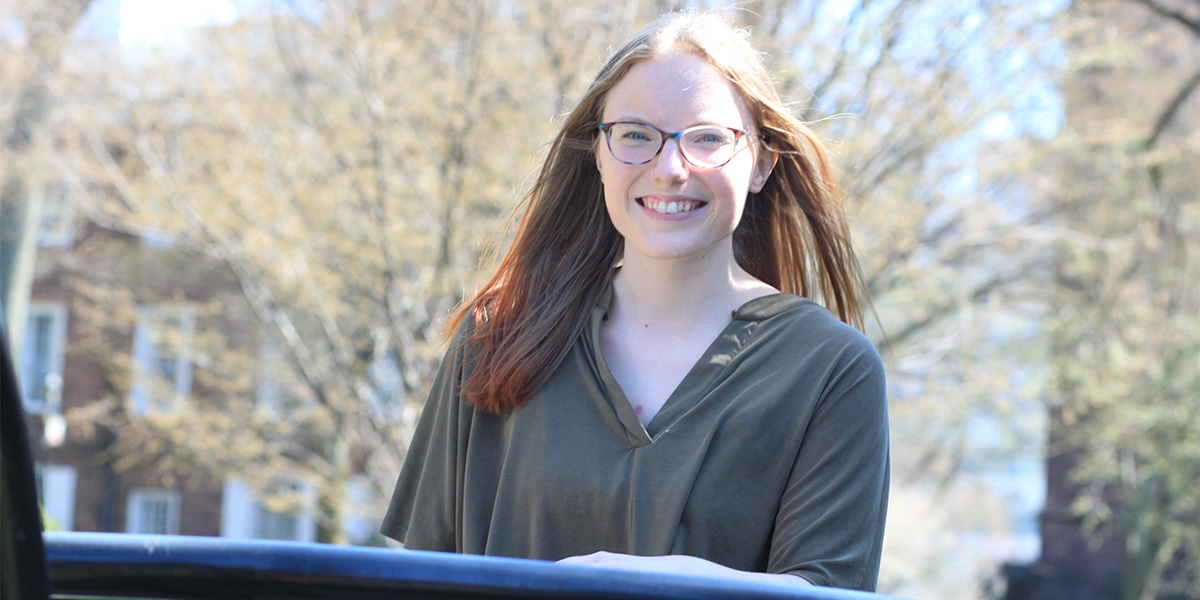 Christine Jensen didn’t see herself as a budding Bible scholar when she entered Rutgers.

But this graduating senior in the Class of 2021 said her path became clearer during her first year as she navigated through different course options. She noticed that she was connecting strongly to religion courses, such as “Introduction to the Bible” and “Religions of the West,” taught by Debra Scoggins Ballentine in the Department of Religion.

“I loved not only the content material but also the way she taught,” said Jensen, a student in the School of Arts and Sciences Honors Program. “I was thinking, ‘This is something I could totally see myself studying more in depth.’’”

I love the study of religion, history, and language

But she went even deeper after she started taking Hebrew in her sophomore year to meet the honors program’s language requirement.

Soon Jensen was a double major in religion and Jewish studies.

“I love the study of religion, history, and language,” she said. “All of that came together to make Jewish studies the perfect major for me.”

Now Jensen, who is also in the Rutgers five-year MA program in religion, is on track to become a scholar of religion with a focus on the language and literature of the Hebrew Bible.

This year, she is working as a research assistant for the eminent Bible scholar Gary Rendsburg, the Blanche and Irving Laurie Distinguished Professor in Jewish History. Her tasks include working with manuscripts from Cairo Genizah, a digital collection of hundreds of thousands of Jewish texts discovered in the loft of an ancient synagogue in Cairo, comprising the largest and most diverse collection of medieval manuscripts in the world.

“Christine is well prepared for more advanced work in the field of Biblical Studies,” Rendsburg said. “She has learned modern Hebrew, ancient Hebrew, early Judaism, early Christianity, and much more.”

Scholars of the Bible come to the field with interests ranging from literature to linguistics to religion and history. But they all share a passion for studying the texts that have exerted an incalculable influence on the world and continue to reveal themselves through new discoveries and interpretations.

“It’s the same text, but there is always another archeological discovery that changes everything,” Rendsburg said. “Some new discovery arrives and it’s like, ‘Oh, that is what this passage means.’’’ 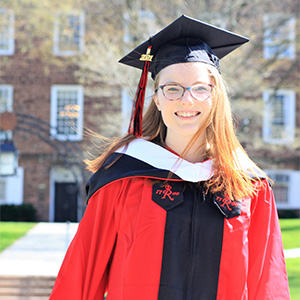 For Jensen, the experience of using the biblical Hebrew she learned in class to read scripture confirmed she had found her calling.

“The first time I was able to open up the Hebrew Bible and read a passage in the biblical Hebrew, it made me realize just how much I love what I am studying,” Jensen says. “I love engaging with the primary sources at this level.”

Besides being absorbed with the subject matter, Jensen said she made new friends through her studies, particularly through four challenging semesters of Hebrew.

“It’s not an easy language to pick up,” she said. “A few of us became close just to get through it together.”

She also learned much from Orna Goldman, a teaching instructor in the Department of Jewish Studies who helped her develop the right frame of mind for learning Hebrew and to temper her own demanding expectations of herself.

“She showed me a really deep love of the Hebrew language and what it means to be patient with a student,” Jensen said. “She taught me that while we have these goals, we still have to take the steps to get there. And that is an insight I have taken with me to other courses.”

After earning her master’s degree in religion next year, Jensen intends to pursue doctoral studies and continue advanced studies of scripture.

She said her Rutgers experience has prepared her well for graduate studies as well as for living and working in a world of diverse cultures and faiths.

“I came in not really understanding the depth of positions and beliefs within so many cultures and religions,” she said. “But my time at Rutgers and my studies have changed the way I look at the world and the way I try to understand the world.”