Responding to the pandemic with stories, films, poetry, and art 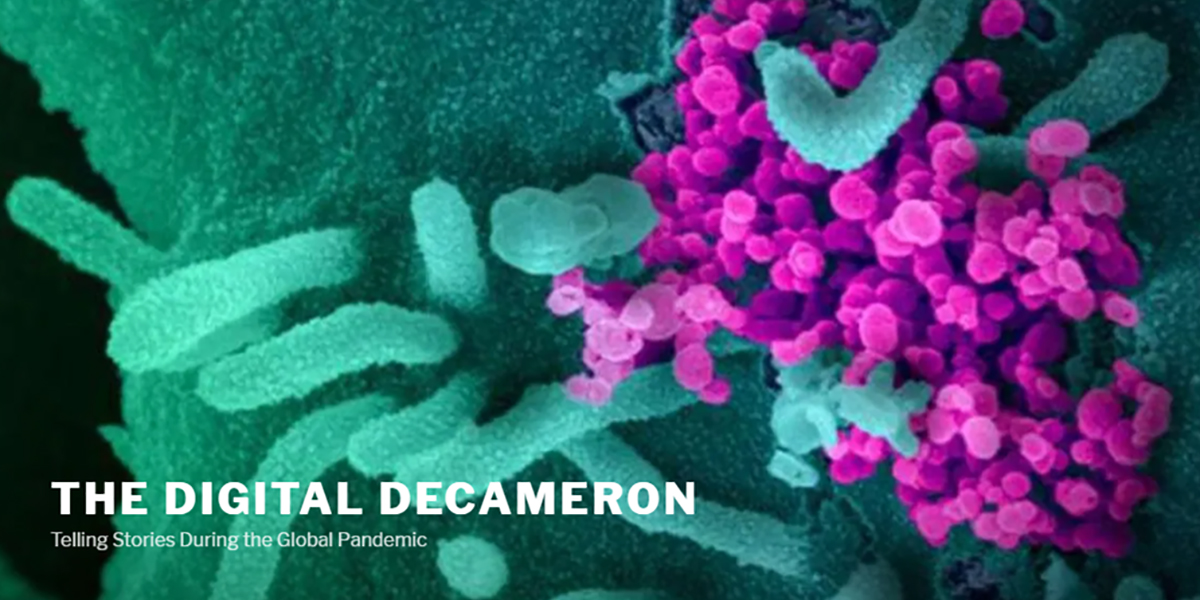 Richard Miller came up with the memorable title for his undergraduate literature course long before the onset of the COVID-19 pandemic.

But the global health crisis lent an eerie resonance this spring when the class—“Writing After the End of World”—made its debut as a Rutgers University School of Arts and Sciences Signature Course, and the virus hit home in New Jersey. 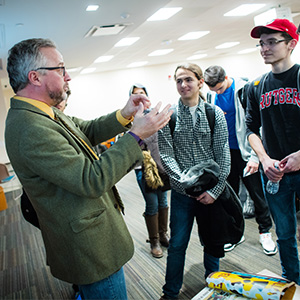 For Miller, a professor of English who explores apocalyptic themes in literature, the class of some 90 students provided the most powerful teaching experience of his career.

“Things happened with the class that have not happened in my entire 30 years of teaching,” he said.

Miller was referring, in part, to the projects that students completed after they left campus in March to spend the rest of the semester learning through remote instruction. That work, which is being collected on a website throughout the summer, ranges from fiction to videos to essays to art—much of it cathartic, idiosyncratic, and accomplished—capturing the inner life of undergraduates wrestling with a crisis that has upended the world.

Noa DeOcampo, for example, analyzed the nighttime dreams of her friends and family—including a parent who had lost their job, and a grandfather diagnosed with lung cancer—to understand how they were processing the pandemic. Her 30-page essay titled 10 Days From Today: A Composite Reflection on Quarantine and Dreams explores with compassion the life struggles reflected in those dreams. 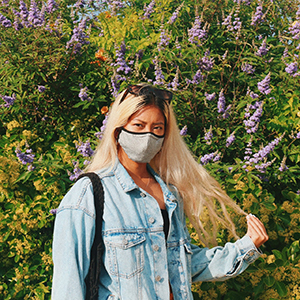 “What human truths lie in the unconscious states of others who feel and breathe our shared reality in different strides and breaths?” she wrote. “This project will thus be dedicated to collecting their stories, not from how they can wakingly recount the past month’s worth of isolation-related events, but from a series of re-framings and re-imaginings of their resting minds’ strangest fantasies.”

Another student sought solace in mending and sewing old clothes, writing a 1,800-world reflection that detailed the sewing and stitching—and her connection to the clothes themselves—while exploring the emotional impact of her work.

“The hours spent stitching evenly into a small space gave ample time for reflection,” she wrote. “The predictability of the stitches was a comforting measure of certainty in this uncertain time.”

Mirna Calijau Maldonado, meanwhile, recorded and narrated a video of her family packing their things into a car and leaving New Jersey during the throes of the crisis to be with relatives in Los Angeles. 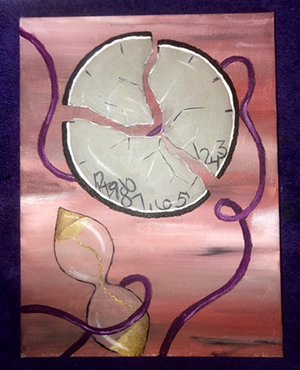 “I felt like a criminal,” she says as the video shows them driving through deserted and desolate highways around the country. “I felt like I was committing a crime that would land me in jail for life.”

Some students found storytelling approaches that were distinctly 21st-century in style.

Three classmates—two computer science majors and an English major—wrote a story called Project ZMB entirely through social media posts. The posts, like lines of a script, tell the story of a killer virus, and the frequently absurd and surreal responses from media personalities and politicians.

“Project ZMB comes from a place of watching the world unfold through Twitter and Facebook during the early days of the COVID-19 pandemic, each day a fresh hell of bad news, fake news, and anxious scrolling,” said the authors, Jordan Cannata, a rising senior, and 2020 graduates Ryan Cirincione and Ryan Goldstein.

Miller said he was caught off guard by the quality of the work that nearly every student completed. And the quantity. He received stories that stretched up to 70 pages in length.

“The students were making these direct connections to the challenge of repairing and recovering psychologically from this profound disruption,” he said. “The stuff I am reading is so much better written than anything I have ever received before.” 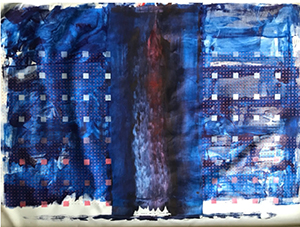 Miller created “Writing After the End of the World” as a sequel to his popular Signature Course, “The Coming Apocalypse,” which explores end time literature ranging from theologian Jonathan Edwards’ 18th century Sinners in the Hands of an Angry God to the 1987 graphic novel Watchmen. The newer course focuses on 21st century literature, specifically works that came after the attacks of September 11, 2001.

“I argue in the class that 9/11 is when the 21st century really begins,” Miller says. “And suddenly you are writing not about the coming apocalypse, but in the wake of this profound destruction of the narrative of American exceptionalism.”

The course exposes students to an eclectic body of work: There There, a novel by Native American writer Tommy Orange; The Wolfpack, a documentary about a family that confined their children to their apartment in New York City for nine years; and The Bear, a novel about the last two people on earth, by the author Andrew Krivak who earned his Ph.D. from Rutgers.

After the campus closed in March, the course moved online. Miller recorded lectures and had students get involved in online discussions. He then came up with the idea to showcase their projects on a “Digital Decameron”—a title that harks back to Bocaccio’s Decameron, which contains a hundred stories shared by ten people sheltering outside Florence during the time of the Black Death. 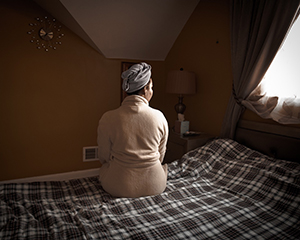 “I decided that the class would try to take advantage of this bolt from the heavens,” Miller writes on the website. “We’d keep reading writers experimenting with ways to end their stories in times when the future seems both unknown and threatening. But we’d also shift from being readers to being writers. In the process, we’d be building a Digital Decameron for the 21st century.”

Students said Miller’s teaching and the choice of material exposed them to fresh, challenging voices, and showed them the role of creativity in confronting a crisis. DeOcampo said that Miller repeatedly told students that they need to imagine a better future in order to build one.

“Especially now, this idea has stuck with me in emphasizing the important role that creativity plays in helping to shape the world that we want to live with as opposed to passively watching the world fall apart,” she said. “I'm extremely glad that I decided to take this course as I do not believe I would have been in the right mindset to write a 30+ page paper during a global pandemic without the thinking that I was pushed to do in it throughout the semester.”

Miller said he too was changed by the experience.