Student Groups at Rutgers Find Ways to Connect During Lockdown 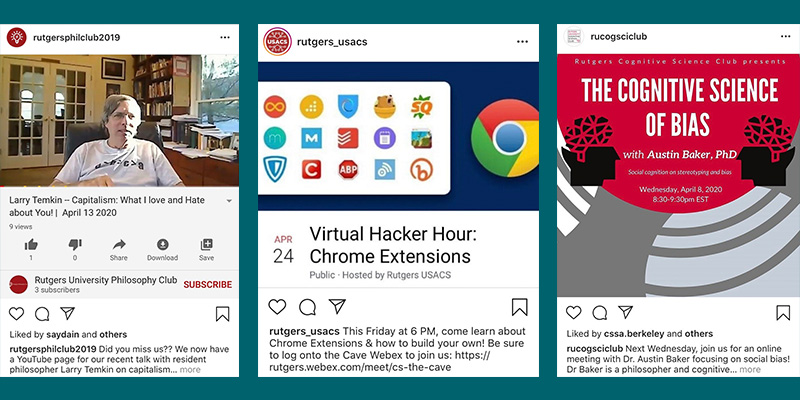 Despite a campus bereft of people, student academic groups in the School of Arts and Sciences have been staying active and engaged, staging virtual events and using chat apps, social media, and e-newsletters to keep members connected. 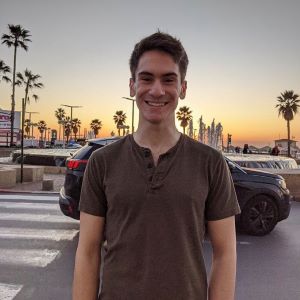 “When you’re isolated at home, it might seem daunting to keep all your obligations and commitments,” says Yoni Friedman, president of the Cognitive Science Club. “But in fact, people have been reaching out and making the effort to keep the community vibrant.”

The club has a core group of about 50 students who, like the field itself, come from various disciplines, including computer science, linguistics, philosophy, and psychology. Since the COVID-19 pandemic forced Rutgers to cancel in-person instruction, the club has been using apps like GroupMe, Slack, and Discord to stay in touch and even create side chats that cater to the different fields within cognitive science.

“Since the quarantine started, we’ve seen lot of activity,” says Friedman, a senior majoring in cognitive science and computer science. “People use it to ask for class advice, post interesting links, generally see how people are doing.” 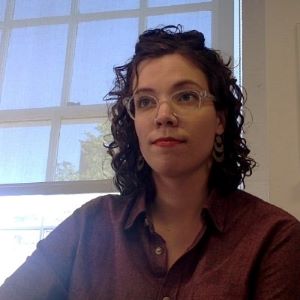 When he posted an online flyer for the club’s first virtual event following Spring Break, the response was immediate and enthusiastic. And on April 8, a larger-than-usual number of students tuned in for the video presentation by Austin A. Baker, a post-doc at the Rutgers Center for Cognitive Science. Baker spoke on “The Cognitive Science of Bias,” and shared her own academic journey from more traditional philosophy fields like epistemology to cognitive science with a focus on issues involving stereotyping.

Baker’s talk also made connections to the COVID-19 crisis, and its impact on marginalized groups, including people of color, and LGBTQ communities.

“Virus and stigma damage the health and well-being of stigmatized groups,” Baker told students. “But they also make it difficult to contain the virus, because people from these stigmatized groups feel uncomfortable seeking out healthcare when they need it. They have to cover up their symptoms for fear of hate crimes and retribution.” 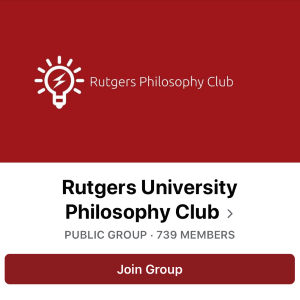 Meanwhile, the Philosophy Club is also getting strong turnout for virtual events, including talks by Larry Temkin, a Distinguished Professor of Philosophy, who spoke on  “Capitalism: What I Love and Hate About You,” and Michael Levine, a professor of German, who delivered a presentation on Heidegger - Building Dwelling Thinking.

Daniel Cappell, president of the club, said he has been getting the word out through an email newsletter, which has more than 300 subscribers. The club recently added a

Youtube channel so people who can’t make the live webcast can watch the events later.

Although nothing can replace in-person contact, Cappell noted that web sessions allow the club to cast a wide net for potential speakers. 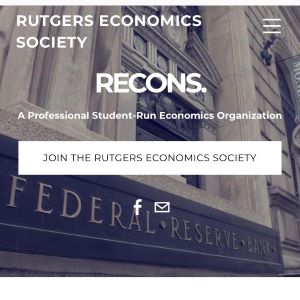 “You can email philosophers you admire who are many miles away to speak at the club, and they won't have any trouble getting here,” says Cappell, a senior majoring in philosophy.

Other groups are busy with events. The Undergraduate Student Alliance of Computer Scientists, or USACS, is holding a “Virtual Hacker Hour” this Friday.

And a Saturday event involving the International Honor Society for Economics will allow student to ask questions to a panel of recent college graduates who are working in banking and finance.