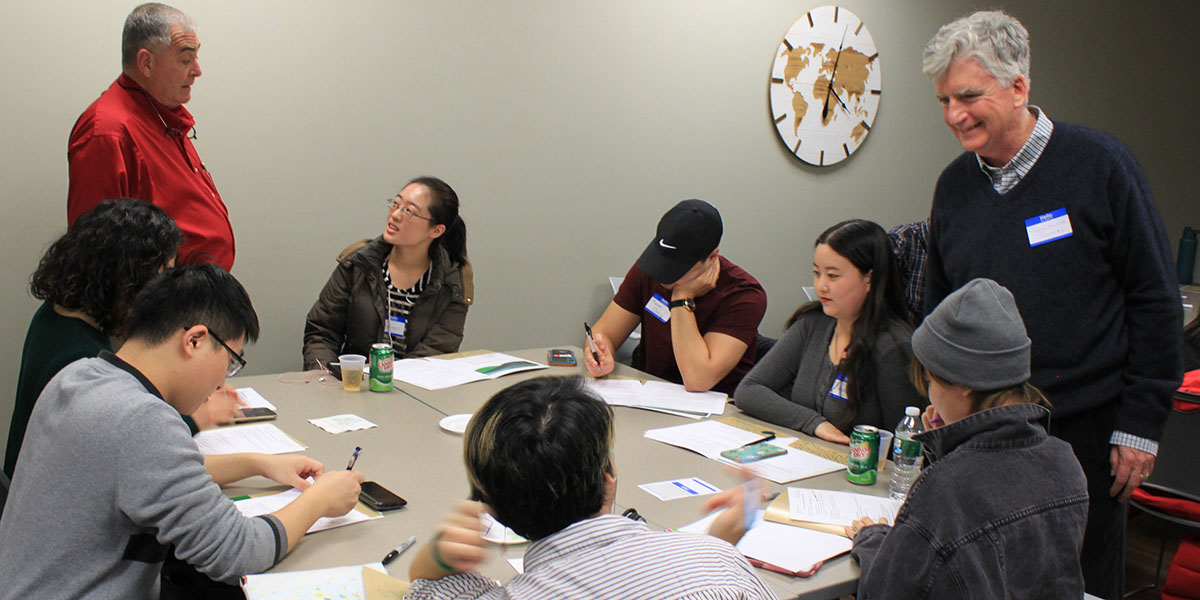 One student grew up in Edison and is determined to learn Chinese.

The other is an international student from China who wants to improve her English.

The Rutgers University undergraduates—Samil Tabani and Yijun Xiong— are among 34 students who have been paired up this semester to “swap” language abilities through the new Language Engagement Project, a School of Arts and Sciences program that plugs into Rutgers’ diverse culture for a series of initiatives in which students can gain academic credit and fresh experience learning a language, often outside traditional classroom settings.

“Dozens of languages are spoken at Rutgers,” says Michelle Stephens, Division Dean of Humanities in SAS, describing the long-term vision for the program. “Our goal is to honor this amazing diversity and give it a prominent, unprecedented role, both in student life and in academics.” 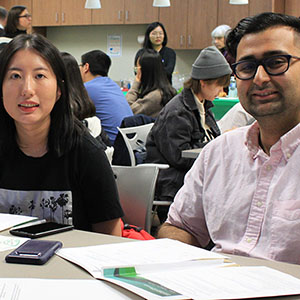 Before the coronavirus halted in-person instruction, Tabani and Xiong would meet on campus every Friday to teach each other new words, phrases, and some cultural knowledge from their respective languages.

They still meet Fridays at the same time, only now the meeting place is Google Hangouts.

“It’s really just the same as the in-person meeting because we are already friends,” says Xiong who is hoping to work in the U.S. after graduating. “The exchange is going great, and I am practicing my English a lot."

“It’s taking me out of the textbook and into real life,” adds Tabani, who wants to pursue global business and sees speaking Mandarin as essential. “It’s really effective.”

Students like Tabani and Xiong are participating in a one-credit “language exchange” in which they meet for an hour at least 12 times during the semester and complete a final project to demonstrate what they’ve learned.

The goal isn’t fluency. It’s to become knowledgeable, aware, and appreciative of another language while setting the foundation for further study. Students attending an orientation at the start of the semester were encouraged to share their social media feeds to find subjects for conversation. In a previous semester, two students structured their exchange around cooking. Their final project, a video, showed them cooking two meals and speaking in two languages.

“This really is student-centered,” says Doaa Rashed, director of the Language Engagement Project. “It’s up to students to decide what they want to learn and how they want to go about it. Learning happens when they’re engaged with the content.” 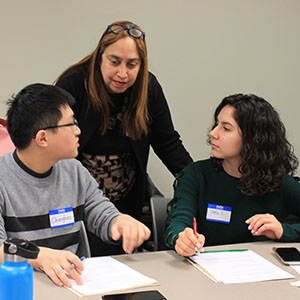 Prior to the shutdown, students had been finding some entertaining and creative ways to meet up and exchange languages.

Sofia Centeno, and Changhao Chen had met for Chinese food in downtown New Brunswick for their exchange of Spanish and Mandarin. They were also planning to visit Chinese and Central American museums in New York City, and Chen was also mulling a plan for demonstrating the fine art of making dumplings.

“It is heartbreaking that we all have to stay at home now,” Chen says.

Nevertheless, the two are continuing to meet online, and discussing a final project to develop a blog and interview friends and family in other countries about the impact of the pandemic.

The 17 pairs of students in the exchange have varying reasons for participating. As a group they provide a window into the remarkably global world of Rutgers. 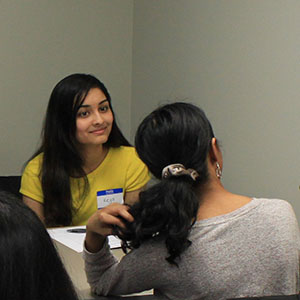 Keya Patel, a student from India, is teaching Hindi to Ruchi Aluwalia, who grew up in New Jersey but has Hindi-speaking relatives. Aluwalia is teaching Patel French, which she learned in high school.

“I always wanted to speak Hindi,” Aluwalia says. “It would be wonderful to connect with my relatives.”

Centeno, a native of Lawrenceville who’s fluent in Spanish and English, wants to improve the Mandarin skills she learned in high school. She loves the language and thinks it might be useful as she explores a career in public health.

“I want to work in the health care industry, preferably in a clinic or hospital as an administrative manager,” Centeno said. “I think having Chinese in addition to my English and Spanish would be very helpful in communicating with patients.”

Chen, a native of China, is eager to expand his world by learning Spanish.

“Since coming to the United States, I see that Spanish is the second most frequent language spoken,” he says. “I think it would be fascinating to learn Spanish and to gain access to ideas, culture, literature, and films.”

The Language Engagement Project, which was started last year and is run through The Language Center in SAS, includes a number of initiatives beyond the exchange program. They include one-credit modules attached to courses ranging from history to chemistry. The modules explore the relevance of specific languages to the fields and those involved in them. There are also language service and mentoring options.

Rashed says, “The goal of the project is to get students more engaged in languages in ways that are meaningful, engaging, and communicative.”

Signups for the language exchange are open now for Fall 2020 and will stay open through April 20. Click here. 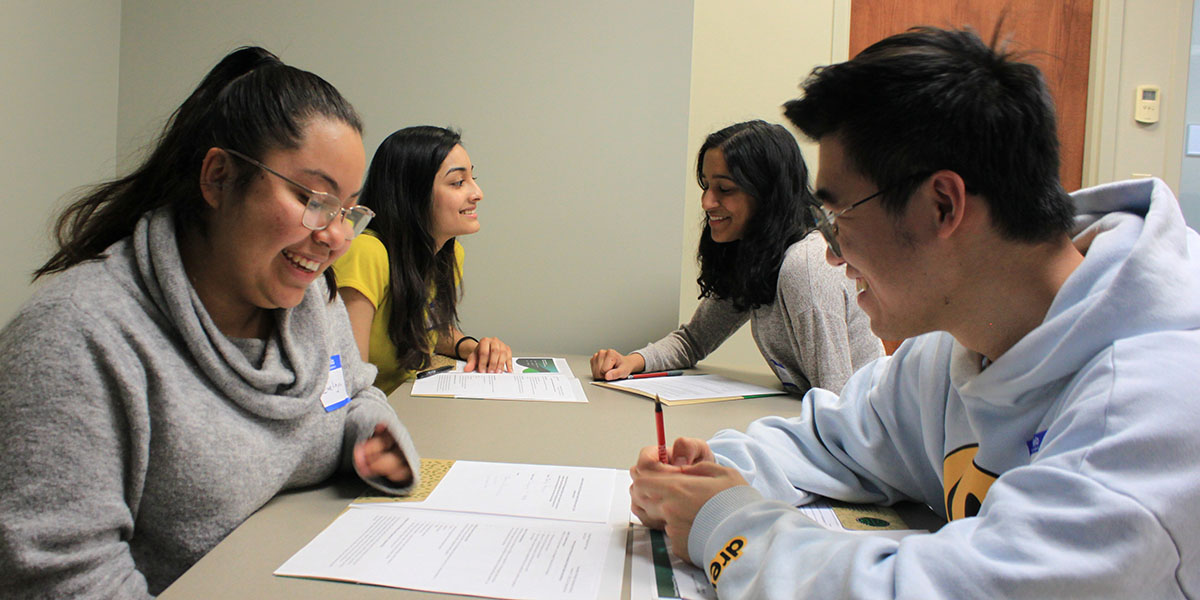