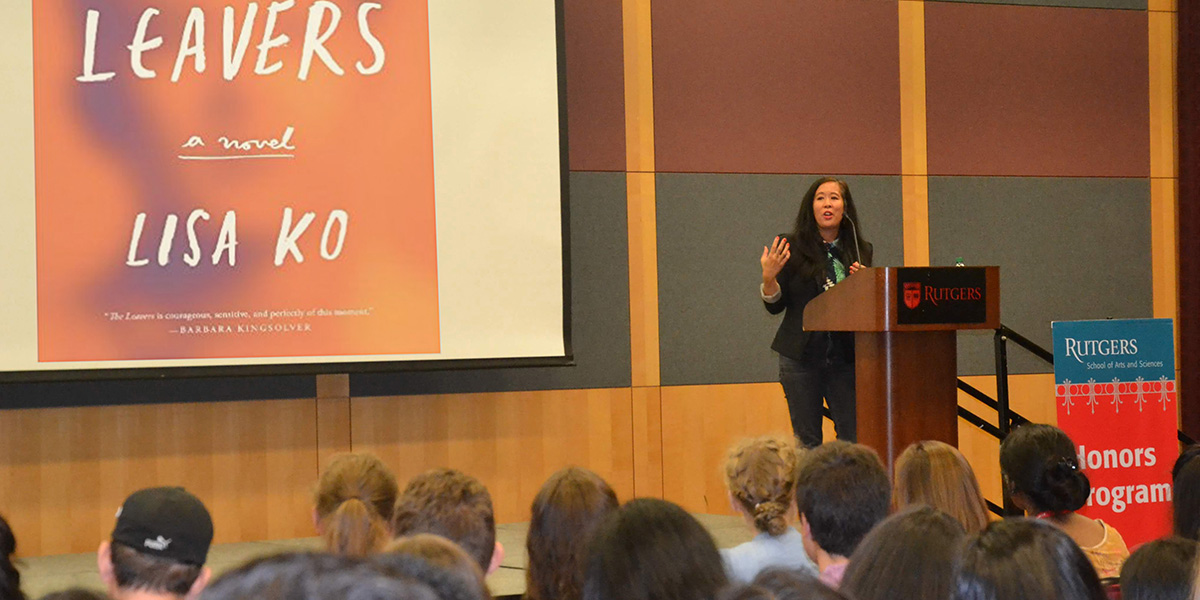 They read and eagerly blogged with one another over the summer about The Leavers, a 2017 finalist for the National Book Award.

Then these incoming first year students in the School of Arts and Sciences Honors Program  (SASHP) had the opportunity to meet the novel’s author—Lisa Ko—and listen to her give context and depth to the story about Deming, who is adopted by a white couple when his mother Polly, an undocumented Chinese immigrant, leaves for work one day and never returns. 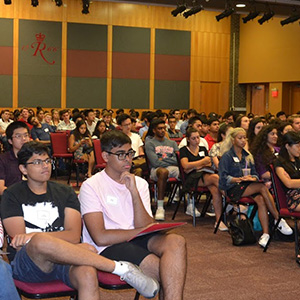 “Reading The Leavers and discussing it with my future classmates before I even stepped foot on campus for my first class was fantastic,” said Zachary Goldman, of Bogota. “Then having the privilege of hearing Ko in person discuss her writing process was invaluable, especially to someone like me who has a passion for creative writing.”

Ko’s appearance came during the recent induction of the SASHP Class of 2023. Honors Dean Charles Keeton, beginning his first academic year as leader of the program, welcomed 347 high-achieving students into the Rutgers family.

Keeton, a professor of physics and astronomy and former faculty director of the Aresty Research Center, became honors dean last July. He succeeded Jennifer M. Jones who led the program since 2015 and has returned to the faculty as professor of history. Also joining the honors team this year is Cynthia N. Sánchez Gómez, the new assistant dean for student engagement. 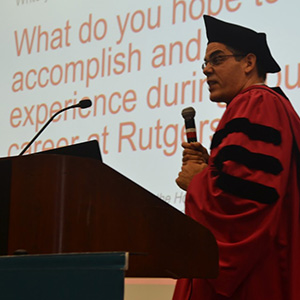 "College is not just a set of boxes to check,” Keeton told students at the induction. “I sincerely hope you will look past the trees of requirements and see the forest of opportunities that await you at Rutgers.”

Among the opportunities is one-on-one faculty mentoring, an experience as meaningful to faculty as it is to students.

“The mentoring program was designed to benefit the students but it is one of my favorite parts of being a faculty member,” says Tom Prusa, professor and former chair of the Department of Economics. “Students are looking for guidance—not just in what classes to enroll in or what major to take but also in career paths. Meaningful talks about aspirations, fears, and dreams. I love it.”

Monica Driscoll, a professor of molecular biology and biochemistry, agreed.

“Being a mentor is a blast,” she said. “For some, I have followed their training after graduation, attending Ph.D. defenses, and even weddings, so I have gained colleagues and friends for life.”

The students attending the induction were just beginning to feel the energy of the program.

Ko described for them her writing process and discussed the historical background of family separation, from the selling of enslaved African American children away from the families to Native American children put in boarding school to immigrants today being separated at the border.

"I know how it feels to be misrepresented or alienated in books," said Ko, on developing her storyline and authentic characters after reflecting on immigrant stories in the news over the years. “Fiction allows us to really inhabit the life of a character in a way that journalism doesn't.” 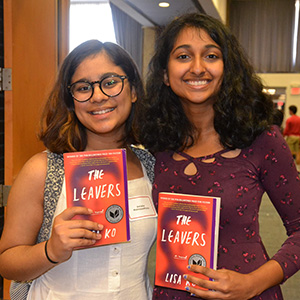 “That relevance to present-day issues was the best thing about the summer reading,” says Amanda Chen of Parsippany. “For the first time, I saw myself and people who looked like me represented in a novel and that was truly empowering. Even more inspiring was meeting and talking with Lisa Ko.”

Although the induction is over, the conversations Ko inspired are not. The semester-long honors colloquium for first-year students titled “Borders and Belonging: Creating a Life in Lisa Ko’s The Leavers” continues to explore the themes of immigration and border crossings. The course includes guest lecturers such as Rutgers political scientist Yalidy Matos and sociologist Ali Chaudhary, and a panel of three SAS Honors Program alums who taught abroad on Fulbright Fellowships.

“We all want to belong, and the politics of belonging is deeply embedded in immigration policy,” said Matos, as she explained to students during the colloquium how the Illegal Immigration Reform and Immigrant Responsibility Act of 1996 is the foundation of the current enforcement programs that use federal, state, and local government collaboration to enforce immigration laws. "The policy and the political discourse are rooted in history—knowing that expands the conversation as a way to move forward."

These large lectures alternate with small discussion sections where students explore how individuals and communities create a sense of belonging while testing the boundaries of “borders” created by racial, ethnic, and religious identities, by norms of gender and sexuality, and by religious, cultural, and political affiliations—all the while building their own community here at Rutgers in the School of Arts and Sciences Honors Program. 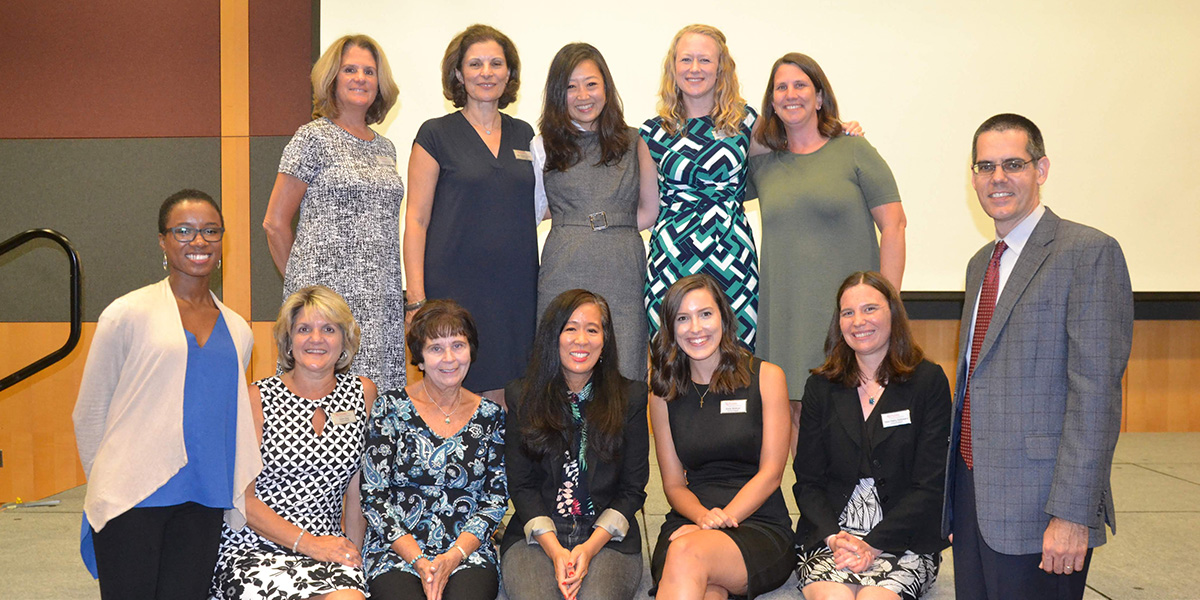