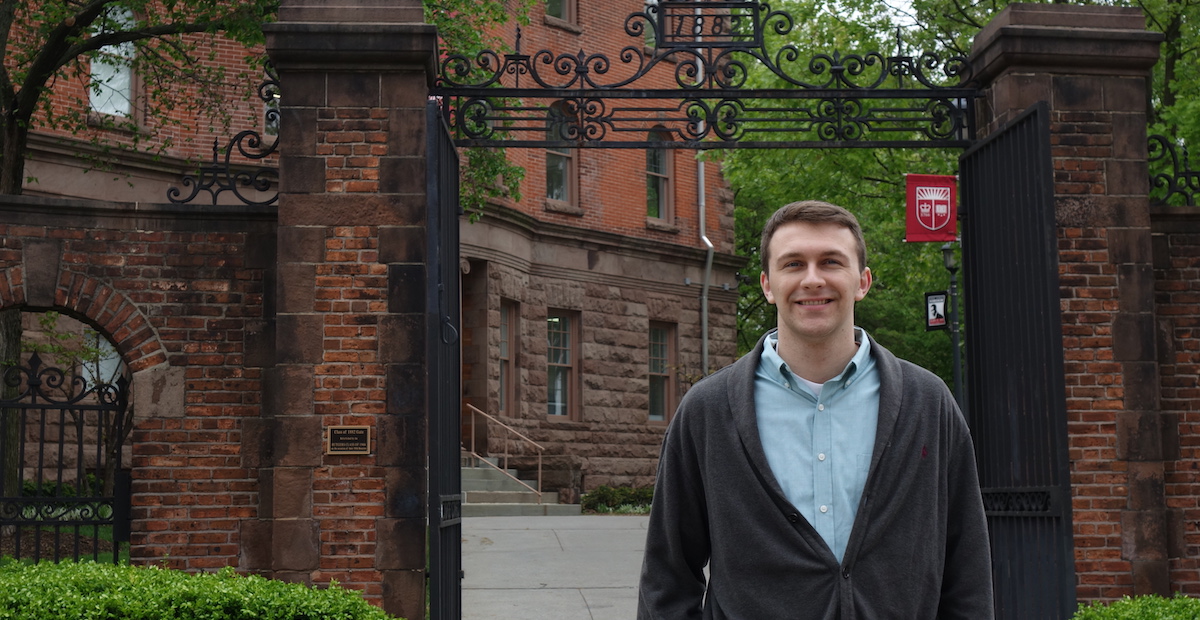 Brent Leoni knew well before his first year at Rutgers University that he would major in English.

“I had a teacher in high school who really woke me up to the powerful ideas you can get through literature,” says Leoni, a Hillsborough native. “At that point, it stopped feeling like school.”

At Rutgers, he has led a heady, creative life, making films, writing essays, and participating in the College Avenue Players theater group.

“My friends call me the man of many hats,” says Leoni, a graduating senior in the Class of 2019. “I like to think I specialize in screenwriting and directing, prose writing, essays, and non-fiction.”

Being an English major really re-wires you

Through it all, he says that the Department of English in the School of Arts and Sciences has served as an intellectual hub, supportive family, and creative incubator in which he developed his writing chops, built relationships and collaborated with other students, and gained inspiration and advice from faculty.

“All of the critical thinking and critical reading that I did as an English major just carried me into endeavors such as filmmaking,” he says. “As a director, you have all of these ideas for what your movie is going to be and all of these thoughts about your actors.

Leoni’s latest short film, Domino, set in an off-campus student apartment in 2003 as U.S forces invade Iraq, will be screened at the 2019 New Jersey International Film Festival. The 23-minute film explores the subtle dynamics and entanglements of a small gathering of students against the backdrop of TV newscasts and music from the era.

“It’s an ensemble hang-out movie,” says Leoni, who will do a Q & A session at the film festival. “You are dropped into the scenario, but hopefully through the character building, you find out about all the inner workings.”

Prior to making Domino, Leoni was planning to make a feature film. But he was encouraged by faculty member Alex Dawson to focus on making another short. 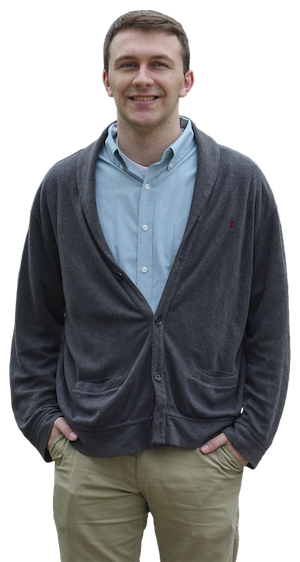 Leoni said his English courses continue to help him grow in ways that are surprising: Developing empathy in a politically polarizing time and improving his attention span amid myriad electronic distractions.

“Being an English major really re-wires you,” Leoni says.

He also took full advantage of the expansive offerings in SAS. He had three minors: creative writing, Italian, and digital communication, information, and media. He did a semester Study Abroad program in Italy. Next year he plans to teach English in Korea.

As he prepares to graduate, he acknowledged that there is a lot he will miss.

There are his friends, many of whom he collaborated with on creative projects, including films. And there's the influence and support of the English department.

“I don’t know if I will ever get this level of education again,” he says. “I won’t have a teacher tell me about black performance theory; I will have to seek that out on my own.

“On the flip side, I am never going to stop learning.”