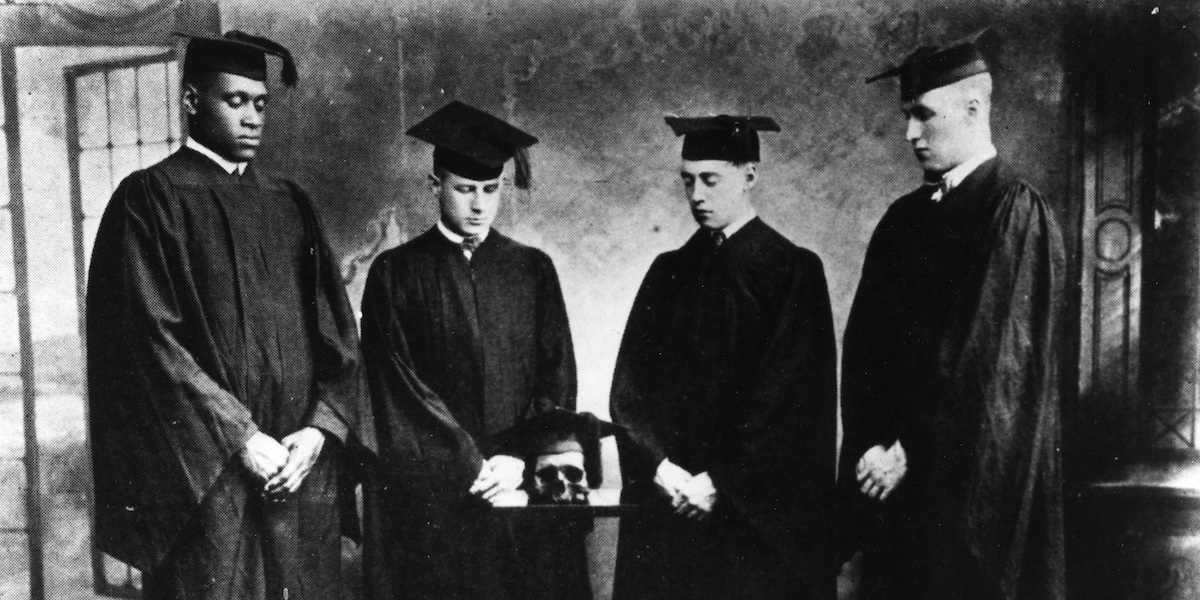 One hundred years ago, Paul Robeson stood center stage before his classmates to deliver the valedictory address for the Rutgers College Class of 1919. His words, printed in full below, still resonate today. Thanking recent World War I veterans for forging a “new American spirit," Robeson charged his audience to join him in the “fight for the great principles for which they contended, until in all sections of this fair land there will be equal opportunities for all, and character shall be the standard of excellence.” Robeson, a world-renowned scholar, athlete, actor, and singer, continued to fight for those principles all of his life, which we are honoring today at Rutgers.

To-day we feel that America has proved true to her trust. Realizing that there were worse things than war; that the liberties won through long years of travail were too sacred to be thrown away, though their continued possession entailed the last full measure of devotion, we paid again, in part, the price of liberty. In the fulfillment of our country's duty to civilization, in its consecrating of all resources to the attainment of the ideal America, in the triumph of right over the forces of autocracy, we see the development of a new spirit, a new motive power in American life.

We find an unparalleled opportunity for reconstructing our entire national life and moulding it in accordance with the purpose and the ideals of a new age. Customs and traditions which blocked the path of knowledge have been uprooted, and the nation in place of its moral aimlessness has braced itself to the pursuit of a great national end. We can expect a greater openness of mind, a greater willingness to try new lines of advancement, a greater desire to do the right things, and to serve social ends.

cherish and strengthen the heritage of freedom

It will be the purpose of this new spirit to cherish and strengthen the heritage of freedom for which men have toiled, suffered and died a thousand years; to prove that the possibilities of that larger freedom for which the noblest spirits have sacrificed their lives were no idle dreams; to give fuller expression to the principle upon which our national life is built. We realize that freedom is the most precious of our treasures, and it will not be allowed to vanish so long as men survive who offered their lives to keep it.

More and more has the value of the individual been brought home to us. Superficially, it would seem that we have acted regardless of individual human lives. But hardly a soldier has fallen who has not left a niche which can never be filled. The humblest soldier torn from his community has left a gap therein, for he was an integral part of it. Through the labors, sacrifices, and devotion, the nation has realized that its strength but reflects the strength and virtue of its members, and the value of each citizen is very closely related to the conception of the nation as a living unit. But unity is impossible without freedom, and freedom presupposes a reverence for the individual and a recognition of the claims of human personality to full development. It is therefore the task of this new spirit to make national unity a reality, at whatever sacrifice, and to provide full opportunities for the development of everyone, both as a living personality and as a member of a community upon which social responsibilities devolve.

provide full opportunities for the development of everyone

We must realize that this has been a conflict, not only immense in area and volume, but profound and complex in issues. It is not now a question of what nations shall survive, but what institutions shall survive. It is not a question of who is the strongest, but of what form of life is the strongest. Willingly have the sons of America sacrificed their lives upon the altar of a great and common cause; that through us that larger and more altruistic form of life might retain a place in the world. We must not betray their trust. In the words of Lincoln, we must take increased devotion to that cause for which they gave the last full measure of devotion. "These dead must not have died in vain." For if their loyalty means anything in the sight of God or man it means that it will find its equal in our loyalty, which growing in that larger knowledge and patriotism which makes human action but the reflection of the divine, will carry to successful fruition the ideals for which these honored ones have sacrificed.

We of the younger generation especially must feel a sacred call to that which lies before us. I go out to do my little part in helping my untutored brother. We of this less favored race realize that our future lies chiefly in our own hands. On ourselves alone will depend the preservation of our liberties and the transmission of them in their integrity to those who will come after us. And we are struggling on attempting to show that knowledge can be obtained under difficulties; that poverty may give place to affluence; that obscurity is not an absolute bar to distinction, and that a way is open to welfare and happiness to all who will follow the way with resolution and wisdom; that neither the old-time slavery, nor continued prejudice need extinguish self-respect, crush manly ambition or paralyze effort; that no power outside of himself can prevent a man from sustaining an honorable character and a useful relation to his day and generation. We know that neither institutions nor friends can make a race stand unless it has strength in its own foundation; that races like individuals must stand or fall by their own merit; that to fully succeed they must practice their virtues of self-reliance, self-respect, industry, perseverance and economy.

practice their virtues of self-reliance

But in order for us to successfully do all these things it is necessary that you of the favored race catch a new vision and exemplify in your actions this new American spirit. That spirit which prompts you to compassion, a motive instinctive but cultivated and intensified by Christianity, embodying the desire to relieve the manifest distress of your fellows; that motive which realizes as the task of civilization the achievement of happiness and the institution of community spirit.

Further, the feeling or attitude peculiar to those who recognize a common lot must be strengthened; that fraternal spirit which does not necessarily mean intimacy, or personal friendship, but implies courtesy and fair-mindedness. Not only must it underly [sic] the closer relations of family, but it must be extended to the broader and less personal relations of fellow-citizenship and fellow-humanity. A fraternity must be established in which success and achievement are recognized, and those deserving receive the respect, honor and dignity due them.

character shall be the standard of excellence

We, too, of this younger race have a part in this new American Idealism. We too have felt the great thrill of what it means to sacrifice for other than the material. We revere our honored ones as belonging to the martyrs who died, not for personal gain, but for adherence to moral principles, principles which through the baptism of their blood reached a fruitage otherwise impossible, giving as they did a broader conception to our national life. Each one of us will endeavor to catch their noble spirit and together in the consciousness of their great sacrifice consecrate ourselves with whatever power we may possess to the furtherance of the great motives for which they gave their lives.

And may I not appeal to you who also revere their memory to join with us in continuing to fight for the great principles for which they contended, until in all sections of this fair land there will be equal opportunities for all, and character shall be the standard of excellence; until men by constructive work aim toward Solon's definition of the ideal government-- where an injury to the meanest citizen is an insult to the whole constitution; and until black and white shall clasp friendly hands in the consciousness of the fact that we are brethren and that God is the father of us all. 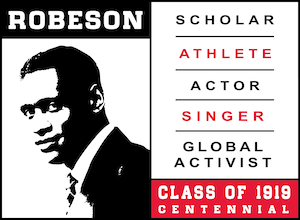 Paul Robeson is one of Rutgers University’s most distinguished alumni and the quintessential 20th century Renaissance man.

In 2019, Rutgers marks the centennial anniversary of Robeson's graduation from Rutgers College in 1919. In recognition, our community honors his achievements as a scholar, athlete, actor, singer, and global activist in a yearlong celebration featuring lectures, performances, art exhibitions, and more.