Drawn to Public Service, He Found a World of Experience at Rutgers

Lessons learned in and out of the classroom 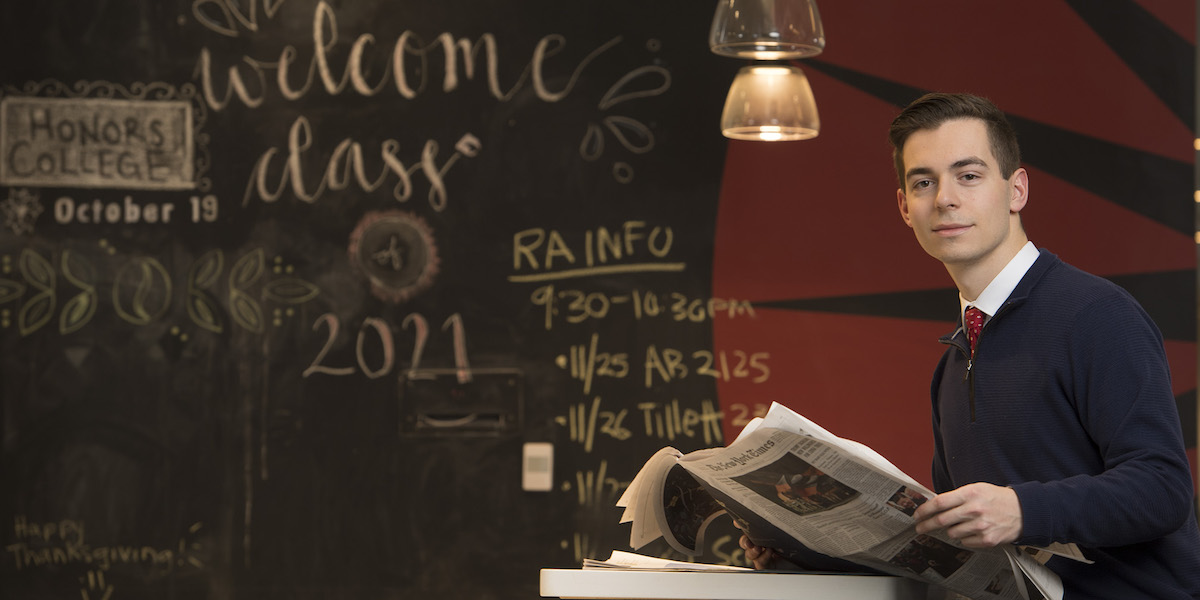 Nicholas Pellitta was in high school when he decided to pursue politics.

The Hunterdon County native participated in the YMCA’s Youth and Government program and served in the highest student role, youth governor of New Jersey. He went to Washington, D.C. for a weeklong conference, meeting students from across the nation, interacting with government officials, and getting a taste of what it’s like working in public service.

“I totally fell in love with it,” says Pellitta, a School of Arts and Sciences and Rutgers Honors College graduating senior in the Class of 2019. “It felt like I was among people who really wanted to make a difference.”

At Rutgers, he found the ideal academic program to build on that youthful passion: majors in political science and economics, and minors in Spanish and international and global studies. Earlier this year Pellitta was named a Schwarzman Scholar and will spend a year at a Chinese university earning a master’s degree in global affairs.

Take the time to find your passion at Rutgers.

When looking back on it all, Pellitta says that some of the most formative experiences as a Rutgers undergraduate were ones that he had never expected or anticipated when planning his academic career.

There was, for example, the trip he took to Northern State Prison as a student in professor Milton Heumann’s advanced political science seminar. Pellitta and his classmates toured the facility, met with inmates, and spoke to corrections officers. Afterward, he dug into the history and found that no sitting president had ever visited a prison until Barack Obama did in 2015.

“It hit home to me how certain populations go entirely ignored by the broader political system,” Pellitta states. “It’s interesting that throughout the ‘80s and ‘90s we had government officials talking about cracking down on crime, but none ever visited a prison to see what conditions were like.”

Another indelible experience was being among the first cohort of students to attend Rutgers Honors College. Pellitta served as the college’s first student advisory board president, a role that required leadership, planning skills, and occasional acts of improvisation.

“It was an experiment to help the deans figure out what works to improve the student experience,” he observes.

“You try out an event and nobody shows up. What do you do? You learn to be resilient and say, ‘Okay, this is not what the community is looking for. Let’s go back and try something else.’”

Pellitta will leave in August for Tsinghua University in Beijing, where he will join 146 students from around the world who have been selected as Schwarzman Scholars. When he returns, he plans on going to law school.

One of the enduring qualities of Rutgers, he says, is people—deans, faculty, fellow students—all of whom helped him in ways small and large.

“If you take the time to find your passion and seek out the right resources, there are so many people here who are willing to help elevate you to whatever your goals might be,” he says.