“I was drawn to the potential for improving the quality of life for society and humanity.” 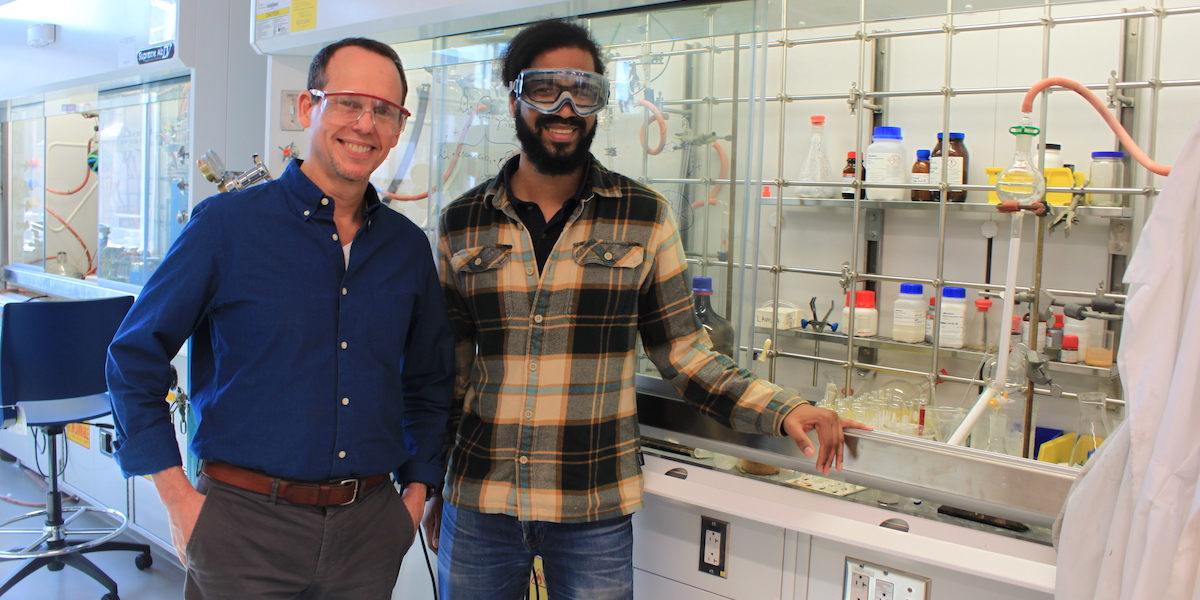 Tariq Bhatti’s career was finally starting to take off.

After graduating in 2009 with a bachelor’s degree in chemistry, he struggled through the Great Recession, working in retail and at his father’s gas station. But eventually he began landing jobs in the chemical industry, including W.R. Grace, the multi-billion dollar conglomerate, where he served as an analytical chemist.

“My last position at Grace was really great,” says Bhatti, a University of Maryland graduate. “They trusted me with important problems while giving me generous support and mentoring."

Yet something was missing during the five years Bhatti spent in industry. He felt restless, though his passion for chemistry was as strong as ever. Some of the most intriguing questions he wanted to investigate were considered tangential because they were unrelated to business.

An offhand comment by one of his supervisors got him thinking in a new direction.

“He said that if those are the questions that interested me, then I ought to go to graduate school,” he says. “So I did.”

Today, Bhatti is a Ph.D. candidate at the Rutgers University School of Graduate Studies, where he works on the research team of Alan Goldman, a professor of chemistry and chemical biology in the School of Arts and Sciences. In Goldman’s lab, Bhatti is pursuing the questions that fascinate him, and conducting experiments that could have enormous impact on the environment and energy production.

“I was really drawn to Dr. Goldman’s lab for the potential for improving the quality of life for society and humanity,” Bhatti says.

And with Goldman, a 30-year veteran at Rutgers and a Distinguished Professor, he has found the ideal mentor and collaborator.

“When I walked into Alan’s office for the first time, there were papers everywhere and a chalkboard covered with formulas and drawings of molecules,” Bhatti recalls. “He was explaining something to me and had to take a moment to pause before deciding which ones he should erase.”

The Goldman Group, comprised of eight graduate students and a post-doc, specializes in organometallic chemistry—using metal atoms and organic molecules to make chemical transformations. The lab seeks to develop catalysts to produce society’s most important chemicals using less energy and with less waste. 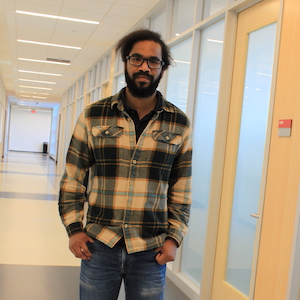 Among those chemicals is ammonia, used to make fertilizer to grow the world’s food supply. Since the early 20th century, ammonia has been produced through the Haber-Bosch process, which combines nitrogen and hydrogen. This monumental breakthrough allowed fertilizer to be produced on an industrial scale. But the process, which requires high levels of heat and pressure, burns staggering quantities of natural gas and releases large amounts of carbon into the atmosphere.

“It’s an important process, obviously, because it allows us to eat,” Goldman says. “But it would nice to do that without the environmental impact.”

Toward that end, Goldman’s lab is collaborating with scientists from the University of North Carolina at Chapel Hill and Yale University in a National Science Foundation-funded project to develop new chemistry that would produce ammonia without reliance on fossil fuels, in part by obtaining the hydrogen from water, and using renewable electricity.

Another of the lab’s major projects could ultimately lead to the production of clean-burning synthetic diesel fuel through the development of a two-step catalytic process to convert simple hydrocarbon molecules.

“We are focused on the basic chemistry and where it can take us,” says Goldman in describing the overall mission of his lab. “Whether it can take us to sustainable production of ammonia or to synthetic fuel, we look for important applications of the interesting, fundamental chemistry.”

Bhatti has enjoyed the change from industry to academia. “I have more time to study a particular problem or question, and to really understand not just which reaction might work, but why it works and how it works,” he explains.

He still keeps in close contact and has productive working relations with industry. Indeed, he received a one-year fellowship from BASF Corporation last year.

Bhatti didn’t automatically gravitate to organometallic chemistry. As an undergraduate he was interested in the human health applications of chemistry, such as drug development. But he was wary of the economic woes affecting the pharmaceutical industry in the early 2000s.

“Then around 2011 I saw a really cool paper on turning carbon dioxide into methanol by this triple catalyst system,” he says. “That piqued my interest in organometallic chemistry.”

Goldman had a similar moment of discovery at around the same age. He was a graduate student at Columbia University when scientists discovered the potential for reactions between the type of organometallic complexes he had been working on and simple hydrocarbon molecules, known as alkanes, which are the major constituent of petroleum. 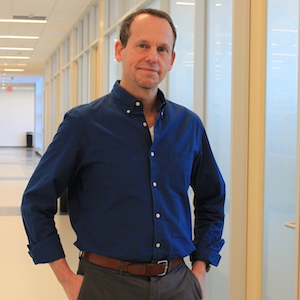 “Alkanes are the simplest and most abundant organic molecules and were regarded as nearly impossible to use for controlled chemical reaction,” he explains. “The idea of doing transformations on the simplest molecules, and at the same having an understanding that they are the most important molecules, has always been compelling to me.”

Beyond the potential benefits of their work, Bhatti and Goldman say there is an enduring beauty and mystery to their field. Bhatti recalls taking a class in art theory and learning about Emmanuel Kant and his understanding of beauty.

“To Kant, beauty was not just something that looks nice, but something that arrests you and makes you feel humbled,” Bhatti says. “I think that is what organometallic chemistry is. You see things that are so striking, it seems that nature is sharing a secret.”

Goldman agrees. “There is a very visual beauty in molecules, but it goes deeper than that. It’s the beauty of solving a puzzle where the solution is a deep understanding of how something works.”