A showcase for Spanish and Portuguese covers film, literature, linguistics 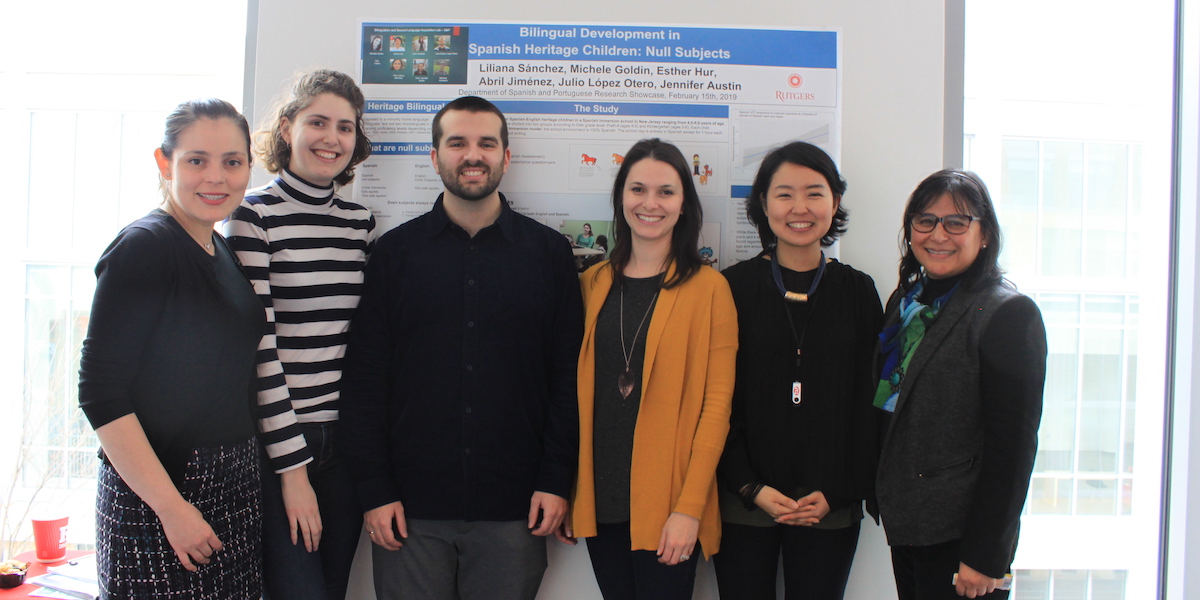 Faculty and student scholars in the Department of Spanish and Portuguese presented their research to the Rutgers University community last week, covering literature, film, linguistics, and language education and translation.

The department’s first-ever research showcase was held at the Rutgers Academic Building and included posters, presentations, and discussions.

“It's so important to communicate to the public about what we do in the humanities,” says department Chair Marcy Schwartz. “We are proud of the work we do teaching languages but we do much more than that.”

Indeed, the research included an examination of Colombian cinema and its handling of the decades of war between leftist guerrillas, right-wing paramilitary forces, and the Colombian military. Other projects, meanwhile, focused on linguistics and language education, addressing issues related to bilingual education in New Jersey and the learning needs of second-language speakers.

Schwartz says that research showcases are becoming more prevalent in the humanities. She noted that the Rutgers School of Graduate Studies and the Modern Language Association have been encouraging scholars to develop concise, dynamic presentations as an ideal way to share research with general audiences.

“Everyone knows what lab experiments are and how scientists do research, but sometimes it's unclear what humanities research looks like,” Schwartz says.

Faculty members, graduate students and some undergraduates each gave three-minute presentations in addition to posters. The showcase transformed the corridor on the fifth floor of the Academic Building into a lively setting akin to an art exhibition, with people breaking off into small groups to discuss research and eventually gathering together for lunch.

“Along with sharing our research with the campus community, we also learned a lot from one another,” Schwartz says. 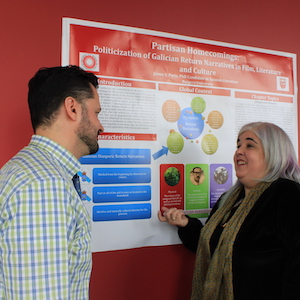 Jaime Paris, a doctoral student, wants to become a professor and teach Spanish and Latin American literature. His research project explores literary narratives of return with a special focus on his native homeland of Galacia, an autonomous, historic community in Spain’s northwest.

“In many studies of immigration, the focus is often on departure or the adapting to life of the emigrant abroad,” Paris says. "But I knew that from my region, there is also an obsession of return to the homeland.” 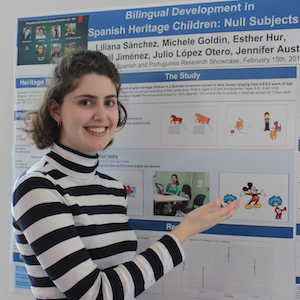 Marissa Schwartz, an undergraduate, is part of a team led by Professor Liliana Sanchez exploring bilingual development in Spanish heritage speakers. This project included studying the language skills of students attending three Spanish immersion schools in New Jersey. Among the group’s conclusions was a finding that the students who spoke mainly Spanish at home—in addition to attending the immersion schools—had a grasp of Spanish that was more consistent with native Spanish speakers. 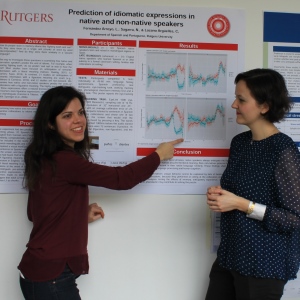 Prediction of Idiomatic Expression in Native and Non-native Speakers

Laura Fernandez Arroyo (left) is a doctoral student who studies bilingualism and second language acquisition. Her research explores the challenges that speakers of a second language have in understanding and producing figurative and idiomatic language.

“I want to keep doing research and apply the findings to teaching, so that we can improve education for second-language students,” she says. 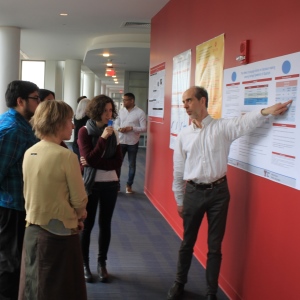 A research team led by professor Jose Camacho focuses on the effect of language choice on decision making among heritage speakers of Spanish. “These decisions may involve risk calculation with an emotional cost attached," Camacho says. "In the past, research has found that people have different biases when making those decisions and also that they make them more "rationally" if they do it in their second language, so we explore whether this is also true when you are bilingual from very young." 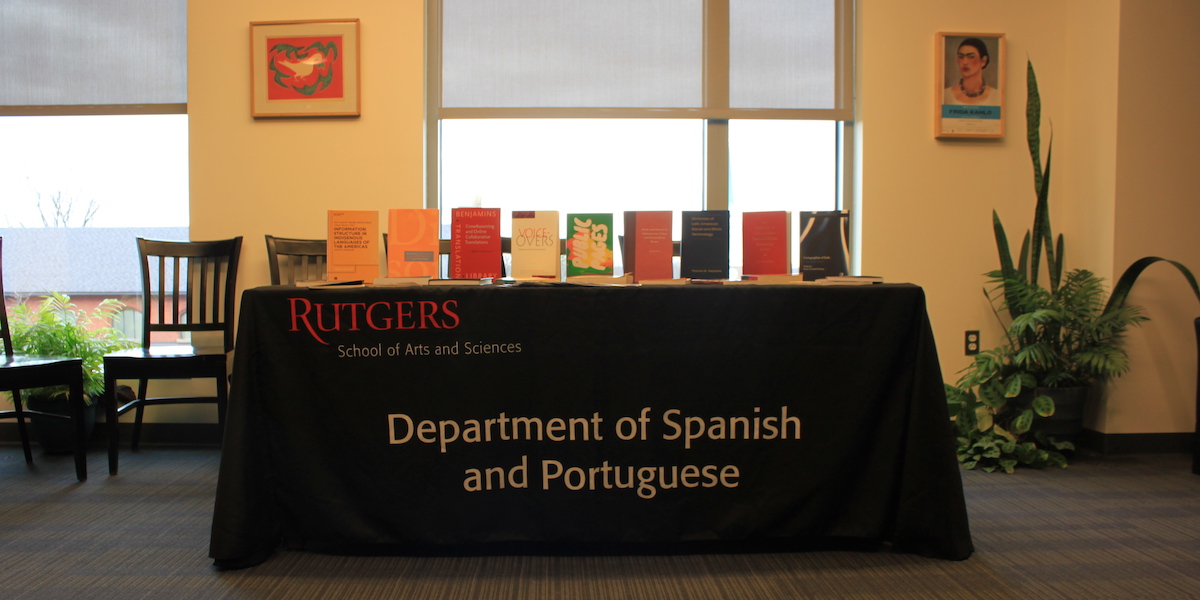