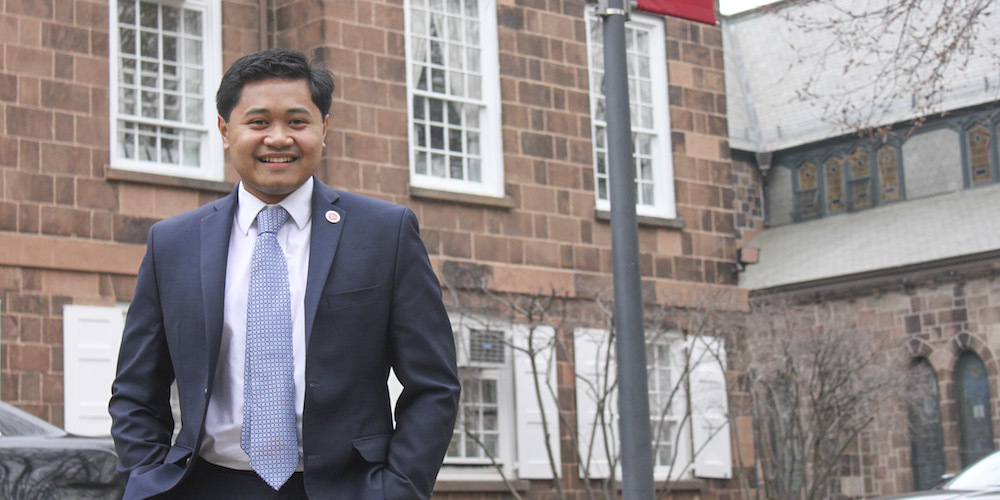 It was 2016 and the Rutgers University undergraduate was studying in France at a time of political upheaval. The National Front, the far-right party founded by Jean-Marie Le Pen and now led by his daughter Marine Le Pen, was ascendant.

“It was all over the newspapers and television,” says Capangpangan, a senior in the School of Arts and Sciences. “I found it shocking that 25 percent of the people in the country believed and supported the message that they were putting out.”

Capangpangan returned to New Brunswick at the end of  the year, but kept a close watch on French politics. Centrist Emmanuel Macron won the 2017 presidential election decisively, but Marine Le Pen captured 33 percent of the vote with a campaign that warned darkly against immigrants, Islam, and globalization.

I was drawing from both of my academic passions, French and political science, and also the personal experience I had when I was living in France and seeing what was happening.

“At that point I wasn’t totally surprised because of what had happened in the United States with the 2016 election,” Capangpangan says. “But I had this idealized notion of France and I was profoundly disturbed that the National Front had reached the level of popularity that it had.”

Capangpangan, double majoring in French and political science, was also intensely curious about how it all happened. He yearned to take an in-depth look. So he returned to France in early 2018 and interviewed about a dozen members of the National Front, everyone from student activists to regional officials to national party leaders. His research will fuel his honors thesis.

“It was incredible,” he said. “I was drawing from both of my academic passions, French and political science, and also the personal experience I had when I was living in France and seeing what was happening.”

The research also dovetailed with the work he had been doing as an intern at Eurasia Group, the global consulting firm that analyzes political developments around the world and provides risk assessment.

“I was learning about the risks that the rise of anti-democratic movements can have on the private sector, and on societal institutions at large,” he said. “So my curiosity was really piqued.”

Capangpangan received financial support for his project from the Aresty Research Center and the Department of Political Science. He was able to find interviewees from contacts supplied by his thesis advisor and European studies scholar, Professor R. Daniel Kelemen.

But nothing could’ve prepared him for the reality of meeting face-to-face with members of the National Front. Capangpangan, who was born in the Philippines, said the experience was both intriguing and unsettling.

“I was repeatedly asked, ‘what is the origin of your last name?’’’ he said. “I’d tell them I am Filipino, and they’d be taken aback and kind of humbled. Here is this American person of color speaking French.” 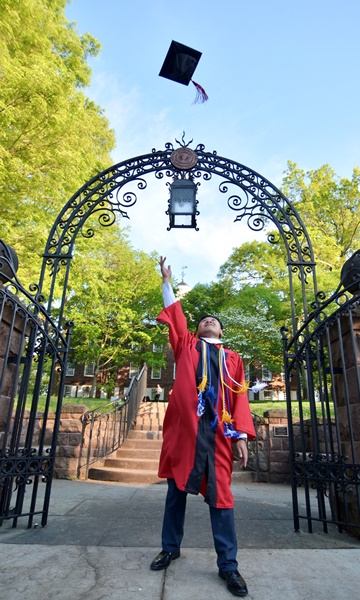 But he also said that the interviews went smoothly, and that party members were cooperative and professional.

“I was not there to judge or confront,” he said. “I was there to do research.”

Marine Le Pen is considered more nuanced than the party’s old guard, which has roots in the Nazi collaborators of Vichy France. She severed ties with her father, and sought to project a cleaner image during the last election.

Capangpangan questioned his interviewees at length about race, and received responses that reflect a deeply-held “French first” worldview.

“A lot of them said they don’t care about race as long as people put French culture and ideas before themselves,” Capangpangan said. “This is a party that really believes in the nation-state, and the notion that people must abide by the same cultural, religious, and unspoken rules about society.”

And that, he noted, is antithetical to the American practice of declaring hyphenated identities and heritage.

“I love that I can identify as a Filipino American,” he said. “There is not that idea in France. You are only French.”

Meanwhile, he added, the National Front is not going away anytime soon.

“If the Macron presidency doesn’t turn out well, the party is going to be stronger,” he said. “There is a lot of pain in the French countryside. Unemployment is high, and the National Front has convinced a significant number of people that it will preserve their culture and protect their jobs.”