The Art that Challenged an Authoritarian State 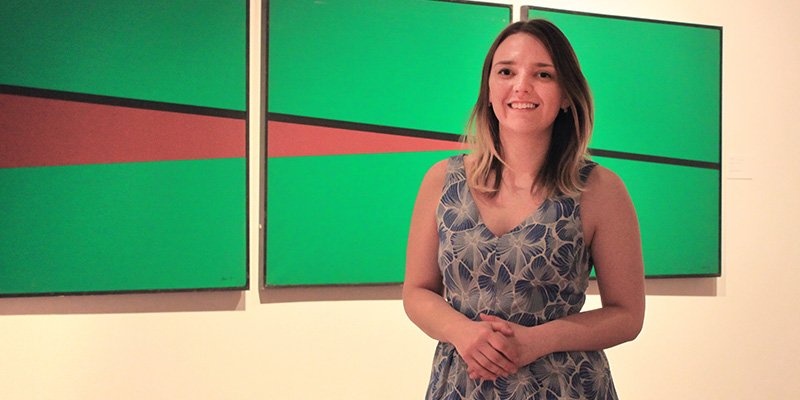 Anna Rogulina was born in Russia, moved to the United States at age 10, and developed a passion for art history and Russian studies as an undergraduate at Vassar College.

“I pretty much had one foot in each department,” she says.

After earning her bachelor’s degree, and working as an assistant curator, Rogulina felt ready to move more deeply into her field. She wanted to immerse herself in the Russian art that fascinated her, and build the advanced skills to thrive in the art world.

The path led to a doctoral program at the Rutgers University School of Graduate Studies, where she studies under Jane Sharp, a noted scholar of Russian art in the Department of Art History in the School of Arts and Sciences. She also has access to the renowned Norton and Nancy Dodge Collection of Nonconformist Art from the Soviet Union at the Zimmerli Art Museum.

Rogulina recently curated an acclaimed exhibition that drew from the Dodge collection and shed new light on the work of artists who risked their livelihoods and, in some cases, their lives in challenging the limits set on artistic expression by the Soviet Union.

The exhibition A Vibrant Field: Nature and Landscape in Soviet Nonconformist Art, 1970s-1980s  ran from March 4 through October 1.

The Dodge collection consists of some 20,000 pieces of nonconformist art created between 1956 and 1986 by nearly a thousand artists living in the former Soviet Union.

“There is nothing else like it, not in Russia, not in any other country,” says Rogulina.

She selected about 60 pieces for her show, emphasizing works that present a dark depiction of nature, breaking from the Socialist Realism style approved by the Soviet government, which portrayed life under communism with heroic, optimistic grandeur.

“These are not the idyllic views of nature that the Soviet government would produce in their official imagery,” she says. “My goal was to assemble a breadth of material that explores how artists related to the natural world as it was undergoing tremendous change.” 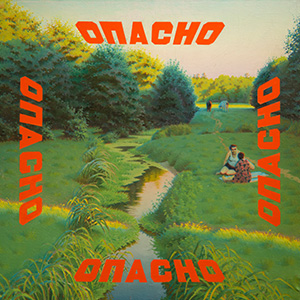 Erik Bulatov’s oil painting, Danger, for example, depicts a peaceful setting in the countryside disrupted by the Russian word for “danger” screaming out in red on all sides.

The title of another painting, Subbotnik, refers to the Soviet tradition of setting aside one day a week for volunteerism, such as community cleanups—an idealistic practice meant to promote socialism through labor. But the devastating painting by Olga Grechina shows two women overwhelmed by mountains of garbage.

Two prints by Vello Vinn, meanwhile, offer a more coded commentary. Rogulina connects the prints to a protest movement in the late 1980s over Moscow’s plan to expand mining for phosphates in northern Estonia. The two prints—one showing Estonia inside a candle and another in an hourglass—suggest that the country is merely a pawn of Moscow, Rogulina says.

“But because Vinn embeds Estonia in vessels that represent time passing, he suggests the possibility of change,” she added.

Rogulina  presented the exhibit to the public in an evening event that drew dozens of students as well as a number of interested spectators from across the region, including Irene Etkin Goldman DC’65, who was a Russian studies major.

“She put together a phenomenal show,” Goldman says. “I’ve seen a lot of these works from the Dodge collection in different exhibits. And I think it’s very hopeful that young people can see something new in them, develop their own ideas, and present fresh perspectives to the public.”

Rogulina worked on the exhibition as a Dodge-Lawrence Fellow, a program that supports graduate students working with the Zimmerli’s Russian and Soviet art collections.

Sharp says the program benefits both students and the public.

“We focus on creating exhibitions that can be shared with the university and the wider public,” Sharp says. "These exhibitions enable students to refine their research interests for their dissertations, while contributing invaluable material and insights into Dodge collection artworks."

"It’s amazing to be able to pursue my studies with Professor Sharp and have access to this collection,” she says. “It was definitely an opportunity for me to carry out original research on the subject while working directly with the artwork.”.

The project also served as an indelible lesson in the empowering and redemptive role that art plays in repressive societies.

“These artists and their communities relied on this work for their survival—and their sanity,” Rogulina says. “It really made me reflect on the social experience created through the arts and how it sustains these networks and communities.”