Meet the Arts and Sciences Class of 2017 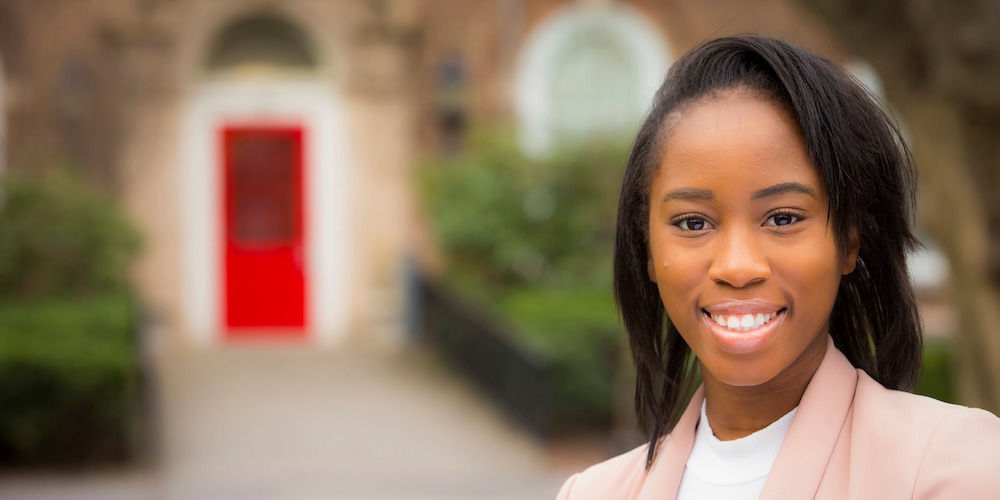 Manessa Lormejuste loves France, has a talent for science, and thinks a lot about healthy skincare.

So at Rutgers she designed the ideal undergraduate experience: She majored in chemistry, minored in French, and landed an internship in the laboratories of L’Oréal.

The Linden native graduates May 14 from the School of Arts and Sciences (SAS) and plans on starting a full-time job at the L’Oréal facility in Clark, N.J., while continuing her education in a Master of Business and Science program at Rutgers with a concentration in personal care science.

A self-described “girly nerd,” Lormejuste likes to joke about her penchant for shattering stereotypes.

“I love clothes. I love makeup. And pink is my favorite color,” she quips. “But at the same time, I’m very technical, I love science, and I enjoy working in a lab environment.”

She finds it fascinating, and inspiring, that by working with chemicals she could create personal care products that reach new levels of safety, effectiveness, and affordability.

“What I want to do is work in skin care with different active ingredients, exploring their effect on the skin,” says Lormejuste, a student in the SAS Honors Program. “I’d love to develop a really effective moisturizer that could be sold at an economical price point.”

As a chemistry major she said she had a particularly valuable stint working in the lab of the New Jersey Center for Biomaterials. And she praised Professor Gene Hall in the Department of Chemistry and Chemical Biology for encouraging her to pursue a PhD, even though her goal was to work in the industry.

“He stressed the importance of not limiting myself, particularly as an African American woman,” she said.

For now, her dream is to live in Paris and work at one of the major cosmetic companies.

The daughter of Haitian immigrants, Lormejuste grew up absorbing Francophone culture, including knowledge of French and Haitian Creole.

But with her French minor she developed a new facility with the language and deepened her understanding of French culture. She also participated in the Summer in Paris program through the Department of French and Study Abroad.

“It was an absolutely fantastic experience, and it was particularly effective to do it while I was still  taking courses,” she said. “I returned with a better command of French and deeper love for Paris.”

Looking back at her four years in Arts and Sciences, she said the essence can’t be reduced to a single course, program, or professor.

“It’s really the combination of experiences—the labs, the internship, the travel, and the people—that help you grow, develop, and reach your true potential.”

Manessa Lormejuste is a Louis Stokes Alliance for Minority Participation scholar, a program that works to increase the number of underrepresented minorities in STEM fields. She also received a scholarship to Rutgers in honor of James Dickson Carr, the first African American graduate of Rutgers.