His Research Mission: Solving the Mysteries of Mental Illness

From hesitant undergrad to graduate student in neuroscience

Andres Villegas grew up in Elizabeth, the son of a single mom who had emigrated from Ecuador.

He was uncertain about his future, and undecided about college. 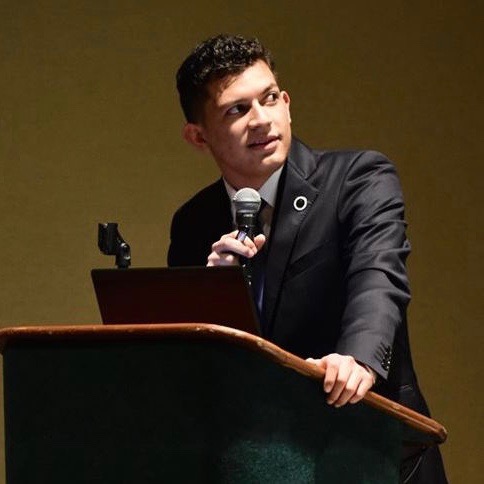 “I felt lost in high school,” Villegas says. “I didn’t know what I wanted to do in life.”

But at Rutgers he found his calling in the research labs of scientists breaking new ground in the study and treatment of mental illness. Villegas emerged as a top student in the competitive field of neuroscience, leaving a lasting impression on his professors.

“Andres is among the brightest undergraduate students that I have encountered in 30 years at Rutgers,” says Sidney Auerbach, a professor in the Department of Cell Biology and Neuroscience, who advised Villegas.

Villegas SAS'17 was accepted into a prestigious Ph.D program in neurobiology and behavior at Columbia University. He’s committed to working on research aimed at finding new treatments for psychiatric illnesses such as schizophrenia and bipolar disorder.

“I feel an obligation to do whatever I can to contribute to this field,” he says. “These disorders are so prevalent in our society and cause so much suffering, but we are still uncovering the mechanisms by which they manifest.”

Villegas decided on his major after meeting with Auerbach, who studies serotonin and its role in treating depression. Over the course of his undergraduate career, Villegas worked in the labs of professors Ronald Hart, of cell biology and neuroscience, and Zhiping Pang of the Robert Wood Johnson Medical School.

“Thanks to my professors, I’ve explored possibilities at Rutgers that I never imagined,” Villegas says. “And what I have come to realize is that I love doing research and teaching.”

Hart said he was struck by the thoughtfulness and maturity in Villegas’s senior thesis, which explored a protein implicated in Ataxia Telangiectasia, also known as Louis–Bar syndrome, a rare, neuro-degenerative disease.

“The best part was the discussion section where he integrates what he learned from other research with his own work,” Hart says. “Many undergraduates find this difficult but Andres wrote a broad, imaginative discussion linking many complex ideas together.”

Thanks to my professors, I’ve explored possibilities at Rutgers that I never imagined

His successes were not limited to the sciences. Villegas was selected by the English department as a composition tutor for undergraduates. He credits Jaqueline Loeb, of the Douglass Writing Center, with helping him improve his own writing during his first year at Rutgers.

Villegas says it’s fitting that Commencement took place on Mother’s Day in 2017. His mother guided him with kindness and wisdom while working as a home health aide to support the family.

“She didn't push me to go to college in the sense that it was this big obligation,” he says. “She just made it plain throughout my upbringing that a college education would bring a great sense of fulfillment. I always felt that she would be happy with any decision that I made, so nothing I ever did felt like a burden.”