Guiding Rutgers Students on the Road to Medical School 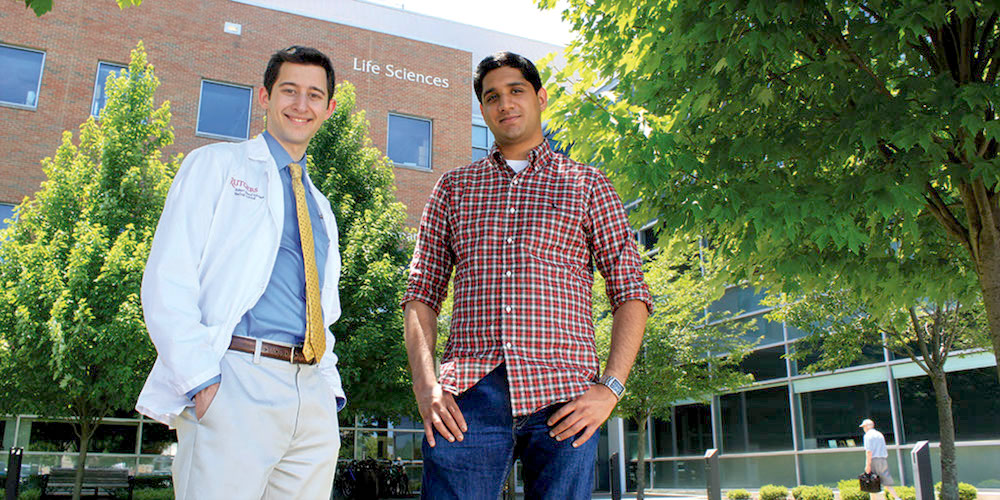 Nikhil Jain figured Rutgers would be “a piece of cake” on the way to medical school.

But after a humbling first year, he began having doubts.

“My GPA wasn’t competitive for medical school,” Jain says. “I was considering a ‘180’ into business finance.”

Enter the Rutgers Health Professions Office, or HPO, a dedicated group of advisers who’ve prepared thousands of Rutgers students for competition in the battleground of medical school admissions.

After a frank discussion with the HPO staff, Jain devised a comeback plan that included a greater focus on time management and study habits.

“I owe a lot to the HPO,” Jain said. “They were quite candid with me that I was in a tough spot, and they helped me sort out exactly what it was I needed to do.”

For longtime HPO director Bruce Babiarz, it’s all in a day’s work.

“Everybody who walks through our door has a different problem, a different story, a unique set of circumstances,” says Babiarz, an SAS professor in the Department of Cell Biology and Neuroscience. “Our job is to help them make the right decisions. It keeps you on your toes.”

The HPO, part of the Division of Life Sciences, was founded in 1988 by W. Robert Jenkins, a now-retired professor of biological sciences. The office currently has about 3,000 students on its rolls - twice the number it had in the late 1990s. And each year advisers work directly 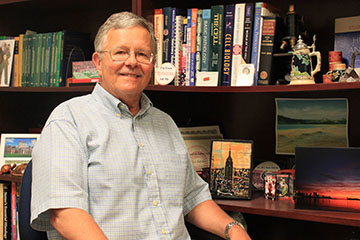 with up to 700 students applying to medical and dental schools, as well as other professional health programs.

“It gets more intense every year,” Babiarz says. “We have parents of high school students calling us up with lots of questions.”

On any given day, Babiarz, assistant director Elizabeth Vogel and other staffers advise students on specific courses and sequences, extracurricular and gap year activities, and opportunities for research and clinical experience.

Then there’s the job of keeping students on track.  Sometimes that means giving a pat on the back or an inspiring pep talk.

“We’re the only unit at Rutgers with a Kleenex budget,” Babiarz jokes.
"We definitely try not to give false hope. But sometimes you have to reasssure someone who's working really hard that just because they got a C in chemistry doesn't mean they can't go to medical school.

"Then they say: 'You are the first person to ever tell me that. And they leave feeling really invigorated and ready to go and try their best.' ''

Other times staffers have to do a bit of academic trouble shooting.

“A student may have a bad year so they decide to pile on this incredible number of courses to prove they can do it,” Babiarz says. “We say: Don’t do that, you are going to dig a deeper hole.”

Jain, who was in the top 1 percent of his class at high school, says the HPO helped him figure out where he had gotten off track in his first year at Rutgers.

“I was always an 11th-hour student,” he says. “And the lesson was that you can’t do that anymore when you get to this level.”

Rutgers alumni praise the office for guiding them through a thicket of deadliness, details and decisions – and always with a caring attitude and sense of humor.

“They’re really good at crisis control,” says Jared Reichenberg, a 2012 SAS graduate now in his third year at Robert Wood Johnson Medical School. “For me, they could always answer those harder questions like: ‘instead of taking calculus can I take an upper-level of statistics course?’”

Pediatrician Samantha Leib became acquainted with the HPO as a Rutgers student in the 1990s and ended up working in the office for most of her undergraduate years.

“It’s a warm, friendly place, and Bob Jenkins was my mentor,” says Leib who practices at Union Hill Pediatrics in Manalapan. “I came, I stayed, and I never left.”