She was a dedicated humanities student, majoring in Jewish studies, with a passion for probing the underlying meaning of scripture.

“I actually wrote my senior thesis on biblical interpretation,” said Syvarth, who graduated in 2013 from the School of Arts and Sciences (SAS). “It was a literary interpretation.”

But last spring, needing a science course to fulfill graduation requirements, she signed up, with some trepidation, for an elective in physics. To her surprise, the course was her favorite for the semester, and left her curious about matter, energy, and the origins of the universe.

“I would never have thought that in my life,” she declared. “But I loved that class.”

She is not alone. The course, Concepts of Physics for Humanities and Social Science Students, is providing a compelling mix of science and contemporary issues, drawing undergraduates from fields as diverse as accounting, psychology, and English. 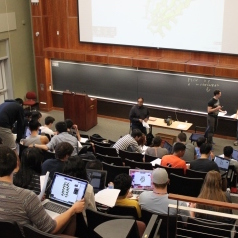 “It’s really a connection between things we see in the real world and some fundamental concepts in physics,” said Professor Saurabh Jha.

“We brought in new blood,” Jha said. “The graduate students worked for months making the course more relevant than a single faculty member could do.”

The course focuses on four major themes – energy, the universe, the subatomic world, and emergent phenomena – with each thematic unit taught by a graduate student. Built into each theme are topics ranging from the atomic bomb to alternative energy sources to the earth’s place in the universe.

The students also learn how to do physics, employing basic math skills to work with equations and build quantitative models. 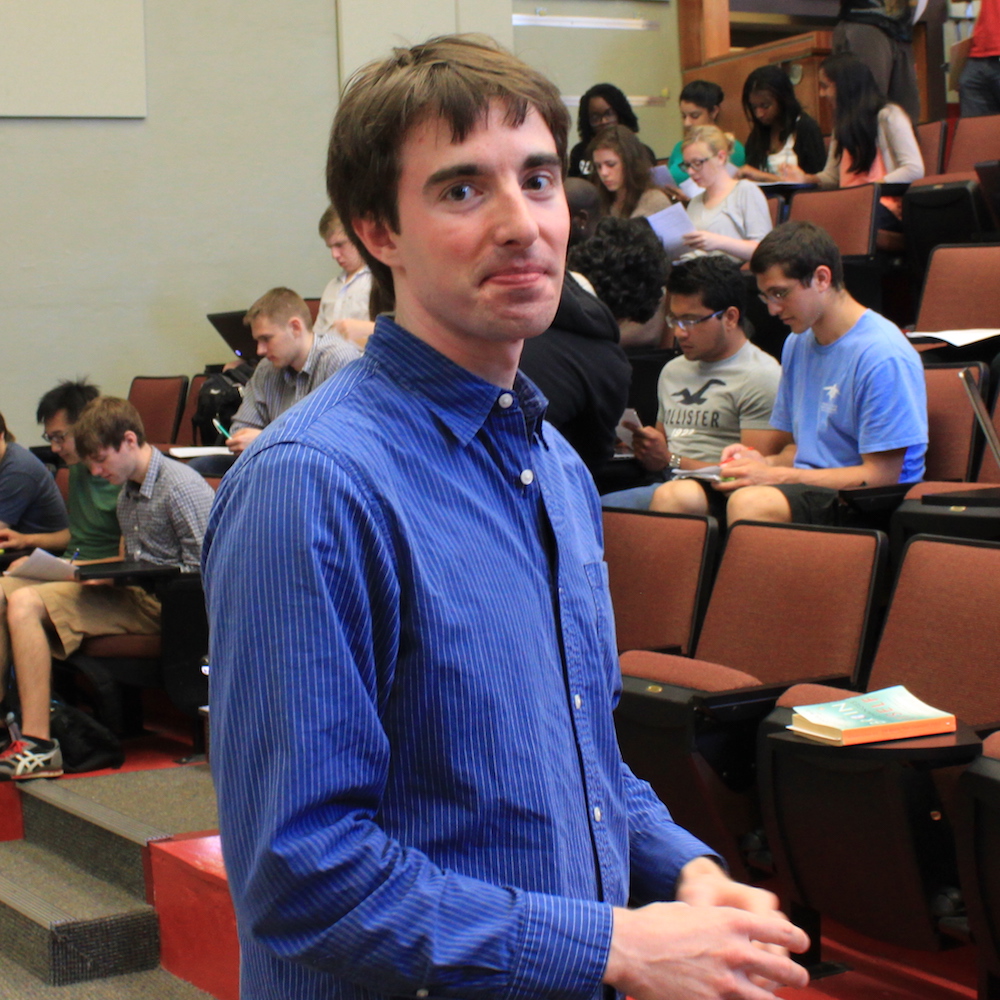 “This is completely unlike the way this course has been taught before – both at Rutgers, and at probably any other university,” said Michael Manhart, one of the graduate students helping to lead the class, along with Aatish Bhatia, Deepak Iyer, and Simon Knapen.

During one class, Manhart was discussing the folding of proteins in the body when he asked students point blank: “Why is this even important?”

Because, he continued, understanding proteins helps scientists unlock the mysteries of afflictions like Alzheimer disease, Parkinson’s disease, and cystic fibrosis.

“These diseases are caused by proteins not having the proper structure or behaving abnormally,” he said. “So the structure of proteins is really important for solving these kinds of problems.”

After the lecture, students broke off into groups to solve computer-generated problems that involved the physics behind the folding of proteins, with guidance and questioning from the instructors and three undergraduate learning assistants.

Manhart was quick to tell students that the exercise wasn’t purely academic.

“This isn’t about pedagogy; this is about discovering new science,” he said “If you like this today, you can go on to more advanced puzzles and might actually make a scientific discovery.”

Students say the course helped them think about science in a new way. 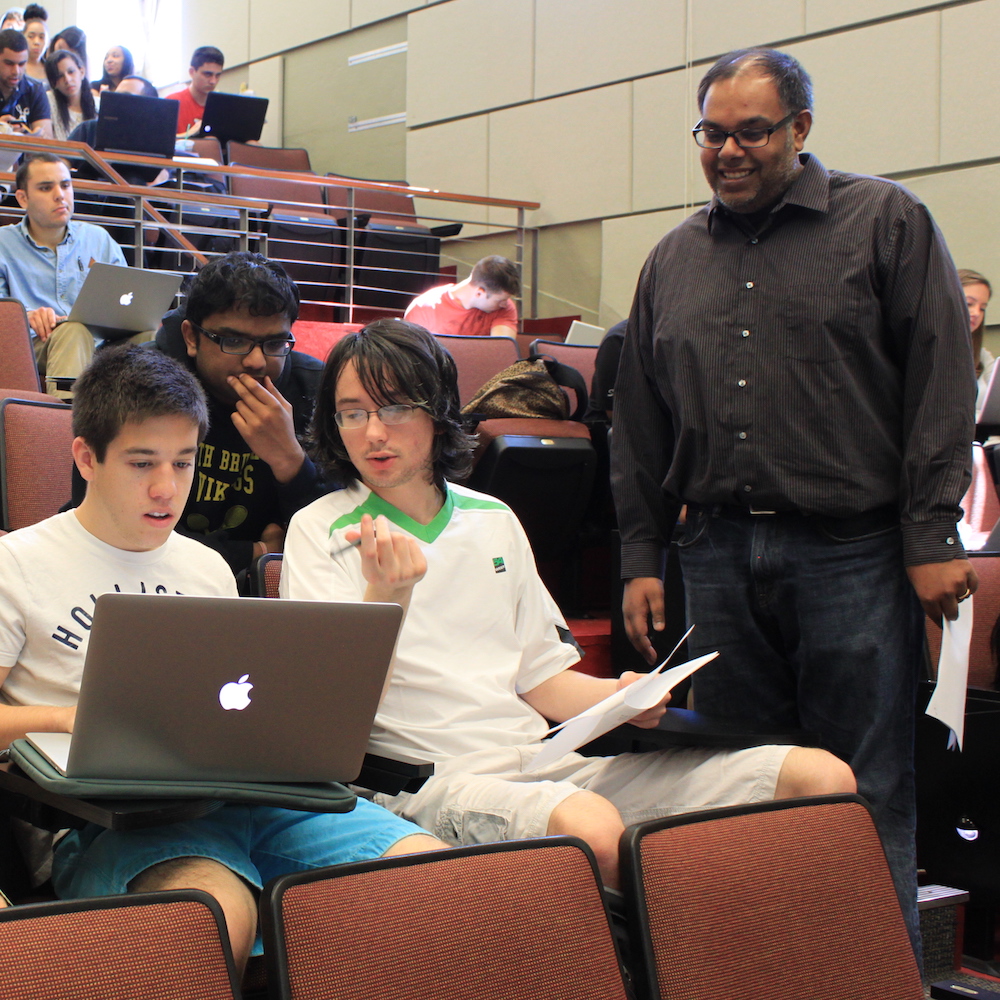 “In a high school physics course, they would’ve asked us to measure the velocity of a moving object,” said Chris Vowinkel, a first-year accounting student “In this course, it’s more like: ‘How can we use physics to make America more energy efficient?’”

Syvarth, the Jewish studies student, said one of the class’s signature strengths was its clarity.

“The instructors have made it easier to understand very difficult concepts,” she said

Syvarth’s long-term goal remains the same: pursue an advanced degree in Jewish studies. Now, however, she sees that even in her field, there is a potential connection to physical science.  She cited the work of contemporary theologians who see the “Big Bang theory” as complementing - rather than threatening - religious belief.

“This course has definitely made me aware of how the world works in a scientific way,” she said. “And it has made we want to read more. It may even become a hobby of mine.”