A Department Blossoms as it Embraces Three Distant Regions 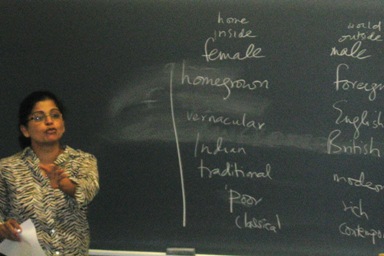 This story is the first in an ongoing series exploring the academic departments, programs, and centers of the School of Arts and Sciences.

Professor Anjali Nerlekar hears the most remarkable conversations as she passes through halls on her way to class.

It might be a snippet of French between two African professors. Or it could be a Long Island native speaking Persian to an Iranian colleague.

“It’s just so delightful – the diversity, the variety, and the interconnectedness of it all,” Nerlekar says. “And that is precisely what we try to showcase for our students.”

Those multilingual, cross-cultural conversations take place at the Department of African, Middle Eastern and South Asian Languages and Literatures (AMESALL). The Department is a relatively recent addition to the School of Arts and Sciences, and has an academic mission that puts it at the vanguard of U.S. higher education.

AMESALL focuses on a swath of the world that stretches from the minarets of Turkey to the Great Lakes of East Africa to the rivers of Bangladesh. The faculty is just as diverse, with 17 professors and lecturers representing 12 nations. Instruction is offered in 10 languages, including major world ones like Arabic, and more nationally-confined ones like Twi, spoken in the African nation of Ghana.

But AMESALL is also deeply rooted in New Jersey through its strong connections with the immigrant and heritage communities from the three regions it covers.

“We are a reflection of Rutgers’ motto: ‘Jersey Roots, Global Reach,” said Ousseina Alidou, a professor of African linguistics and literatures.

Alidou, a native of Niger, said the department was formed in 2008 on the guiding principle that - despite differences in culture, history and geography - Africa, the Middle East and South Asia are inextricably entwined. Study of the three regions belongs under one roof, she said, rather than divided between multiple departments. 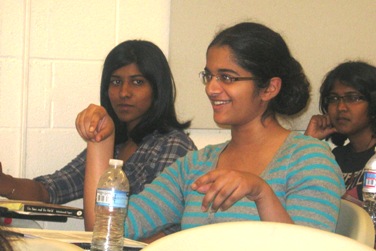 “If you are teaching classical Swahili literature, you start with the Swahili, but at one point, if you want to develop a full understanding of the texts, you have to go to Arabic, and at another point you have to go to South Asian, and Persian sources as well,” she said. “That’s the nature of Swahili – it’s a Creole, a composite of all these parts.”

“The conversation was similar in both cases,” Mazrui said. “There was a realization of the historical and current interconnections between these regions, despite their differences. And there’s the growing numbers of heritage communities and heritage learners.”

Attracting Both Heritage and Non-heritage Students

Farah Hussain, a Rutgers graduate, has parents of Egyptian and Iranian descent, but neither Arabic nor Persian was spoken in her household. When she came to Rutgers, she was able to fulfill a longtime goal of learning both languages.

She is now a student in the Graduate School of Education, studying Bilingualism and Language Education.

“I’m interested in a lot of things related to education and languages, and AMESALL really helped me shape and focus my goals,” she said. “One of the things that AMESALL does really well is to help students develop literacy, which in turn creates these opportunities for communication, and ultimately promotes cultural understanding.”

There are also growing numbers of non-heritage students, especially since 9/11, who see AMESALL’s instruction in language and literature as essential for meeting the challenges of the job market in a globalized world, especially for careers in academia, government, business, international relations, and translation,

Interest in Persian, for example, has rarely been higher, with 30 students enrolled this semester. That includes six at the advanced level, at which students read and discuss in Persian the epic novel Symphony of the Dead. 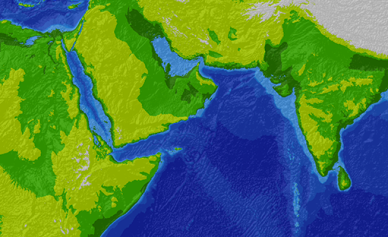 “I talk to colleagues at other universities and typically they feel lucky if they have two students at the advanced level,” said veteran Persian lecturer Paul Sprachman. “I am just amazed.”

Ashley Novak, a non-heritage student in Sprachman’s intermediate class, said the Persian offerings were a major reason she chose Rutgers. Only Cornell University offered a similar selection, she said.

Novak was drawn to Persian after making friends with Iranians in her hometown in northeastern Pennsylvania. She became fascinated by their culture.

“They have a really interesting tradition of humility,” she said.  “Their manners are completely different from the U.S.”

Sprachman does more than teach the mechanics of the language.  He weaves culture and history into the mix, including taking students to Manhattan to visit a Persian carpet store, where they have to ask questions in Persian, and then to a Persian-style restaurant.

“I never teach it as just grammar,” Sprachman said.

AMESALL offers an undergraduate degree with the option to focus on one region, or a comparative study of two. The department also offers a certificate program in translation that is drawing professionals from the medical, legal and other fields.

Students Learn About the Dynamics of Modern Life

One of AMESALL’s key academic missions is to expose students to the dynamics of modern life in the three regions. That mission is accomplished through top-notch language instruction combined with intensive study of contemporary literature, film, history and politics.

“There are people who think of these regions as ancient civilizations with wonderful history, but with nothing to offer in the present,” said Nerlekar, a native of India. “We do teach the classical part of it, 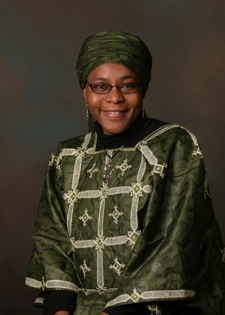 but we are focused on the modern, contemporary world.”

During the Arab Spring protests this year, for example, Arabic literature classes served as a venue for students and professors to discuss the historical sweep of the events, and how the underlying issues are reflected in Arabic culture.

In a recent South Asian literature class, Nerlekar explored the complex nature of Indian identity by looking at the tension that has arisen between authors like Salman Rushdie, who writes in English and is celebrated in the West, and others who are based in India and write in the native languages.

The discussion became interactive, with Nerlekar and South Asian students sharing their impressions upon encountering traditional, communal societies in India and Pakistan after spending years in the West.

“We tend to look at this as, ‘Oh my God, this is so backward,’’’ Nerlekar said. “But we need to think about that because we are looking at it from a Western-educated, American perspective.”

The conversation resonated with others in class, including those who don’t have South Asian roots.

“In my mind, I was drawing parallels with my experience as an African American, Native American woman,” said first-year student Nia Allen-Lee.

Finding such parallels is par for the course at AMESALL.

When Nerlekar shared with her colleagues a brown sugar called jaggery, she assumed she was giving them something specifically Indian. But Alidou, her colleague from Africa, was already quite familiar with the treat.

“I thought, ‘How in the world does she know jaggery?”’ Nerlekar said. “And then Ousseina tells me it’s very much available on the streets where she comes from.”

A treat from India found to be common in parts of Africa and familiar to many in heritage communities in New Jersey. That is the global reach, and Jersey roots of AMESALL.