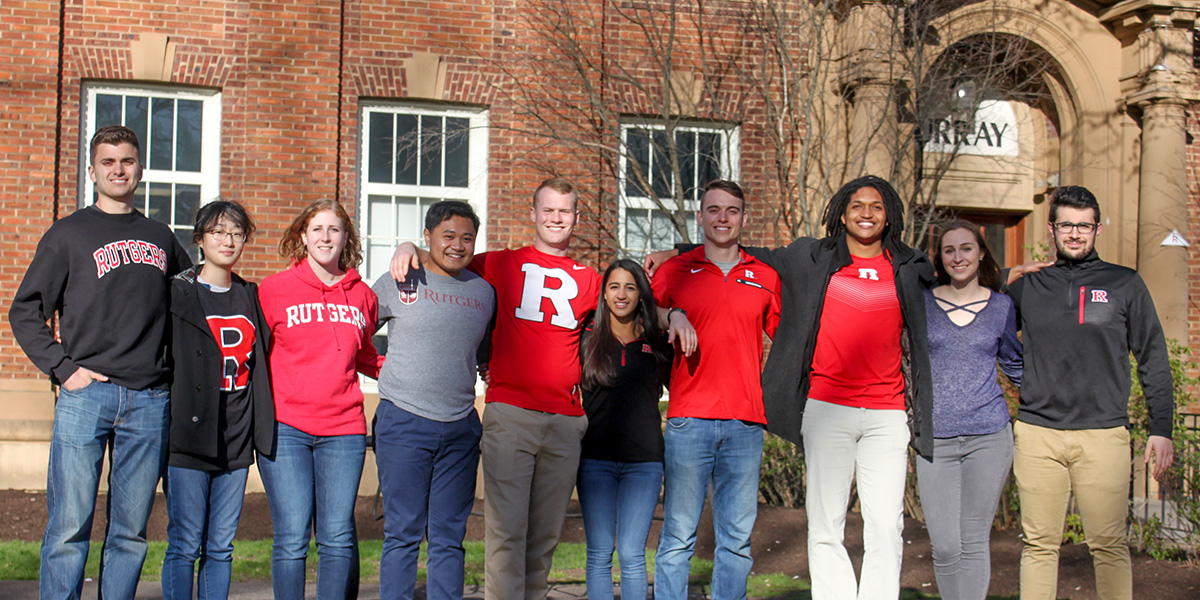 Arts and Sciences Class of 2018

Congratulations to the Class of 2018!

The 5,595 students graduating this year from Rutgers University–New Brunswick’s largest school are diverse, accomplished, and committed. They embody the values and traditions of the School of Arts and Sciences, which marks its 10th anniversary this year.

From Colin Chehanske, on the left, a Criminal Justice major, Air Force ROTC cadet, and tri-athlete, who is one of 16 Arts and Sciences Fulbright winners and will teach English in Taiwan next year—to Michael Antosiewicz on the right, a 4.0 Classics and History major, and recipient of the Gates Cambridge fellowship to study Classics at Cambridge University—these Arts and Sciences students found their path at Rutgers and are going places!

Each year brings new standards of academic excellence.  And the class of 2018 is no exception with 37 students graduating with 4.0 grade point averages, 207 Honors Scholars, 445 Phi Beta Kappa inductees, 927 writing honors thesis, and 1,508 graduating with GPAs above 3.5.

Students in the School of Arts and Sciences students value the ability to explore many fields as they search for their calling. A total of 828 students are graduating with more than one major, like John Capangpangan, center above, who majored in French and Political Sciences, and used that knowledge to visit France, interview politicians, and write an honors thesis about the National Front.

The School of Arts and Sciences takes pride in providing students the opportunity to seek, to grow, and to discover not only what they want to be, but who they want to be.

Read their inspiring stories below.