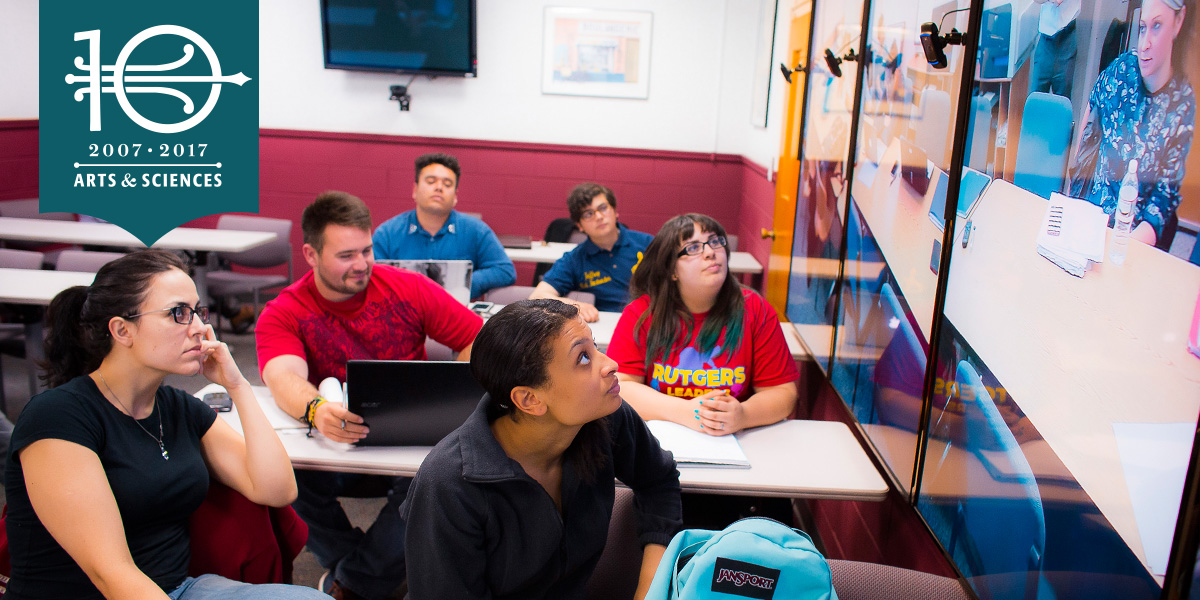 Languages in a Global World

As a microcosm of America’s linguistic diversity, Rutgers University–New Brunswick is ideally positioned to make languages a cornerstone of its education. Studying languages at the college level has specific merits: it sharpens the intellect, promotes cultural awareness, and provides knowledge and skills that can be developed in connection with other fields.

Studying languages helps make global connections, even in our own backyard. In the photo above, Arts and Sciences students in New Brunswick are learning “Portuguese for Business and Commerce” as they interact with students at Rutgers University–Newark through a video portal.

The School of Arts and Sciences provides instruction in more than two dozen languages from Arabic and Chinese to Vietnamese and Yoruba.

The stories below show the many ways in which our undergraduates gain knowledge, depth, and skills from studying language.