Scholars Across Arts and Sciences Reflect on Centennial 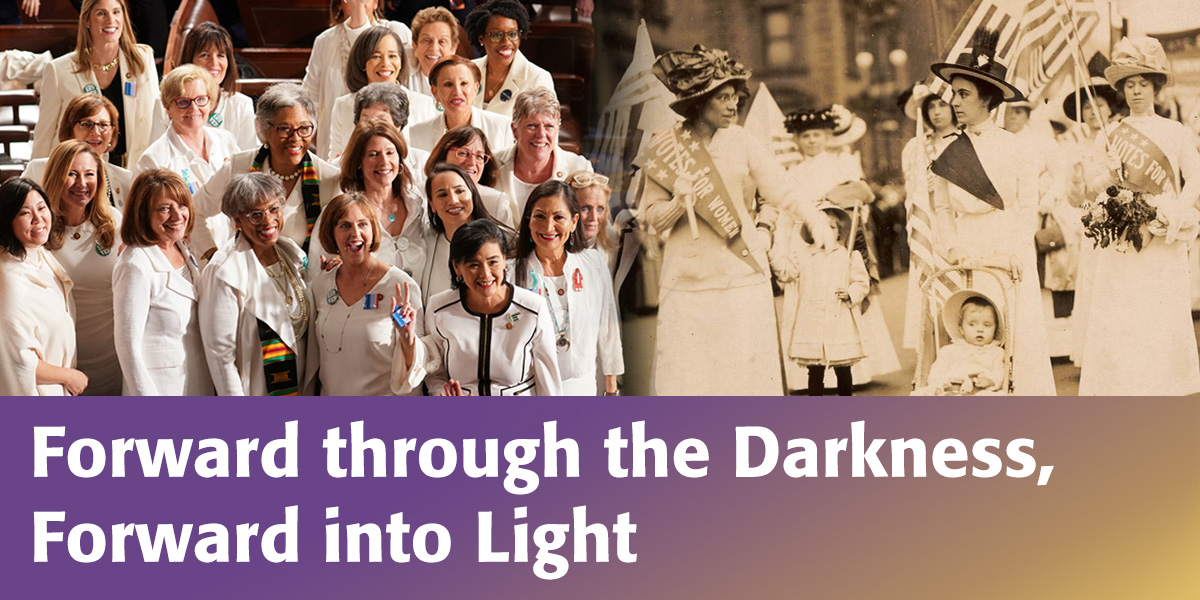 On August 26, 1920, the 19th Amendment guaranteeing women the right to vote became law:

The right of citizens of the United States to vote shall not be denied or abridged by the United States or by any State on account of sex. Congress shall have power to enforce this article by appropriate legislation.

It took decades of struggle to reach this milestone in the pursuit of equal access to the ballot for all Americans—a struggle that continues today.

Rutgers University has played an essential role in this social, political, and intellectual movement. From the founding of the New Jersey College for Women in 1918, now Douglass Residential College, to the creation of one of the first women’s studies programs in the country in 1970 and the Center for American Women and Politics in 1971, Rutgers has been at the forefront of women’s education, scholarship, and leadership. Today, the Rutgers program in women's history is ranked #1.

Accordingly, Rutgers scholars are reflecting during this centennial year on the meaning of the 19th Amendment and the changes in women’s status and role across American society.

Below are 13 essays from scholars across the School of Arts and Sciences that examine these themes from a range of viewpoints and angles, covering everything from the early suffrage movement to the Voting Rights Act of 1965 to the election of Muslim women to Congress in 2018.

These essays, written by political scientists, sociologists, scholars of religion, and more, are a testament to the scope and range of scholarship by women and about women.