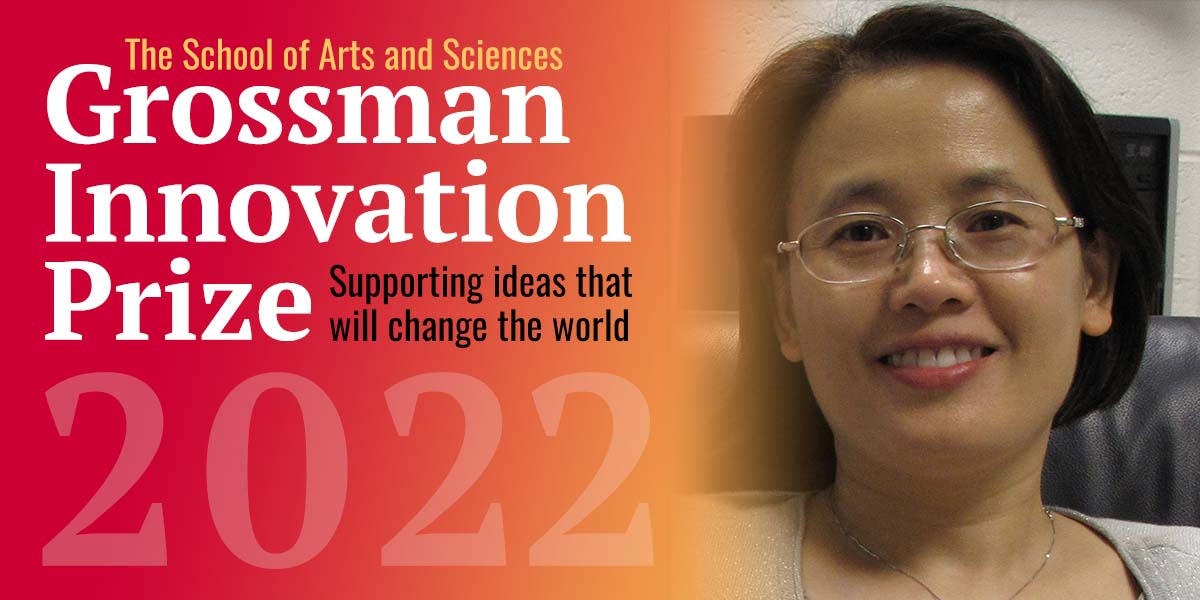 Ping Xie, a professor in the Department of Cell Biology and Neuroscience, has received the 2022 Grossman Innovation Prize for her research aimed at detecting B cell malignancies associated with lymphoma and other blood cancers.

The prize, awarded by the School of Arts and Sciences and made possible through a gift from Rutgers alumnus Alan Grossman, provides up to $50,000 over a one-year period to faculty members developing innovative ideas with commercial potential.

The support allows SAS researchers to advance their work to the proof-of-concept stage when they would be eligible for venture capital funding and/or spin-off as an independent business. The prize also allows for undergraduate participation in the research.

“We’re grateful to Alan Grossman for his generous support and pleased to award the prize to Ping Xie for research that could save lives through early diagnosis of devastating illnesses such as lymphoma,” Masschaele said in a statement.

Xie and her team are developing new ways to detect malignant B cells that are found in 50% of blood cancers and about 90% of all lymphomas. She noted that existing methods are dependent on the presence of adequate numbers of malignant cells in blood and biopsy samples.

“This may delay the detection and could potentially miss the critical timing needed for effective therapy in patients,” she said.

Her approach uses Western blot and ELISA methods—lab techniques used to detect a specific antigen or antibody in a blood or tissue sample, often used for HIV testing.

The Xie lab will use those methods to detect bacteria-specific antibodies in blood samples.

“Our methods do not require the presence of any malignant B cells in the blood,” she said. “Hence, they are more sensitive than the existing approaches and will allow early detection of B cell malignancies as well as potential relapse in patients in remission.”

Xie, who earned her Ph.D. from the Hong Kong University of Science and Technology, joined the Rutgers faculty in 2008. Her lab focuses on understanding molecular mechanisms of immune regulation and cancer pathogenesis.

Alan Grossman, who has supported the Grossman Innovation Prize through a generous gift, received his bachelor’s degree in computer science with honors from Livingston College, Rutgers University, and went on to complete a master’s degree in computer science from Stevens Institute of Technology. He had a distinguished 25-year career in the telecommunications industry. He also helped create and fund the Alan H. Grossman Annual Scholarship, which since 2011 has provided financial assistance to nearly 20 Rutgers students.