With the Mind as its Focus, a Rutgers Center Comes of Age 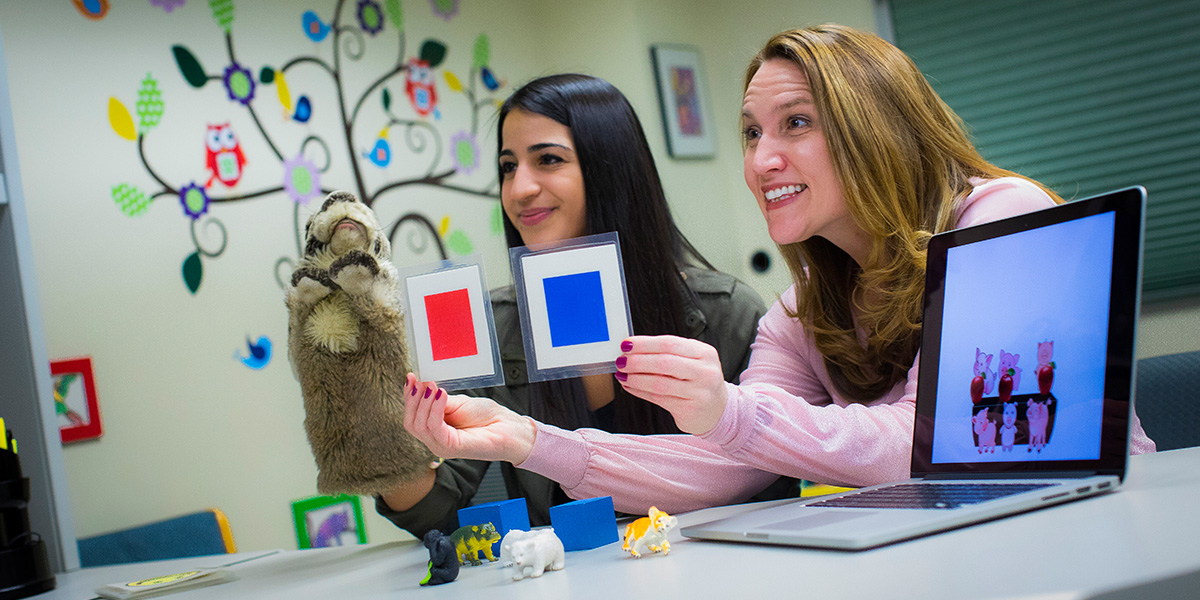 As a Rutgers University student, Knyckolas Sutherland embarked on a passionate pursuit of knowledge that impressed his teachers and earned him good grades but made it difficult to decide on a major.

Strong in the STEM disciplines, Sutherland also has a penchant for pondering deep philosophical questions. 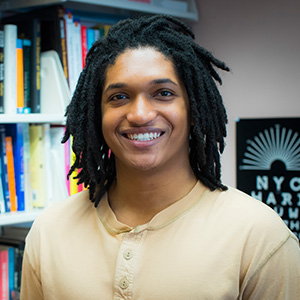 “I enjoy questions like: ‘Why are there so many different expressions of God or soul?’” says Sutherland, who graduated in 2018 from the School of Arts and Sciences. “I am interested in the bigger picture of what that might tell us about the way the mind works.”

Sutherland found his niche, fittingly, among a group of Rutgers faculty members whose teaching and research on the human mind stretch across the boundaries of multiple departments in Arts and Sciences and beyond.

The Rutgers University Center for Cognitive Science, launched in the late 1980s by a handful of scholars, including the seminal philosopher Jerry Fodor, has been growing in size and stature, drawing professors from psychology, linguistics, philosophy, psychiatry, economics, biomedical engineering, and neuroscience.

They are engaged in remarkable work, from developing new ways to diagnose schizophrenia and autism to studying the brain’s role in producing religious beliefs to examining how and why people make decisions. Computer scientists at the center work on algorithms for more efficient robots. Philosophers, meanwhile, engage with the ethical issues inherent in our increasing reliance on robots. A recent talk by noted roboticist Angelica Lim sponsored by the center was titled: Building Robots with Emotional Intelligence. 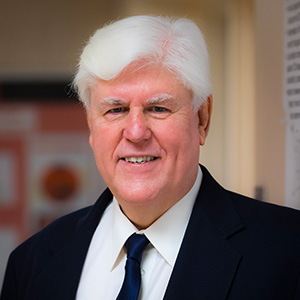 “We are a place that bridges humanities and the sciences,” says Brian McLaughlin, the center’s director and a professor of philosophy. “The goal of cognitive science is to understand the mind and mental abilities, and the applications span the academic spectrum.”

With enrollments on the rise, the center recently launched an undergraduate major, broadening Rutgers’ stake in this emerging field and drawing a devoted community of students.

“I came to Rutgers wanting to study everything,” says George, who graduated in 2018. “It took me four years to find my field, but I have never felt more excited to be a student.”

Cognitive science is typically defined as the interdisciplinary study of mind, thought, and learning. Rutgers has long been a leader in the field. Harvard recently announced it was exploring a proposal to offer a concentration in cognitive science. 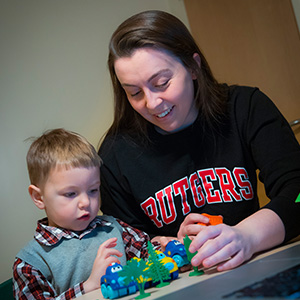 At Rutgers, students from many majors conduct research in cognitive science that stretches their intellectual capabilities and makes them stronger in their fields. Maggy Fread, a junior, works in Professor Kristen Syrett’s linguistics lab, observing first-hand how children name and categorize simple objects.

For Syrett, the research sheds light on complex questions about when children gain adult-like understanding of words.

“We’re interested in the limits on what allows an object to be considered part of a category and how the context and a speaker’s goals play a role,” Syrett said. “The essential question is: “Do children understand the world in the same way we do, and can we get at that through word meaning?”

Fread, meanwhile, sees a connection to her major in social work. 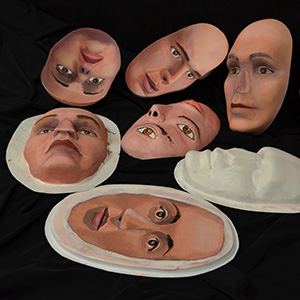 As the center draws faculty from multiple disciplines, it also fosters a culture in which they can work together. The noted vision researcher Thomas Papathomas is collaborating with Steven Silverstein, a Robert Wood Johnson Medical School psychiatry professor, on research exploring how common optical illusions can be used to diagnose schizophrenia.

“Most people with schizophrenia do not see the hollow-mask illusion as strongly,” says Papathomas, a professor in the Department of Biomedical Engineering. “They see it for what it is, and that gives us an opportunity to develop a portable device that can help diagnose them more quickly and accurately.”

In another intriguing collaboration, computer science professor Kostas Bekris and psychology professor Eileen Kowler are anticipating a future in which robots and humans will be interacting, both in the workplace and at home. These “service robots,” Bekris says, will be softer, more human looking, less mechanical. Currently, however, they are not as easy to model, which raises many research challenges.

“You don’t want to be surprised by a robot’s movements,” Bekris says. “So we did experiments with human subjects to determine what types of motions are best to communicate intent. 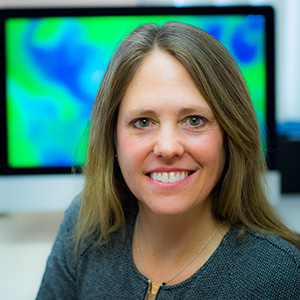 “And this is where the cognitive science really comes into play; with the human mind as the model, you need a psychologist and a philosopher working with the artificial intelligence researcher to really sort through these difficult questions.”

One of the key figures in cognitive science was Jerry Fodor, who came to Rutgers in the late 1980s and helped develop the center into what many say is among the best in the world. Fodor, who died last year, saw the mind as a collection of modules or sub-systems that evolved to have specific functions, such as for language, music, or math.

Fodor’s influence is evident in the way the new major is structured into five tracks: cognitive neuroscience; decision making; language; perception; and mind, machines, and computation.

“The major allows students to study the mind and brain from multiple perspectives,” says Professor Mary Rigdon, a behavioral economist who oversees the center’s academic program. “We expose students to a wide range of methodologies while giving them the opportunity to specialize and develop a strong analytic base."

McLaughlin says the major is excellent preparation for medical school; graduate studies in psychology, linguistics, philosophy, and computer science; and career paths such as big data, human resources, and teaching. 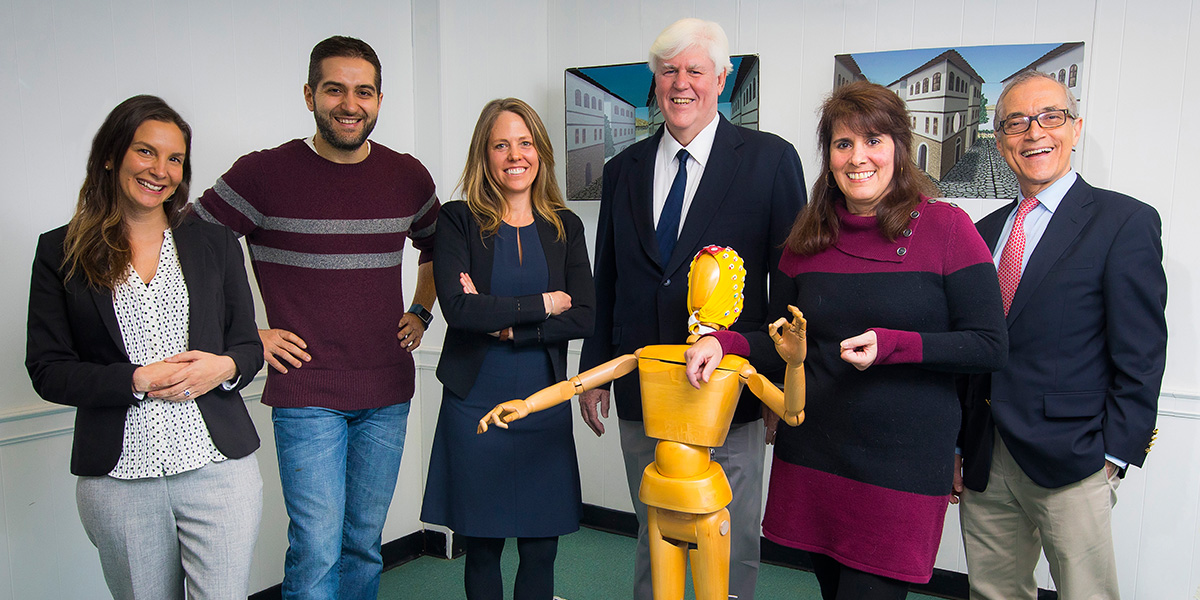