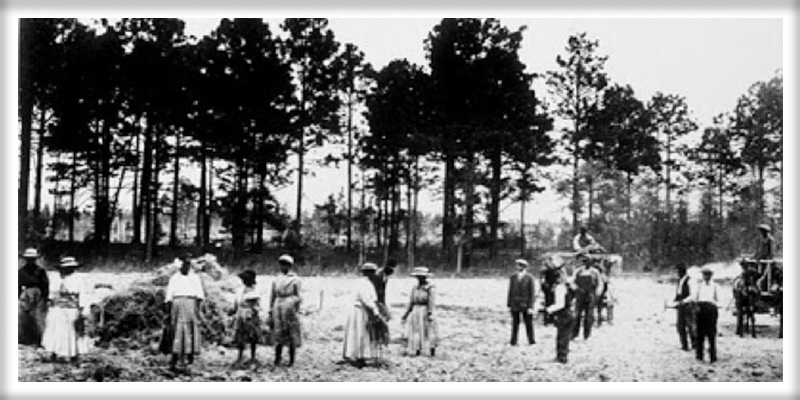 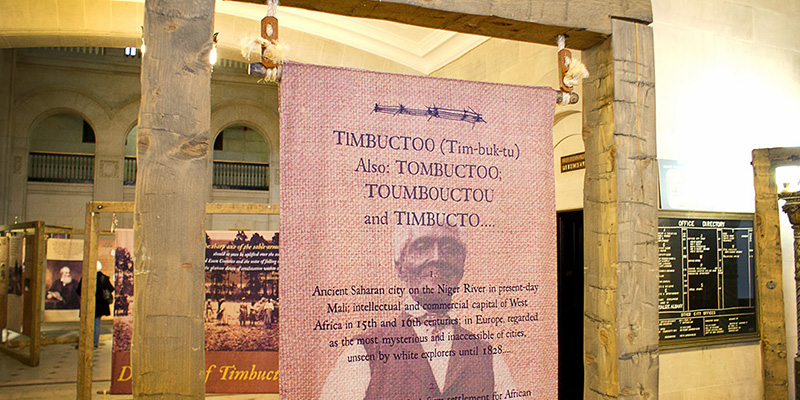 Most people have heard of Timbuktu, the fabled African city on the edge of the Sahara Desert.

But not many know about Timbuctoo in New Jersey, a 19th century settlement founded by runaway slaves and free African Americans.

And few are familiar with Timbuctoo in upstate New York, an experimental black farming colony set up in the Adirondack wilderness during the mid-1800s.

Later this month, a Rutgers University symposium will examine the legacies of all three communities and seek out their connections to the freedom struggles of African Americans. The conference—Global Timbuktu: Meanings and Narratives of Resistance in Africa and the Americas—will take place March 24-25, drawing an international assemblage of scholars, including archaeologists, historians, and curators from Timbuktu, Mali.

The symposium is being organized by the university's  Center for African Studies in the School of Arts and Sciences. 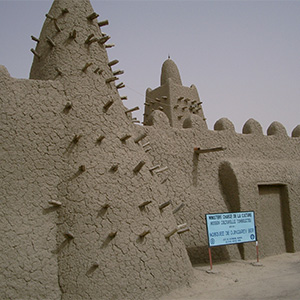 Timbuktu, the city in the West African nation of Mali, was a cultural, commercial, and intellectual center from the 14th through 16th centuries, renowned for its ancient manuscripts on art, medicine, philosophy, and science.

“We see this as an opportunity to explore Timbuktu as an intellectual hub in Africa and at the same time learn more about these historic communities of the same name that are right in our own backyard,” says Carolyn Brown, a professor of history at Rutgers. “These other Timbuctoos, in New York and New Jersey, were essential to the African American anti-slavery movement, yet they are largely unknown to the public.”

On its second day, the conference moves from Rutgers to Burlington County where attendees will be able to briefly tour the excavation site where New Jersey Timbuctoo once stood. Located in Westampton Township, the settlement had more than 125 residents by mid-19th-century, as well as a school, church, and cemetery, says Guy Weston, a descendant of a Timbuctoo settler who runs a website devoted to the community and will be a speaker at the symposium

“The cemetery is the only remnant of Timbuctoo’s historic past,” Weston wrote on his website. “Although Timbuctoo continues to appear on local maps, many area residents have never heard of it or are familiar with its historical significance.”

Timbuctoo in New York, meanwhile, was set up in the Adirondack region during the 1840s as a response to a state law requiring blacks to own $250 in property to vote. Wealthy abolitionist Gerrit Smith donated huge swaths of land to draw African Americans to the region. The project even attracted the interest of famed abolitionist John Brown, who moved to the region to assist the program. 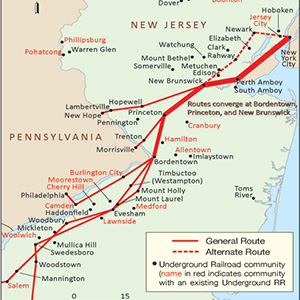 Those attending either day of the symposium will have access to an exhibit devoted to Timbuctoo New York. The exhibit, Dreaming of Timbuctoo, will be on display at the New Brunswick Theological Seminary March 20-24 and will be transported to the Burlington County Underground Railroad Museum in Eastampton on March 25th and will be on display there until April 1.

The symposium will also devote considerable attention to Timbuktu in Africa, and will feature several renowned African Malian scholars discussing Timbuktu, Beyond the Myths and provide an update on the effort to save the ancient manuscripts, which were endangered after Islamist fighters occupied the city in 2012.

Brown, the Rutgers professor, said the manuscripts reflect the accomplishments of Islamic civilization at its zenith, and provide important perspectives on Africa’s intellectual history. She also noted that there is significant interest in Timbuktu on the local New Jersey level: the state has seen an uptick in its African immigrant population, including from Mali.

As part of the event, the Center for African Studies will be bringing a school teacher from Mali to meet with local teachers and students and will later set up a project in which New Jersey students will speak by Skype with Malian students.

“One of the remarkable aspects of this event is the different connections you can draw from it,” Brown said. “And we want to use it as an opportunity to expand and enhance those connections.”

The symposium, “Global Timbuktu: Meanings and Narratives of Resistance in Africa and the Americas,” will begin at 10 a.m., March 24 at the SCC Teleconference Lecture Hall, Alexander Library,169 College Avenue, New Brunswick, NJ 08901

The symposium will continue on March 25, beginning with a 12 p.m. site visit at the intersection of Church Street and Rancocas Road, Westhampton NJ before moving to the Rancocas Valley Regional High School, 520 Jacksonville Road, Mount Holly, NJ 08060.