“An opportunity to make sure Romani memory is not lost,” Rutgers professor says. 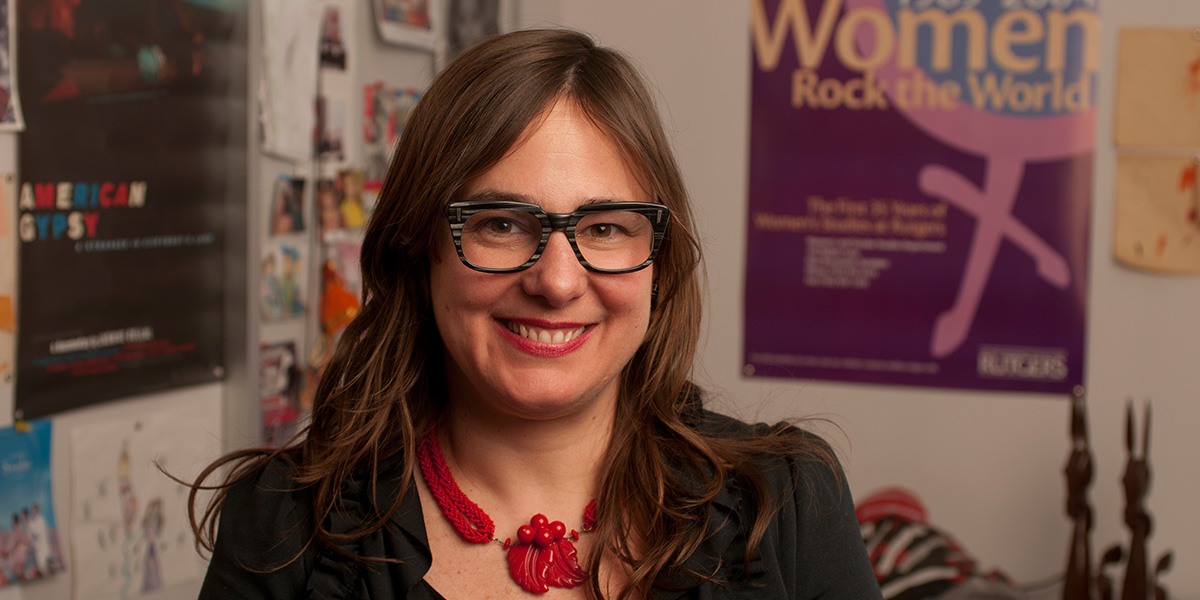 Ethel Brooks is one of just a handful of Romani PhDs in the world.

The ethnic group sometimes referred to as Gypsies, the Romani, or Roma, number more than 12 million worldwide.

Brooks, a professor of sociology and women’s and gender studies at the Rutgers University School of Arts and Sciences, says her position brings great personal responsibility.

“I believe I have an obligation to draw attention to the Romani people who contributed so much to the world but have a history of persecution,” she said in a recent interview.

In the last several years, Brooks has done just that, educating the world about the Romani people through her teaching, research, and activism, including a 2013 appearance at the United Nations where she spoke about the Roma experience during the Holocaust, when Nazis murdered 70 to 80 percent of the Roma population of Europe.

She’s now poised to begin a new chapter in her work, one that promises to amplify her singular voice as a Romani scholar and activist. She was recently appointed by President Obama to the U.S. Holocaust Memorial Council—the influential governing body of the Washington-based U.S. Holocaust Memorial Museum. She was nominated by Sens. Ben Cardin and Robert Menendez.

As a member of the Council, she serves as a trustee to an institution with vast scholarly resources, a commitment to educating the public, and an outreach that is global in scope. She hopes to strengthen awareness of the Romani experience during the Holocaust and to build connections with other survivor communities.

“It’s an opportunity to make sure Romani memory is not lost,” she said. “I want Romani survivors and their families to feel like they can point to this space at the museum and be recognized.”

Her three-year appointment to the 60-member council comes as the Roma people face continuing, and in some cases, escalating discrimination and harassment in European countries like Slovakia, where Romani children have been forced to attend segregated schools, including so-called “container schools” which have left them further isolated from the non-Roma population.

“The container schools are built from material resembling shipping containers and consist of a large one- or two-story building with flat roof and inner space limited to corridors and classrooms,” a report by Amnesty International said.

Cardin, in a statement issued earlier this year that applauded Brooks’ appointment, said: “I am deeply disturbed by discourse in the Slovak Government seeking to explain away Slovakia’s segregated schools by advancing absolutely offensive and unfounded theories of race and biology.”

Nevertheless, Brooks says the current picture is not entirely bleak. She has noticed an increasing willingness by the Romani people to bear public witness to their history. For example, more than a thousand Romani gathered outside the site of the Auschwitz concentration camp two years ago to mark the 70th anniversary of the liquidation of the Romani section of the camp.

“These were not professional commemoration people,” Brooks said.  “They were 20-somethings. I think we’re in a real watershed moment, in terms of commemoration, in terms of international, inter-generational transmission of history, knowledge and memories.”

The Romani originated on the Indian subcontinent and migrated westward early in the second millennium, about 1,000 years ago. Some branches reached Europe in the 1500s, where they endured persecution and attempts at ethnic cleansing that culminated in the Holocaust. The Roma live in Europe, the Americas and across the globe in Africa, Asia, the Middle East and Australia.

Brooks, of British Romani descent, grew up in New Hampshire, and harbors painful memories of relatives in neighboring Massachusetts being forced from their homes when their property was seized through eminent domain. From the onset of her career, she has focused her research on marginalized people, such as workers in the global apparel industry. But over the last decade she has turned increasingly toward the Romani as the subject of her research and teaching.

She spent the 2011-2012 academic year studying the Romani experience in London. She also explores Romani history in her Rutgers course: War: Critical Perspectives.

Brooks was sworn in during her first meeting with the Council, on May 5 during the National Days of Remembrance.

“The meaning of ‘never again’ has to be never again,” she said. “We have to document history, and we have to learn from history. I am hoping my position on the council will give me a larger voice in that mission.”