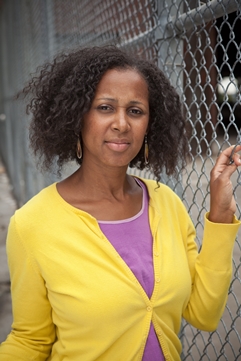 Zaire Dinzey-Flores, a sociologist, takes readers beyond the gates of an urban housing project in Puerto Rico to show how architecture and design reinforce a pervasive social inequality.

Historian Kathleen López, meanwhile, tells a transnational tale of the Chinese migrants who came to Cuba as indentured laborers and left an enduring impact on Cuban life.

Tatiana Flores is an art historian who explores the provocative artistic and cultural movements of early 20th-century Mexico.

Despite their disparate specialties and research interests, these Rutgers faculty members share a common academic home in the Department of Latino and Hispanic Caribbean Studies in the School of Arts and Sciences.

They also share another distinction as authors: their most recent books have each won major awards.

Department Chair Nelson Maldonado-Torres said the three professors—who each have joint appointments in other SAS departments—demonstrate the bold new ways in which Rutgers is advancing the field of Latino and Caribbean studies.

“We’re proud to be the home of scholarship as cutting edge in its methodology and relevant in its content and scope as the one found in these important works,” Maldonado-Torres said. “The awards for their contributions to fields as wide as art history, transnational history, and urban sociology demonstrate the depth with which the department pursues its fields and the unique ways in which it contributes to diversity research.”

A Focus on Inequality 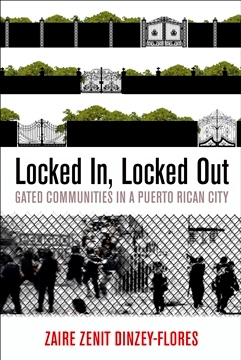 Zaire Dinzey-Flores says her book, Locked In, Locked Out: Gated Communities in a Puerto Rican City (UPenn Press, 2013) was fueled by her longtime interest in showing how inequality is expressed and enforced through the built environment: architecture, design, and housing development.

The book employs history, ethnography, and participant observation in its examination of several public and private residential communities in the city of Ponce, including a government-subsidized housing project where gates were added as a security measure more than two decades ago.

“There’s a physical impact in that they force circulation in very circumscribed ways,” Dinzey-Flores said. “The residents I interviewed had to walk longer distances to get certain places. It hindered them, not just in social opportunities, but also in getting services they might need.”

The security fences also had a symbolic impact on residents that was just as corrosive.

“It marks them as dangerous, as undesirables,” she said.

Dinzey-Flores, who also has an appointment with the Department of Sociology, was awarded the American Sociological Association's 2014 Robert Park Award for best book in Community and Urban Sociology.

“This award is extremely exciting,” she said. “Robert Park was such a prominent urban sociologist; he really shaped what urban sociology would become as a field.”

On the Cusp of an Emerging Field 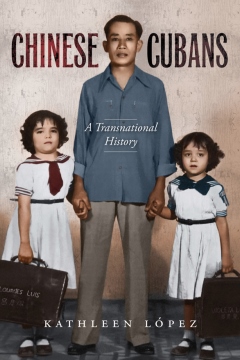 Kathleen López was working on her doctorate in history when she began doing research into the waves of Chinese immigrants who came to Cuba in the 19th century in the infamous coolie trade.

“When I saw the statistics of how many died on the journey over and on the plantations, it was shocking: about 50 percent,” López said. “I wanted to find out what happened to other half who either escaped the plantation or stayed after the indentured period.  What was their life like in Cuba or elsewhere?”

Her book, Chinese Cubans: A Transnational History (University of North Carolina Press, 2013) reveals that story in all its detail, focusing on late 19th and early 20th century when the Chinese melded into Cuban society through intermarriage but kept a distinctive presence and identity that endured through multiple generations.

López, who is also on the faculty of the Department of History, was one of two authors to receive the 2014 Gordon K. and Sybil Lewis Prize from the Caribbean Studies Association. The other was Gaiutra Bahadur, whose book Coolie Woman: The Odyssey of Indenture traced the story of an indentured laborer from India to the Caribbean.

“The award shows that Caribbean scholars are recognizing the significance of the role of Asians in Caribbean history, economy and culture,” López said. “It’s exciting because this is really part of an emerging field that focuses on the migration of non-Europeans to Latin America and the Caribbean.”

The field received a boost last October when Rutgers hosted a symposium, organized by López focusing on Asians in the Americas. 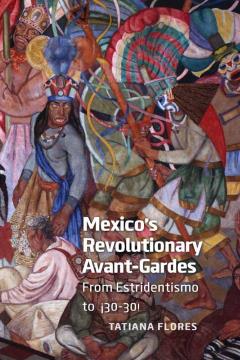 “I’m committed to expanding the boundaries of modern and contemporary art history beyond mainstream models from Europe and the United States and to promoting the work of emerging artists from the Americas and women artists,” she says.

Her book Mexico’s Revolutionary Avant-Gardes (Yale University Press, 2013) examines two avant-garde movements that addressed the role of modern art in post-revolutionary Mexico.   The movements, including Stridentism, or Estridentismo, advocated a global model of modernism while its offshoot ¡30-30! declared that avant-gardism needed to adopt an ethical dimension.

“Through them I challenge familiar tropes about post-revolutionary Mexican art to propose a novel reading that considers the Mexican avant-garde in a global context, defines its local idiosyncrasies, and recuperates the dynamism of an extraordinary decade,” she says.

Flores, who is also on the faculty of the Department of Art History, was winner of the 2014 Latin American Studies Association, Mexico Section, Humanities Book Prize.