Setting the Stage for a Major Caribbean Conference

From a Pulitzer Prize-winning novelist to the son of a legendary South African anti-apartheid activist, a diverse group of scholars, activists, and writers from around the world came to Rutgers over the weekend for a major conference on Caribbean studies.

The gathering organized by the Caribbean Philosophical Association (CPA) explored a broad range of issues connected to the Caribbean and Caribbean Diaspora, and the global North-South divide. The array of themes was reflected in the conference title: "Shifting the Geography of Reason: The University, Public Education, and the Transformation of Society.”

That title speaks to the need to view the Caribbean as a distinctive intellectual center, with its own theories, philosophies, and intellectual sources that are connected to other regions, such as Africa, Asia, Australia, Europe, and the rest of the Americas said Nelson Maldonado-Torres, president of the CPA and a Rutgers School of Arts and Sciences professor in the Department of Latino and Hispanic Caribbean Studies and the program in Comparative Literature.

“There’s a tendency to look at the Caribbean as rich in history, culture, and art, but not necessarily in philosophy or theory,” he said. “Shifting the ‘geography of reason’ means opening up and letting go of the preconception that when you think of theory you have to look at established canons, usually in Europe and the West.”

More than 50 panels at the event were expected to explore a range of subjects in education, immigration, human rights, feminism, sexuality, and the arts. Topics included, “Gender and Sexuality in Afro-Cuban Religions,” to “Prisons/Imprisonment/Prison Narratives,” and “(Mis) Representing Women: On Female Bodies, Visions, Texts.”

“The program was very interdisciplinary," Maldonado-Torres said. “What we’re talking about is not limited to one particular discipline.” 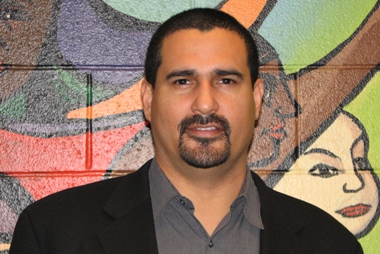 The major sponsors were the School of Arts and Sciences (SAS) and the Office of the Associate Vice President for Academic and Public Partnerships in the Arts and the Humanities. For a full agenda, click here.

The conference also reflected a transformation at Rutgers that has helped the university reach new levels of excellence in Caribbean studies while creating an increasingly diverse faculty. A cluster hiring initiative over the last several years has allowed the university to hire six new faculty members and a post-doctoral fellow who are Caribbean Studies scholars but come from diverse academic disciplines and backgrounds.

“We are now positioned to be the leading place for Caribbean Studies,” said Douglas Greenberg, SAS executive dean.

Greenberg noted that Maldonado-Torres was one of the first people hired under the initiative.

“Nelson having brought this conference to Rutgers is evidence of the eminence that the university has achieved in Caribbean Studies,” Greenberg said. “Everybody at this conference had to be thinking hard about what it meant that Rutgers sponsored the Caribbean Philosophical Association’s annual conference.

“And with the fact that Nelson, who is the president, is now at Rutgers, everybody had to be wondering ‘wow what are they doing? It must be something fantastic.’’’

The panels included scholars from the U.S., Latin America, Australia, and Europe. One panel commemorated revolutionary writer Frantz Fanon, a Martiniquo-Algerian who wrote “The Wretched of the Earth.” Fanon, who died 50 years ago, is widely read throughout the world, particularly in places in diverse processes of decolonization, and influenced the Black Power movement in the United States. 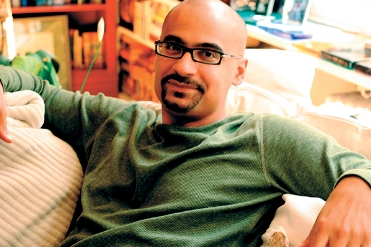 The panel on Fanon included Mireille Fanon-Mendès France, daughter of Frantz Fanon and founder of the Frantz Fanon Foundation, as well as Nkosinathi Biko, son of anti-apartheid activist Steve Biko and head of a foundation dedicated to spreading the legacy of his father.

Also expected at the conference was Junot Diaz, a Rutgers graduate and author of the Pulitzer-winning novel, "The Brief Wondrous Life of Oscar Wao.” Diaz will be honored at the event with the Guillén Prize for Philosophical Literature.

A major focus of the conference was the crisis in education at both the post-secondary level and K-12 levels. Panels were set to explore issues such as the use of corporate management strategies at colleges and universities, and the struggle to get funding for certain types of research, Maldonado-Torres said.

“The question is what kinds of fields and what kinds of research will get funded, as well as how they can survive in this environment,” he said.

Another question addressed at the event was whether the shifting racial makeup in the U.S. is connected to declining investment in public institutions such as schools. By the year 2150, non-Hispanic whites are expected to represent less than 50 percent of the population.

“Is it by chance that when these demographic shifts are taking place, the money starts being taken out of the institutions?” Maldonado-Torres said.