“I really knew very little about my Latinx identity, and nothing about my Afro-Latina background,” Jonelsy Gonzalez says. “It’s very difficult to understand your history when it’s not in your textbooks.” That changed when she arrived at the School of Arts and Sciences. Her major in Latino and Caribbean studies has opened up whole new worlds of knowledge—about her own identity, and about many other communities and cultures. 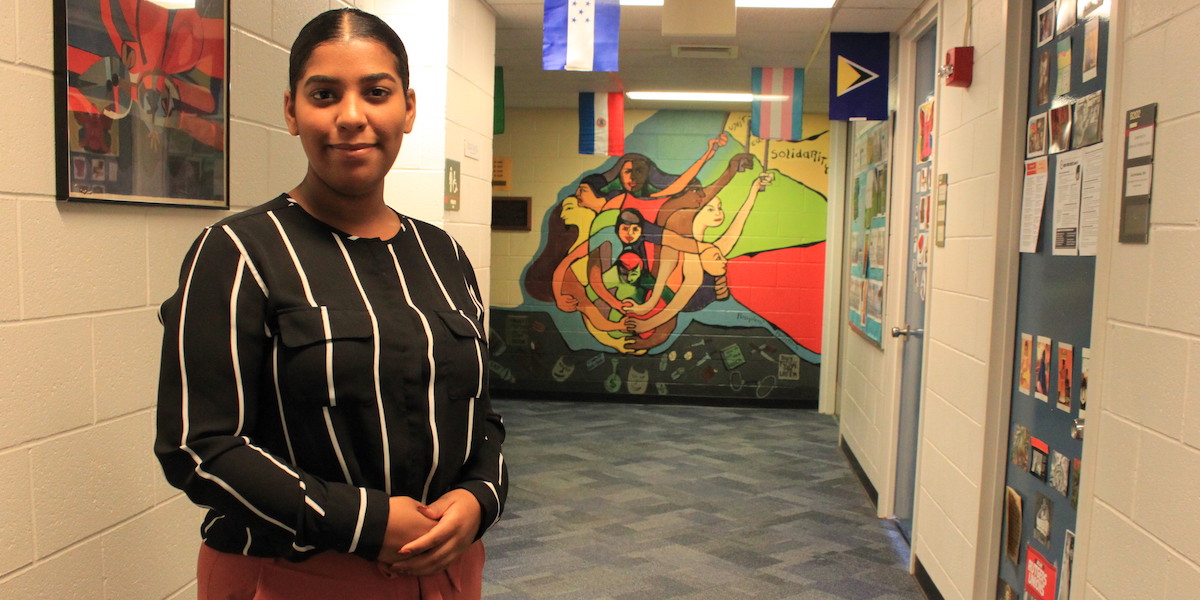 Learning about identity, community, and culture—and giving back

Jonelsy Gonzalez grew up in a New Jersey family with deep roots in the Caribbean.

From a young age, she’d travel with her parents to visit relatives in the Dominican Republic while absorbing Caribbean culture at home in Paterson.

She was passionate about her heritage, serving as vice president of the Spanish Honors Society at Eastside High School. But she sometimes felt frustrated in her efforts to learn more.

“I really knew very little about my Latinx identity, and nothing about my Afro-Latina background,” Gonzalez says. “It’s very difficult to understand your history when it’s not in your textbooks.”

That changed when she arrived at the Rutgers School of Arts and Sciences. Her major in Latino and Caribbean studies has opened up whole new worlds of knowledge—about her own identity, and about many other communities and cultures.

“The Latino and Caribbean studies major helped me connect with my culture and history—and also recognize and understand other people’s cultures and history,” she says. “And it establishes a common ground where I can communicate and interact with people across a very diverse, complex world.”

Gonzalez entered Rutgers with the intention of pursuing a major in criminal justice. By second semester she felt compelled to add Latino and Caribbean studies as a second major. Her teachers, including Kathleen Lopez and Carolina Alonso Bejarano, nourished her intellectual curiosity, encouraged her to question long-held assumptions, and stretched her knowledge of the world, including the legacy of colonialism.

“I found a passion for the topics in my classes and wanted to learn more,” she says. “The range is deep, with courses on musicology, history, culture and much more.

“But ultimately I had this need to learn Latinx history and politics and how Latinxs are affected by the justice system.”

The major also provided a welcome sense of community within the larger university. For Gonzalez, the Department of Latino and Caribbean Studies and the Center for Latino Arts and Culture serve as a home away home—places where she can discuss ideas, share thoughts, and get support from faculty as well as fellow students. She serves as building manager at the center, and formerly the student program manager.

In addition, Gonzalez says Latino and Caribbean studies complements her criminal justice major, where she is developing expertise in areas such as human trafficking and counterterrorism. The double major has opened her eyes to many potential career paths.

“The two majors intertwine nicely,” she says. “The combination has made me examine deeper psychological questions such as how people are influenced by their culture, history, and background.”

A junior, Gonzalez recently added a minor in social justice.

In spring semester of her first year, Gonzalez participated in an externship at the New York State Supreme Court, where she observed a range of criminal and civil cases. 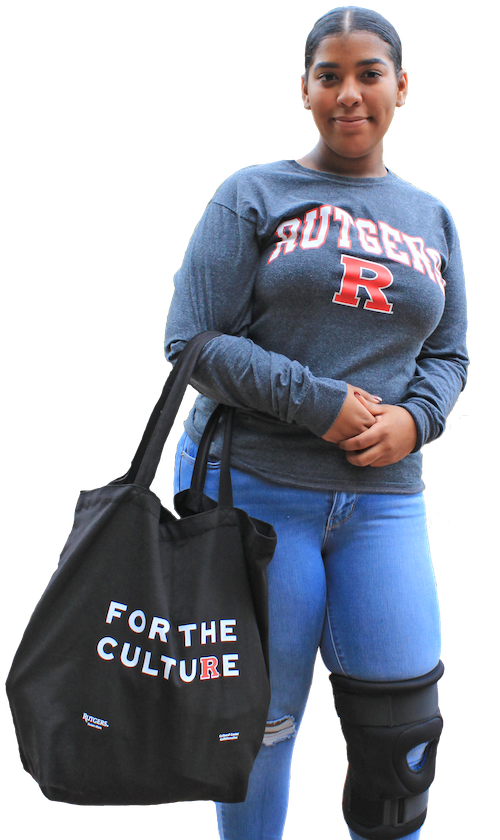 She hopes to attend graduate school, pursuing both criminal justice and Latino and Caribbean studies. While she hasn’t decided on a specific career, she feels called to help others, including marginalized communities.

“When I decided to major in Latino and Caribbean Studies I used to say that I did it for myself,” she says. “However, as I continued to pursue my major, I realized that the information I was acquiring allows me to help others.”

She has spent her summers doing just that—as a facilitator for Upward Bound, the federally-funded college preparation program. Each morning, she jumped on a bus with Paterson high school students headed to Montclair State University for a full day of enrichment courses. Many of the students will be the first in their families to attend college, just as Gonzalez was.

“It was easy putting myself in their shoes, because I have been in their shoes,” she says. “It’s very meaningful for me to contribute to the process that helps these students get to college.”