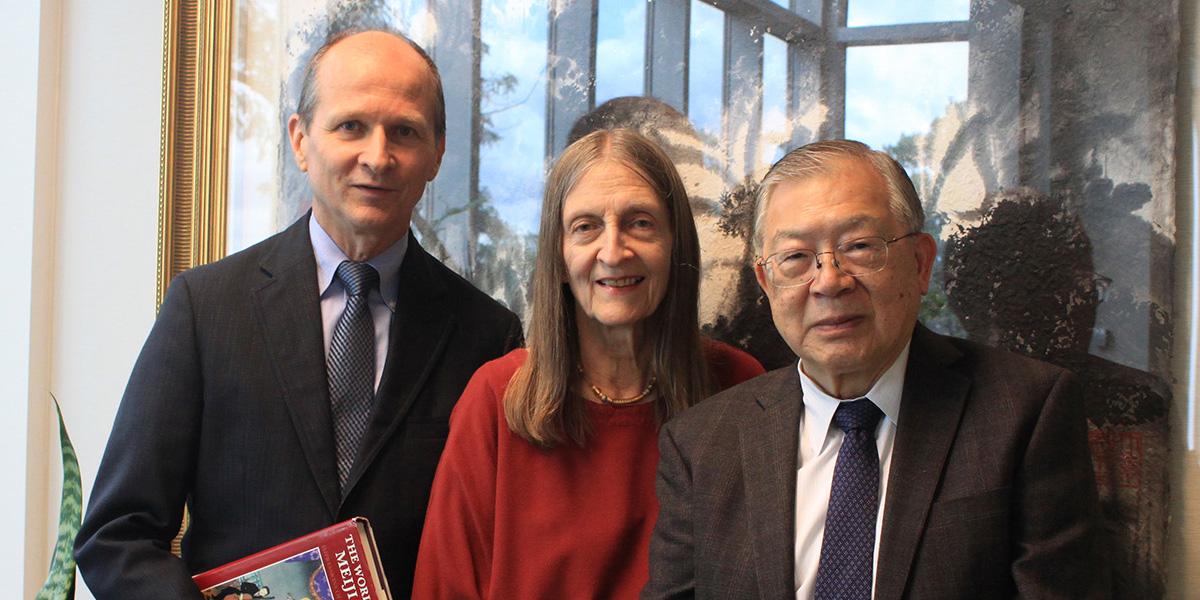 It was nearly 50 years ago when Ching-I Tu, a graduate student at the University of Washington, left Seattle for New Brunswick on an improbable mission.

“My adviser told me that Rutgers University wanted to start Chinese studies,” Tu recalled recently. “I’d never heard of Rutgers. But he assured me it was a very good school.”Students are fascinated with cultural difference. They want to learn the global context.

At the time, few public universities on the eastern seaboard had Asian studies programs.

But today, the fledgling Chinese program Tu started in 1966 has become the Department of Asian Languages and Cultures, a major center of scholarship that reaches across the literary, cultural, and linguistic expanse of East Asia.

And over the generations, the field has exploded in some surprising ways. 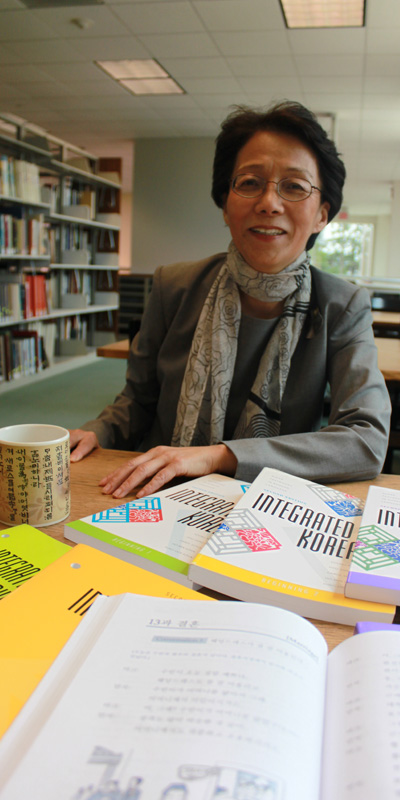 “The students love that,” says Cho, who left Stanford University in the 1990s to build the department’s Korean program.

As Rutgers celebrates its 250th anniversary, faculty members in the department plan to do some celebrating of their own in 2016, marking 50 years of Chinese studies and contemplating what the next 50 years may bring.

“I’m amazed at how we’ve grown,” says Tu, who served as chair for 28 years and still teaches Chinese courses. “There has been an increasing awareness of East Asia and its importance to the United States. And in today’s globalized world, the interest is going to continue to grow.”

The department now has well-established Korean and Japanese programs, and is taking a major step forward this year with new courses in Filipino and Vietnamese.

A diverse array of Rutgers students seek out Asian studies, everybody from business majors focused on the global economy, to the children of Asian immigrants seeking their roots, to budding intellectuals intrigued by the literature as well as the emerging pop culture of the East Asia re-gion.

“The professors helped me grow,” she said. “They pushed me to analyze and to think outside the box.

“They teach the language, but they also teach the culture. They talked about their experiences and current events. It’s a very vital classroom experience.”

Another student, Vingie Magdael, did an Aresty Research project on Korean hip-hop, drilling right down to issues of syntax.

“It’s a captivating genre of Korean music where we witness innovative manipulations of the Korean language through rhymes and flow, which are new and emerging devices in the language,” he wrote.

The wide appeal of Asian studies is evident in the Signature Course Global East Asia, which draws hundreds of students from across Rutgers–New Brunswick for its exploration of globalization’s impact on East Asia. In a recent class, Paul Schalow, the department chair, used the example of sushi to show how food once thought of as distinctly Japanese has become something far blurrier in the global economy.

“Think of California Roll with crab meat and avocado, or sushi made with brown rice, which are U.S. innovations,” Schalow told students. “As a reverse import, Japanese young people today enjoy eating American sushi in Tokyo because it’s healthful and fun.”

Schalow and others say that Asian studies at Rutgers has been continuously shaped and refined by the arrival of new scholars as well as changing demographic patterns in the US and shifting economic and political trends in the global arena.

Janet A. Walker, who came to Rutgers as a comparative literature professor in the 1970s, had discovered Japanese literature as a high school student in Wisconsin when translations of major works had become available in the post-World War II era.

“It opened up a world where beauty and aesthetics were very important, and connected to people’s emotions in striking ways,” Walker says. “This opened up a whole realm of experience that I had never known before.”

At Rutgers, Walker introduced the teaching of Japanese literature, developing courses such as “Zen and Japanese Culture” and “Love, Honor, and Suicide in Japanese Literature.”

“I made it my mission to broaden students’ worlds by exposing them to non-western literature,” Walker said. “I want my students to be truly 21st-century citizens of the world.”

In the late 1970s, Walker helped introduce the first Japanese language course at Rutgers. And as Japan’s economic prominence surged in the 1980s, so did enrollments. In 1983, Japanese linguist Senko K. Maynard joined the department to build the language program.

Similarly, in the 1990s when New Jersey was becoming a major center of Korean immigration, the department added Korean studies. Today, there are nearly 30 Korean courses, including special sections for heritage speakers, literature classes, and a translation course to meet growing demand from the medical and legal fields.

Whether it’s Korea’s “K-Pop” music phenomenon, or classic literature, students’ openness to Asian culture suggests the department will be thriving for generations to come.

"Young people today have access, through technology, to an unprecedented level of cross cultural exchange," Schalow said. "Rather than feeling polarized, the students that I see are fascinated with cultural difference. They're drawn in. They want to study it, and they want to learn the global context."