Transnational Hispaniola looks at neighbors who share an island 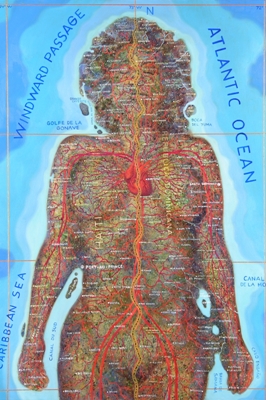 “This will be intellectually challenging, provocative, and probably quite emotionally draining,” says Carlos Decena, a professor of Women’s and Gender Studies and Latino and Hispanic Caribbean studies in the School of Arts and Sciences.

Decena was discussing the Transnational Hispaniola conference that took place place in April 2012 at Rutgers. Subtitled “Bodies, Commodities, Cultures, and Regimes of Mobility,” the conference, the second part of a trilogy of gatherings that began in 2010, will examine the complex and troubled relationship between the Dominican Republic and Haiti with an emphasis on fresh perspectives and scholarship.

The event brings together activists, scholars and artists who understand the relationship in ways that go beyond simplistic and polarized interpretations of the histories of both nations, Decena says.

Indeed, the panel topics range from “Queer Hispaniola” to “Women’s Work and Working Women” to “An Otherness Triangle: Haiti, Dominican Republic, the World.” And the conference also features performance artists like Josefina Baez and Gina Athena Ulysse. Decena, the principal organizer, recently discussed the overall theme of the conference.

Q: Why is there a need to think about the Dominican/Haitian relationship in new ways?

A: Haitian and Dominican histories are intertwined. There is a whole brand of Dominican nationalism that has been built around resentment toward Haitians. Yet there has also been solidarity, interaction, and collaborations between peoples in both territories before and after they became separate nations, which also need fuller examination.

Q: The first Transnational Hispaniola conference took place in 2010 in the Dominican Republic. How did that ever get off the ground, and what was it like?

A: Yolanda Martin and April Mayes, part of our collective and first organizers, really saw the urgency of having a dialogue. They developed the conference and got support for it, but it was very hard for them to actually make it happen because there was a lot of tension surrounding their naming of the conference, organizing this conference as Fulbright scholars, and in the case of Mayes, as a woman from the Dominican diaspora.

To give you one example, Kiran Jayaram, one of the organizers of the 2012 conference, attended the first one in Santo Domingo and began giving his presentation in Kreyòl, one of the two official languages of Haiti. A very well-known Dominican feminist stopped him and said that he really should do this in Spanish because people were not going to understand it.

After explaining that he was showing bullet points in Spanish he kept on going. That became a moment in my mind that framed the particular kind of tension involved with this initiative.

Q: What is the mood like this year, when the conference will be held in the diaspora for the first time?

A:  It’s very exciting.  But I think it is going to be very challenging and even tense at times. People are genuinely interested, on all sides, to be engaging the question beyond the resentment issue, yet at the same time not forgetting that the tensions are very real.

Q: What are some of the unique areas of scholarship that may get fleshed out during the conference? 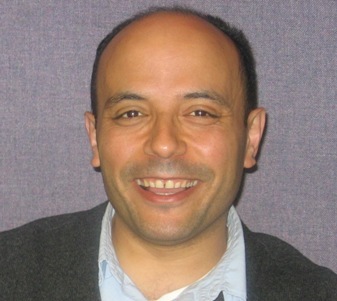 Professor Carlos Decena is the principal organizer of the conference.

For all of the anti-Haiti feelings, the Dominican Republic is a creole society; it’s a society of the African diaspora. So you will see blackness all over Dominican culture, yet at the same time there is this unease and denial, which really gets at the complexity and the contradictoriness of all of this.

There is also an opportunity to learn about some of the richness and complexities of Haitian history and society, which should help all of us to move our engagement beyond the extremes of calamity that attach to Haitians and their country in the popular imagination.

Q: It seems fitting that Rutgers hosts the first conference in the diaspora, as the School of Arts and Sciences has expanded Caribbean Studies with a cluster hiring initiative. Are students involved? How will they benefit?

A: There’s tremendous interest among students because the conference reflects areas of interest that they usually only encounter in class.  The students, both those of Haitian or Dominican descent as well as those interested in these issues, really have a unique opportunity to take in issues, challenges, and debates that may be almost impossible  to broach in either country. We are very lucky, and I think our Rutgers community will learn some invaluable lessons from this event.