From Energetic Student to Deputy Secretary of Higher Ed 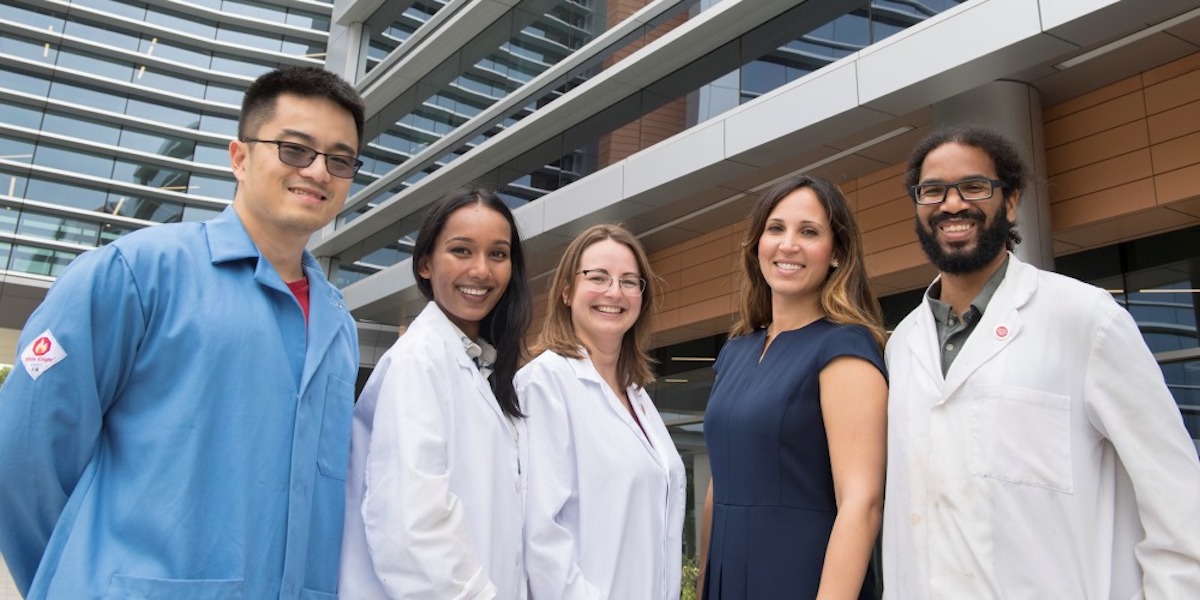 Diana Gonzalez, raised in the densely-populated town of Weehawken, arrived on Rutgers University Livingston campus for her first year and found the setting downright rural.

“There were deer frolicking outside the dorms,” says Gonzalez LC’07. “It was beautiful.”

The surroundings may have been tranquil, but Gonzalez’s undergraduate life was fast-paced, all-consuming, and often exhilarating.

Majoring in psychology and minoring in history, she also worked full-time as an RA, held a part-time job off-campus, and played wide receiver and linebacker for the New York Sharks in the Independent Women’s Football League.

“I’d be in my car commuting to practice and have my neuropsychology textbook open and reading it while in standstill traffic,” she says.

She also found time for a six-credit internship at Lucent Technologies where she had to analyze and give critical feedback on cellular technology designs.

"Education is the key
to success"Gonzalez savored the expansive scope of experiences available at Rutgers, and always felt like the Livingston community had her back.

“I had fantastic relationships with faculty and deans,” she says. “I always knew when office hours were. I found the supports that I needed to be successful.”

She may not have known at the time, but the pluck and resourcefulness with which she navigated her undergraduate life pointed the way toward her future calling. In January, 2018, just a little more than a decade after getting her undergraduate degree, Gonzalez was named Deputy Secretary of Higher Education in the administration of New Jersey Governor Phil Murphy.

Serving under Higher Education Secretary Zakiya Smith Ellis, Gonzalez works with state leaders to expand educational opportunities across New Jersey. She sees it as much more than a job.

“Education is the key to success and social mobility, and my goal and my will is for every child, every student, and every adult to have access,” she says.

That passion began taking hold at Rutgers. She was one of about a dozen undergraduates admitted to a seminar on higher education taught by then Rutgers President Richard L. McCormick.

“We looked at the fundamental questions: what does higher education mean? Who does it serve? What is its future?” Gonzalez recalls. “It was a critical course that opened my eyes to higher education as a discipline.”

After graduating, Gonzalez spent three years teaching kindergarten and preschool at a private school in Japan. She also taught English to adults, and found that students would often share their life concerns with her after class.

“That got me thinking about the issues in people’s lives that affect their academic success,” she said. “When I returned, I was adamant I wanted to focus on higher education.”

She enrolled in the Rutgers Graduate School of Education where she earned a master’s degree and became absorbed in the study of higher education law, taught by Barbara Lee the Senior Vice President of Academic Affairs. Several years later, she was drawn to Murphy’s gubernatorial campaign for its focus on equity in education.

Looking back on it all, the role of Rutgers looms large. But there was an influence even greater: her parents, native Cubans who were persecuted under the Castro regime and fled to the U.S.

“My parents couldn’t finish high school,” she says. “Yet they put me through college. I owe them everything. In my eyes, they are the true success story. And I hope they realized their dreams through me.”