A commitment to serving struggling populations 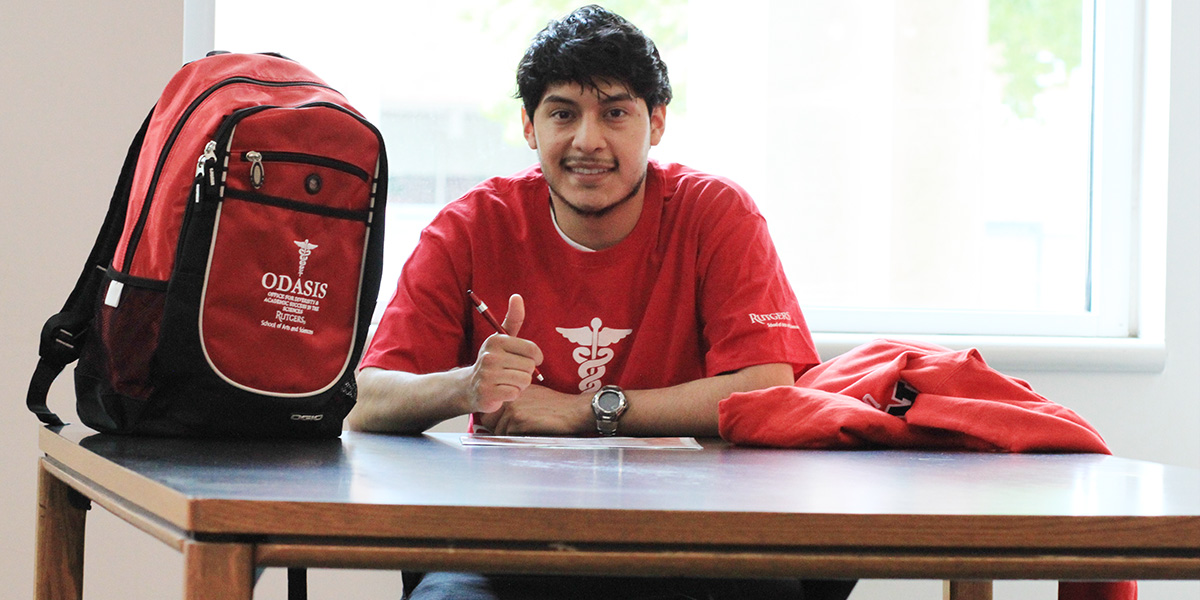 Bryan Cabezas had his first flash of insight into his future when he was a young boy attending church with his family.

“Just seeing everyone there as a community had an impact on me,” said Cabezas, a School of Arts and Sciences senior in the Class of 2021. “Connecting and breaking bread with others is a feeling like no other and is how I live my life.”

It took a few years of checking out different possibilities before Cabezas found a calling that would reflect his skills in science and honor his love for community: He would become a doctor serving struggling and marginalized populations.

ODASIS It’s like a family. They adopt you, take you in, and give you advice and strategies for success

Cabezas, the son of immigrant parents from Ecuador, will soon begin his first year at Rutgers New Jersey Medical School, with the long-term goal of training in emergency medicine and running a clinic to provide underserved residents with high-quality holistic care. He also has a longtime fascination with space exploration and is interested in serving as an aerospace physician.

“Medicine gives me the avenue I was always looking for,” says Cabezas. “Medicine is the way I can reach out to people and make lasting connections.”

Growing up in Elizabeth, Cabezas was a gregarious child—the kind who would always wave hello to strangers and try to mediate conflicts between kids at school. As a teenager he found his niche serving as a lifeguard for Union County Parks and Recreation. One day, after rescuing a youngster who had slipped off a water tower into the deep end, he felt another flash of inspiration. 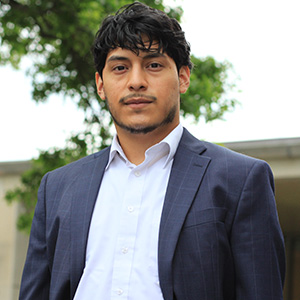 “I felt an incredible rush followed by a blissful sigh of relief,” he said about the rescue. “I’ve been hooked on healthcare ever since.”

Driven by his experience lifeguarding and playing high school tennis, Cabezas considered a career as an athletic trainer and went off to Purdue University to study kinesiology. During Thanksgiving break in his first year, however, he took ill, and the experience would ultimately set him on a new path.

Away from home for the first time, Cabezas took on a heavy course load, worked a full-time job and lived on limited resources. Exhausted and malnourished, he collapsed and was briefly hospitalized. While recovering, he spoke to an uncle back home who was a longtime physician. His uncle’s words surprised him.

“Basically, he told me that what happened to me happens to many of his patients,” he said. “These are adults who take on big responsibilities in their family lives and careers but end up jeopardizing their health because they try to do it all without having the support or the resources.”

Cabezas resolved right then and there to become a doctor. He returned to the East Coast, transferred to Rutgers University-New Brunswick, and began progressing toward his goal.

Though always laser-focused on helping his community, Cabezas, at Rutgers, found a community that would help him.

He gives a major shoutout to ODASIS, the Office for Diversity and Academic Success in the Sciences, which provided him with mentoring, advising and academic support.

“It’s like a family,” he says of ODASIS. “They adopt you, take you in, and give you advice and strategies for success that you would normally have to pay someone for.” 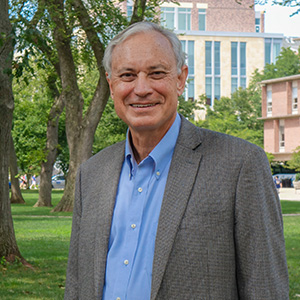 Another key experience was working in the lab of David Vicario, a behavioral neuroscientist in the Department of Psychology, and dean of social and behavioral sciences, who studies how the brain produces behavior.

As ODASIS prepared him for the demands of medical school, and the Vicario lab introduced him to the world of research, Cabezas sought out ways to work with the patient community he hopes to serve. He volunteered and later took a job with the Trinitas Medical Center in Elizabeth. He did a little bit of everything, transporting patients around the hospital, making their beds, and keeping them company.

“It’s like being a grandson to everybody,” he said. “It was really about me talking to my community and making sure they were okay. “

As he prepares for his first year of medical school, he looks back with fondness at Rutgers, and the many ways both small and large he found support and sustenance. Commuting from Elizabeth, he was often too tired to take the train home, so he stayed overnight with friends.

“The people I met at Rutgers are so friendly,” he said. “If you show people what you are about, they will respond to that. Because of them I was able to study and keep developing myself.”