An Undergraduate's Journey Culminates in Commitment to Combat Climate Change 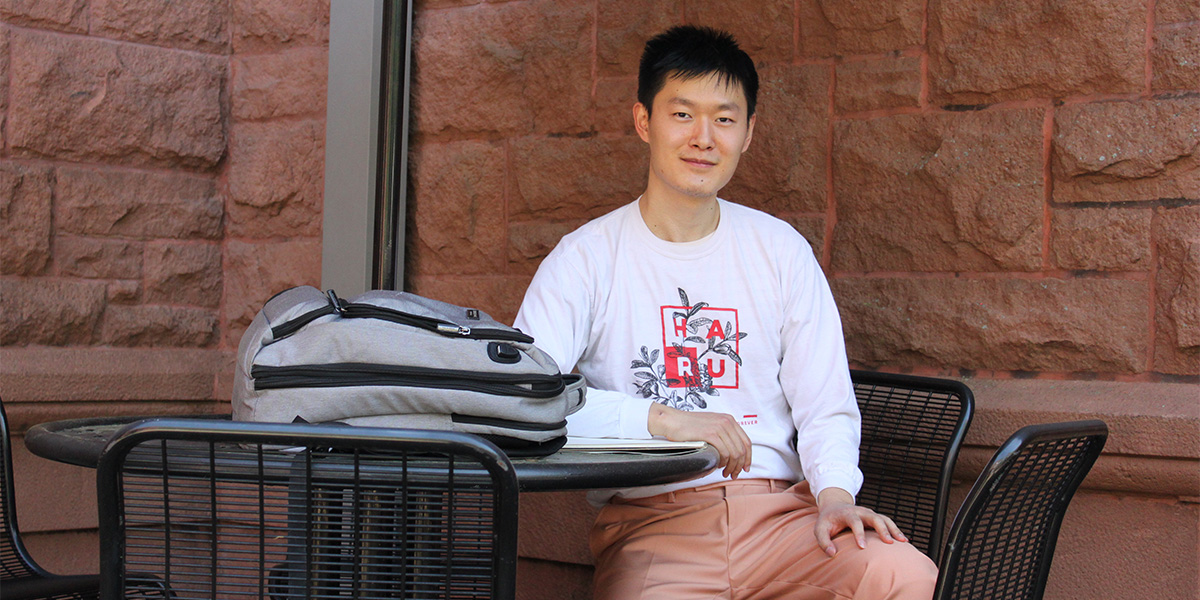 Xiangyue “Max” Wang arrived at Rutgers University with a penchant for asking a lot of questions.

His curiosity would take him in some surprising directions over the course of four years.

Wang majored in physics because he wanted to understand the world. He chose mathematics for a second major to better grasp the physics. And, because he enjoys questioning the principles underlying both fields, he minored in philosophy.

“I like to get to the bottom of things,” says Wang, a School of Arts and Sciences Honors Program senior in the Class of 2021. “I didn’t want to get just one perspective.”

But in his junior year Wang became riveted by coverage of the Australian wildfires and the climate strikes of September 2019. He started reading papers by climate scientists. And he began rethinking his path, which at the time seemed headed toward graduate studies in experimental physics.

“I encountered a crisis in the most literal sense, and that was the crisis of climate change,” he said. “I felt that unless this is solved, my other aspirations will have no meaning. You can’t study the sky if your house is on fire.”

So, he began searching for ways to apply his facility with science to the environment. He soon found one, embracing it with characteristic focus and dedication.

Next fall Wang heads off to New York University for a master’s degree program in data science. His goal: applying the principles of artificial intelligence to climate change mitigation. His honors thesis points the way forward, exploring how to precisely predict the amount of electricity a wind farm can generate at any given time through better wind forecast.

“If you want to rely on wind energy, you need to know how much electricity this wind farm will produce,” he said. “This is just one way in which data science can help make a smooth transition to a renewable grid.”

His new path puts him in the vanguard of an emerging movement that has just begun coalescing on websites like Climate Change AI.

“It is really not an existing field at this point,” Wang said. “I am hoping I can make it my own field and become the expert.” 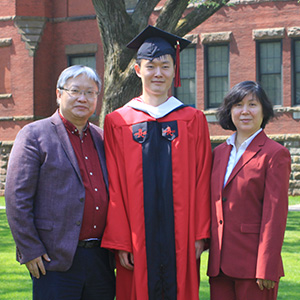 Wang’s purposeful, passionate approach to learning took hold on the day he entered an American classroom for the first time. He was 13, and terrified. His family had moved from China, settling in the Bergen County community of Leonia. Although he knew some English, his middle school teachers said he lacked the language proficiency to take advanced math and science classes.

So he took it upon himself to learn 40 words a day while studying algebra and geometry on his own.

“The idea was that in high school, at least I can start with pre-calc,” he said.

The approach worked. Wang was both an AP English and science student by the time he graduated high school.

At Rutgers, however, academic success has just been one part of an overall experience that he describes as lifechanging. In 2018, he and other students participated in The Dream Project, biking to nine states and participating in community service projects to address youth homelessness.

The journey provided Wang a bracing look at inequality that hit close to home. He speaks, for example, of just riding from New Brunswick to Trenton and seeing the disparities between cities and suburbs.

“This is something you would have thought ended decades ago in America,” he said. “It was mind-blowing to me that it’s still happening.”

He promptly made a run for a seat in the Rutgers University Senate, where he has made support for vulnerable populations a hallmark of his time in office. He served on a committee that reviewed health and wellness services on all Rutgers campuses and delivering a report that found numerous lapses.

As he prepares to graduate, Wang doesn’t hesitate when asked about the most memorable part of his Rutgers years. It’s the people—his friends—who taught him about the world. He noted that it was through having Black, South Asian, Muslim, and LGBTQ friends that he gained a deeper knowledge of what it’s like to experience discrimination.

“There are so many problems in the world at this moment that arise from people not being able to interact with others different from them,” he said. “Meeting so many people from so many cultures at Rutgers was the most valuable thing I could ever imagine gaining from a university.”