Seeking to Help Others, a Rutgers Senior Studies the Neuroscience Behind Psychiatric Illness 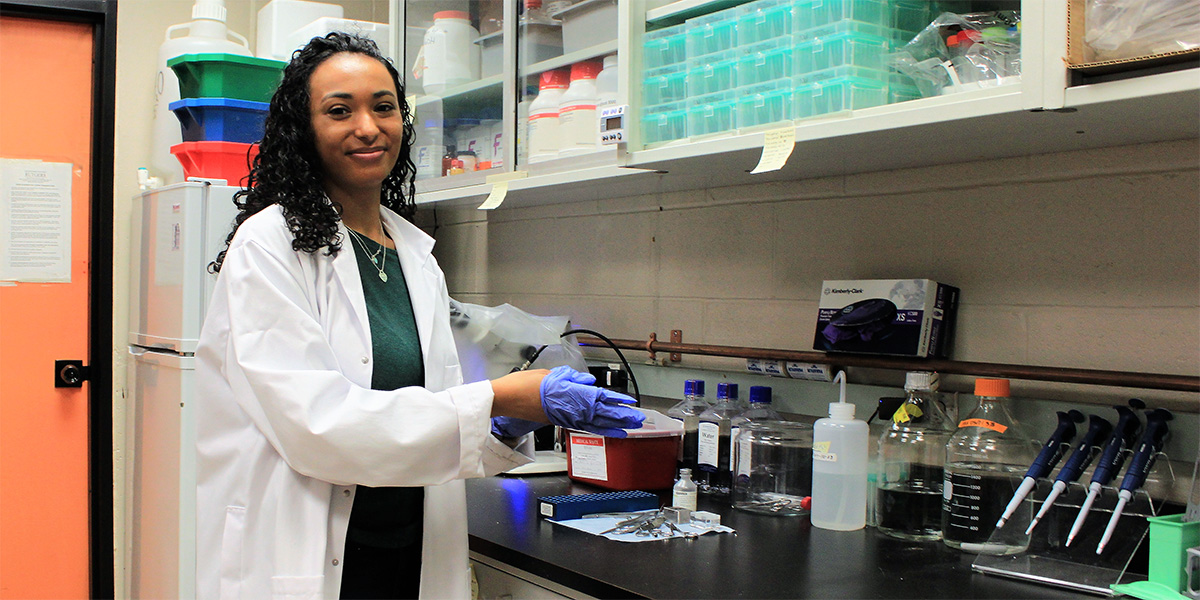 Ashley Crawley had always been strong in math and science. So, when it came time to figure out her path as a Rutgers University undergraduate, she mulled over possibilities that included engineering and premed studies.

But during her first year as a Rutgers Honors College student, she found herself moving in a surprising direction. It started when she took a course in general psychology as part of her honors requirements.

That class, taught by Keiko Brynildsen, introduced her to the study of psychiatric illnesses and the neuroscience behind the disorders. She had never planned to take the course. But she found it compelling from the start.

“I ended up calling my mom after every class saying, ‘Oh my goodness, I learned how all these different psychiatric disorders occur in the brain,’’’ says Crawley, a School of Arts and Sciences senior in the Class of 2021.

"It just became so interesting.”

Crawley soon became a psychology major with a focus in neuroscience, gravitating to courses like “Abnormal Psychology” and working in two Rutgers research labs focused on schizophrenia and addiction, respectively. 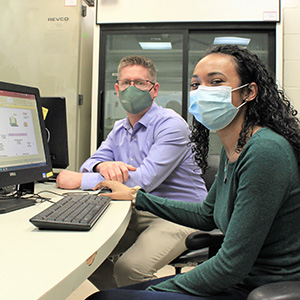 This year she was accepted into five Ph.D. programs in behavioral neuroscience and recently made her decision to enroll in the program at the University of California at Los Angeles (UCLA).

For Crawley, a Teaneck native, behavioral neuroscience plays to her strengths in science but also provides her with a framework for carrying out a fundamental goal in her life.

“I always knew I wanted to help people,” she said. “I wasn’t quite sure how, but I knew that’s what I wanted to do.”

Her work in the lab of psychology Professor David Barker serves as one example of how the field can change lives and contribute to the greater good. The lab explores the neuroscience of cocaine addiction, focusing on how the brain’s ability to process information changes over the course of prolonged drug use. The work can lead to a greater understanding of addiction and more effective treatment.

“We are starting to realize that addiction isn’t just something ‘bad’ that people do, but that it’s actually a psychological disorder that affects a large percentage of people,” she says. “And any type of research that helps us understand what is happening step by step in the brain can help us with model therapies and finding out what treatments work best.”

In graduate school, she plans to continue exploring the neuroscience behind psychiatric illnesses and hopes to make advances in understanding illnesses such as post-traumatic stress disorder and depression.

When she is not studying psychology, Crawley has been busy with two challenging minors: statistics and Latin. 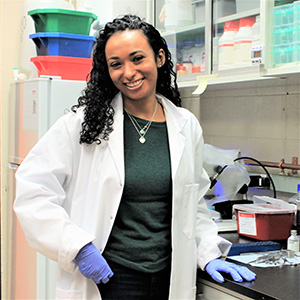 The statistics minor reflects her love of numbers and has helped enhance her lab work through classes on the R programming language. And as for Latin, Crawley has been studying the language since the seventh grade and reads the classic works and writes papers on themes, such as representations of femininity in the literature and its connection to magic.

“What I loved about the School of Arts and Sciences was that I had the freedom to combine all my interests together into one big thing,” she said.

As she gets ready for graduate studies at UCLA, she’s mindful that as a McNair Scholar, and as a multiracial woman, she is paving the way for others and bringing greater diversity to her field.

“I have never had a (neuroscience) professor that looked like me,” she says. “So, to be able to play a role in changing the face of neuroscience, that would be amazing. I would love to do that.”