Using Her Skills and Knowledge to Empower Others 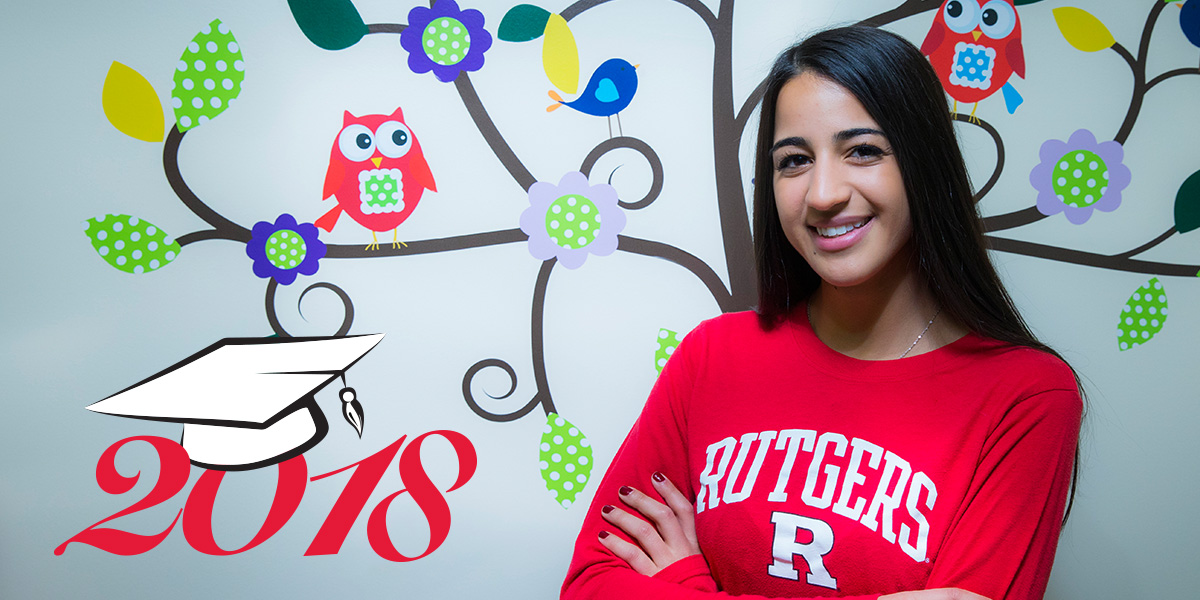 Aida Bahrami was in high school when she discovered the field that has become her calling at Rutgers.

In an honors sociology class at Hunterdon Central Regional High School, Bahrami learned about the Deaf community, and the role that speech-language pathologists play in supporting and treating people with hearing loss.

“Their work is so impactful,” Bahrami said. “They play an incredibly important role in people’s lives.”

Now a School of Arts and Sciences senior, and a member of the Class of 2018, Bahrami is poised to take a major step on the path that began with that high school class: Next fall she will enter a master’s degree program in communication sciences and disorders at Teachers College, Columbia University, with the ultimate goal of becoming a speech-language pathologist.

“I feel that everything I’ve done at Rutgers has prepared me for this moment,” she said.

Indeed, over the last four years, Bahrami has created a distinctive undergraduate experience, one that embraces a broad, liberal arts education while giving her room to grow in her passion for speech-language pathology. She majored in linguistics, minored in cognitive science, and earned a certificate in speech and hearing sciences.

Everything I’ve done at Rutgers has prepared me for this moment. I want to empower people to have a voice.

“After high school I wasn’t sure I wanted to go to school specifically for speech-language pathology,” she said. “At Rutgers, I took some linguistics courses and fell in love with it. I wasn’t studying the mechanisms of the mouth, but I was studying the roots, history, and processes of language, which was fascinating and incredibly helpful.”

She also acquired a wealth of experience outside of the classroom, doing research, working at a local medical practice, and shadowing speech pathologists, including a team that treated kids with autism spectrum disorders at the Douglass Developmental Disabilities Center.

“I can vividly remember the first time I walked in and saw how they were being enabled,” she said. “I knew this was where I wanted to be.”

Meanwhile, at the Pediatric and Adult Rehabilitation Center in Somerset, where she worked as an office coordinator and therapy assistant, Bahrami was able to observe patients and make connections between their symptoms and the theoretical material she was learning in her classes, such as phonology, the study of the patterns of sounds in languages.

“I was quick to notice that the difficulty a patient had in pronouncing sounds was in fact due to phonological processes,” she wrote in a reflection on her work. “My strong understanding of phonology allowed me to distinguish the processes that the child was exhibiting.” 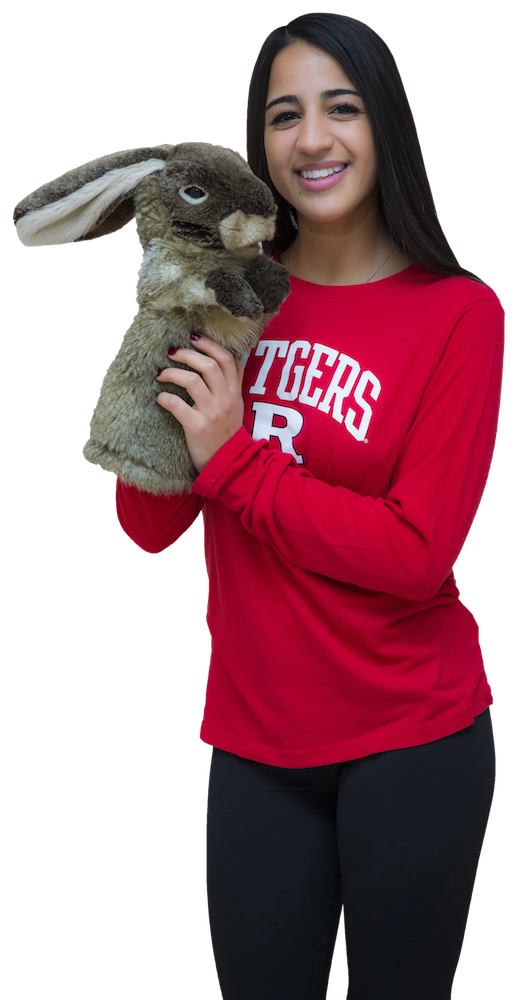 She also served as a research assistant and peer instructor at the Aresty Research Center, and was a member of linguistics professor Kristen Syrett’s research team in the Laboratory for Developmental Language Studies.

Syrett, whose research explores complex questions about language acquisition, praised Bahrami for her desire to use her training and knowledge to make a positive change in people’s lives.

“She is one of the most cheerful, hard-working, professional, devoted students and research assistants I have encountered in my time at Rutgers,” Syrett said. “Her love of language and child development, careful training, and interest in intervention and education will no doubt benefit any population she serves.”

Bahrami says one of the appealing aspects about speech-language pathology is the broad range of populations it serves, including the Deaf, the developmentally disabled, and those with autism. There is also an active research community.

While she hasn’t decided on a specialty, she feels fortunate to have found her calling.

“I want to empower people to have a voice,” she said.