Rutgers Senior Discovers His Calling in the Study of Mind 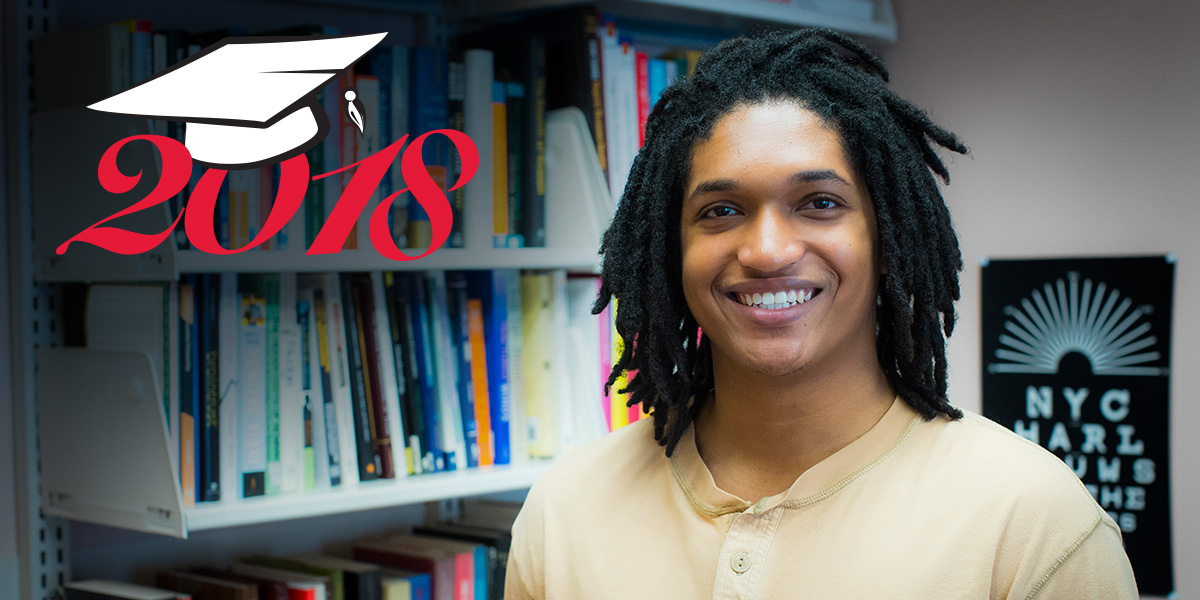 An array of challenging courses pointed the way to cognitive science

Knyckolas Sutherland is a Rutgers University student whose passionate pursuit of knowledge impressed his teachers and earned him good grades but made it difficult to decide on a major.

Strong in the STEM disciplines, Sutherland also has a penchant for pondering deep philosophical issues.

“I enjoy questions like: ‘Why are there so many different expressions of God or soul?’” says Sutherland, a School of Arts and Sciences senior in the Class of 2018. “I am interested in the bigger picture of what that might tell us about the way the mind works.”

Sutherland, who attended Union County Magnet High School, where he excelled in the sciences, considered engineering when he arrived at Rutgers. But he was drawn to the array of course offerings at SAS. And he had a strong experimental bent. He took classes in computer science, linguistics, and behavioral economics.

“The courses were compelling,” he said. “But I wasn’t really sure what I was going to do.”

I was interested in exploring the dynamics that pit people against each other, and help us find better ways to get along.

He didn’t know it at the time, but he was building an impressive background in an emerging field that would soon become one of SAS’s newest undergraduate majors: cognitive science.

One class that particularly resonated with him was “Cognition and Decision Making” in which students explored game theory experiments with the goal of discovering how and under what conditions humans cooperate with one another.

“Ever since I was young I’ve felt that I am an effective mediator in conflicts,” Sutherland says. “I can understand why people were motivated to do the things they did.”

He began seeing connections between what he was learning in the course and what he saw as a growing sense of tribalism in American politics, and alienation in the larger culture.

“We’re living in times when the communication advances that were supposed to bring us together are tearing us apart,” he said. “I was interested in exploring the dynamics that pit people against each other, and help us find better ways to get along.”

Sutherland eventually discovered that cognitive science, the interdisciplinary study of the human mind, was a perfect fit for his far-reaching interests. The Rutgers University Center for Cognitive Science, launched in the late 1980s, draws faculty from a range of disciplines, including several that had already piqued Sutherland’s intellectual curiosity: behavioral economics, linguistics, psychology, and computer science.

“Ultimately, I am fascinated with learning why people interact with the world in the way they do,” Sutherland says. “Cognitive science is a good scientific basis for study of many of these questions.”

He was not alone in finding his focus in cognitive science. Responding to increasing student demand, the center in 2017 established its first-ever undergraduate major in cognitive science, a uniquely-structured program that covers everything from cognitive neuroscience to language to perception.

Brian McLaughlin, the director of the center and a veteran philosophy professor, says the major is excellent preparation for medical school; graduate studies in psychology, linguistics, philosophy, and computer science, and career paths such as big data, human resources, and teaching.

Sutherland wants to work in data analytics after graduation, and eventually attend graduate school. He finishes his undergraduate experience feeling grateful for finding his niche.