Studying Languages and Embracing the World 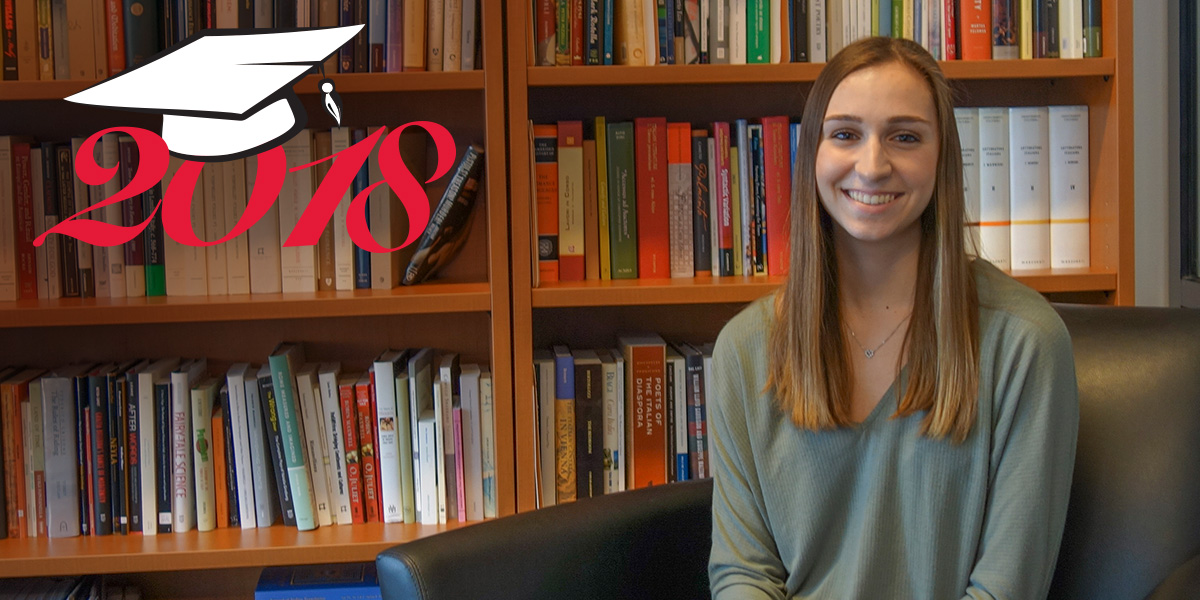 I’ve learned so much in the Italian department—starting with this beautiful language and then extending into film, literature, and culture.

Whether she’s watching Life is Beautiful in its original Italian, discussing the plays and novels of Luigi Pirandello with her aunt in Naples, or learning about the social and political issues facing modern Italy, Maria Di Costanzo always feels inspired in the Department of Italian.

“It’s a total life experience,” says Di Costanzo, a School of Arts and Sciences senior. “I’ve learned so much in the Italian department—starting with this beautiful language and then extending into film, literature, and culture.”

“I’ve always been fascinated with the idea of working at the United Nations,” she says. “The options feel limitless.”

Di Costanzo’s father, Giovanni Di Costanzo, the owner of the Gianni's Pizzarama in Piscataway, grew up in Ischia, an island off the coast of Naples, and came to the U.S. when he was 18. Although Maria strongly identified with her heritage, she wasn’t sure she would major in Italian, or in any language for that matter, when she arrived at Rutgers.

She took some Italian courses, but was hesitant to even speak in class, wondering if the Naples dialect she learned from her family might hinder her ability to speak standard Italian.

She considered other majors, such as global business.

But it was in her Italian and Spanish classes in which she felt the highest sense of calling. The stage was set when she signed up for an Italian literature class with Professor Laura Sanguineti White, a class in which she read books by the author Luigi Pirandello, a favorite of her aunt’s.

“When I went back to Italy over the summer, my aunt and I just sat in her kitchen talking for hours about the book,” she said. “Something just clicked in my head: I can read these complex works in the original language and discuss them.”

She went home, got on the Rutgers website, and changed her major to Italian, and later added Spanish.

“This is what I want to do. This is my calling.”

Now she’s mastered the language and is president of the Italian Club. Adult students auditing courses seek out her help to fulfill their dream of learning Italian. 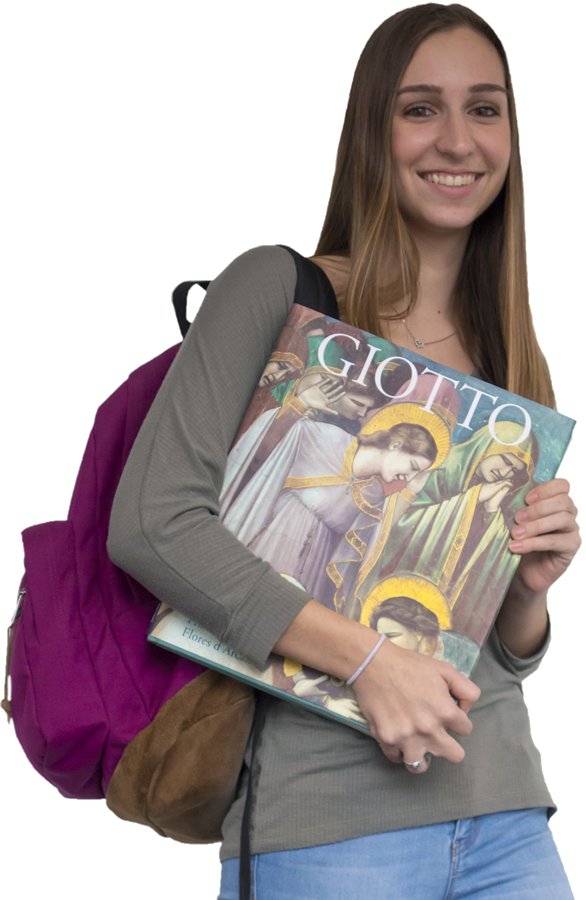 “I feel I’ve been transformed from someone insecure in their ability to speak the language to someone who helps others grow and become more confident in the language,” she says.

She’s considering building a career in the global arena. And right now she’s using her language skills to help people close to home. At the Eric B. Chandler Health Center in New Brunswick, where she has an internship, Di Costanzo is serving as an interpreter between Spanish-speaking patients and doctors and nurses.

“I see the patients in tears sometime,” she says. “They’re just so relieved and grateful to be able to have an efficient and useful conversation in that context.”

She also works as a community service officer for the Rutgers Police Department, patrolling on foot, bicycle, horseback, and in specially marked security vehicles. In this capacity, too, she uses her language skills to help people, answering questions and giving directions. She even pulled out a bit of Polish – her mother was born in Poland – to help someone needing parking information.

Looking back on her four years, Di Costanzo says the lesson is clear.

“Don’t be afraid to try everything that interests you,” she said. “I would never have imagined that I could combine language with law enforcement. In the end you will find what you were meant to do.”http://italian.rutgers.edu/