A Powerful Memoir Inspires Students to Tell Their Stories

In seminar on Sonia Sotomayor, students reflect on their own lives 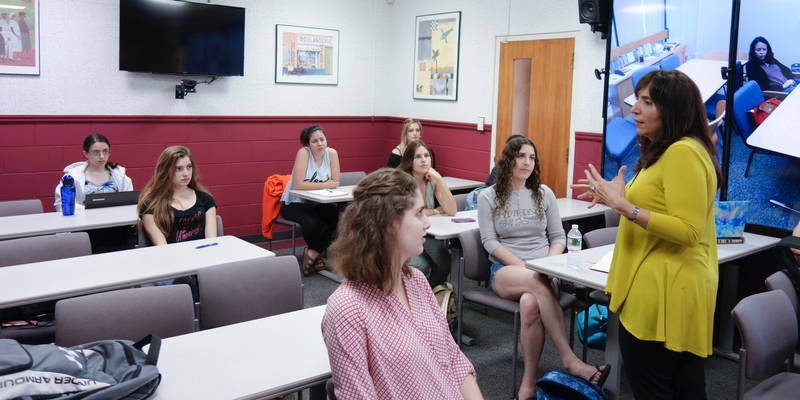 Supreme Court Justice Sonia Sotomayor’s memoir has been hailed as an eloquent, honest, and compelling account of an epic life that began in a tough Bronx neighborhood and led to the nation’s highest court. 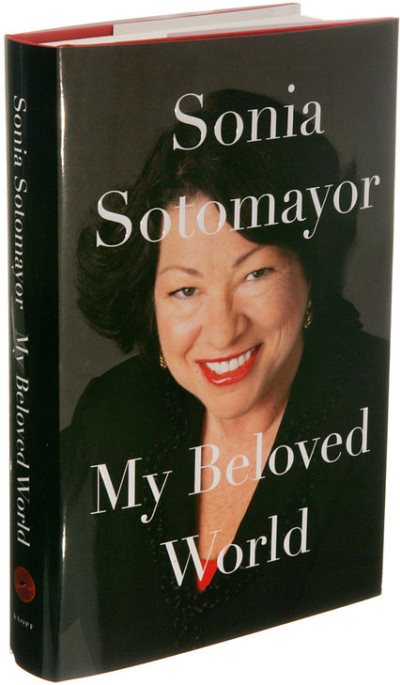 The book—My Beloved World—has also had a powerful impact on a group of Rutgers undergraduates who read the autobiography and wrote their own memoirs as part of a new seminar offered by the Department of Spanish and Portuguese in the School of Arts and Sciences.

“I could see a lot of parallels between how Justice Sotomayor grew up, and my own upbringing,” says Paola Pinzon, a senior from Madison. “When she talks about going to Princeton, and how it felt to be in a mostly white environment, that’s how I felt in my own high school.”

The seminar—“From the Bronx to the Supreme Court: My Beloved World”—is taught by Professor Dámaris M. Otero-Torres, who saw the book as a powerful means to explore issues of race, gender, and politics, and to inspire students to reflect on their own lives.

“Students are hungry for these types of stories,” says Otero-Torres, the department’s undergraduate director. “At this stage of their lives, they don’t realize that they already have a story in the making. The way the book is written has the effect of validating their stories. And they need to own their stories.”

Sotomayor, the nation’s first Hispanic supreme court justice, grew up in a Bronx housing project, the daughter of an alcoholic father, who died when she was nine, and an emotionally distant mother. She went on to graduate from Princeton University and Yale Law School.

Otero-Torres initially taught the class as a Byrne Seminar for first-year students. But over time, she decided it was the ideal seminar for more experienced students who are majoring or minoring in Spanish. The class was held in the Language Lab Building where a special video portal designed by the Department of Computer Science allowed students on the Newark campus to take the seminar.

For seniors graduating this week in the Class of 2017, the seminar provided an opportunity to engage in deep reflection at the end of a busy four years. Students were required to write a 10-page memoir, in Spanish.

“I think this seminar should actually be part of the core curriculum,” said Elizabeth Baran, who is majoring in Spanish and political science with a minor in women’s and gender studies “It’s really important for students to reflect on what they’ve done in their life, and how that’s going to propel them into the future.”

Baran, who wants to be a lawyer, said the book provides helpful advice on getting through law school and succeeding in the legal profession. But she noted there are also moments when Sotomayor, as a prosecutor, sees the gray areas in the law, and makes difficult decisions, such as not seeking a lengthy sentence for a man convicted of domestic violence because of the financial impact it would have on his family.

“She recognized there was more to the story than what was on the surface,” Baran says. “And that is something I will take with me as I go into public interest law.”

Ilana Shaiman, majoring in Spanish and journalism and media studies, wants to be a writer. She too felt that the book will have a lasting impact on her.

“Sotomayor has a very humble voice, yet she's also this very inspiring, determined woman,” Shaiman says. “This book helped expand my perspective on the world and helped me to see why people are the way they are, and how childhood shapes who they are.”

Pinzon, majoring in Spanish and psychology, said it was cathartic talking about the book during an oral presentation to the class. She discussed another painful parallel between Sotomayor's life and her own: The death of her father.

"It's very fitting that this class was one of the last I took at Rutgers," she says. "It was important to have that opportunity for self-reflection in our final chapter as undergraduates."

Students found that writing their own memoir was no easy task. But they said that struggling through the process left them feeling a little wiser, empathetic, and self-aware. 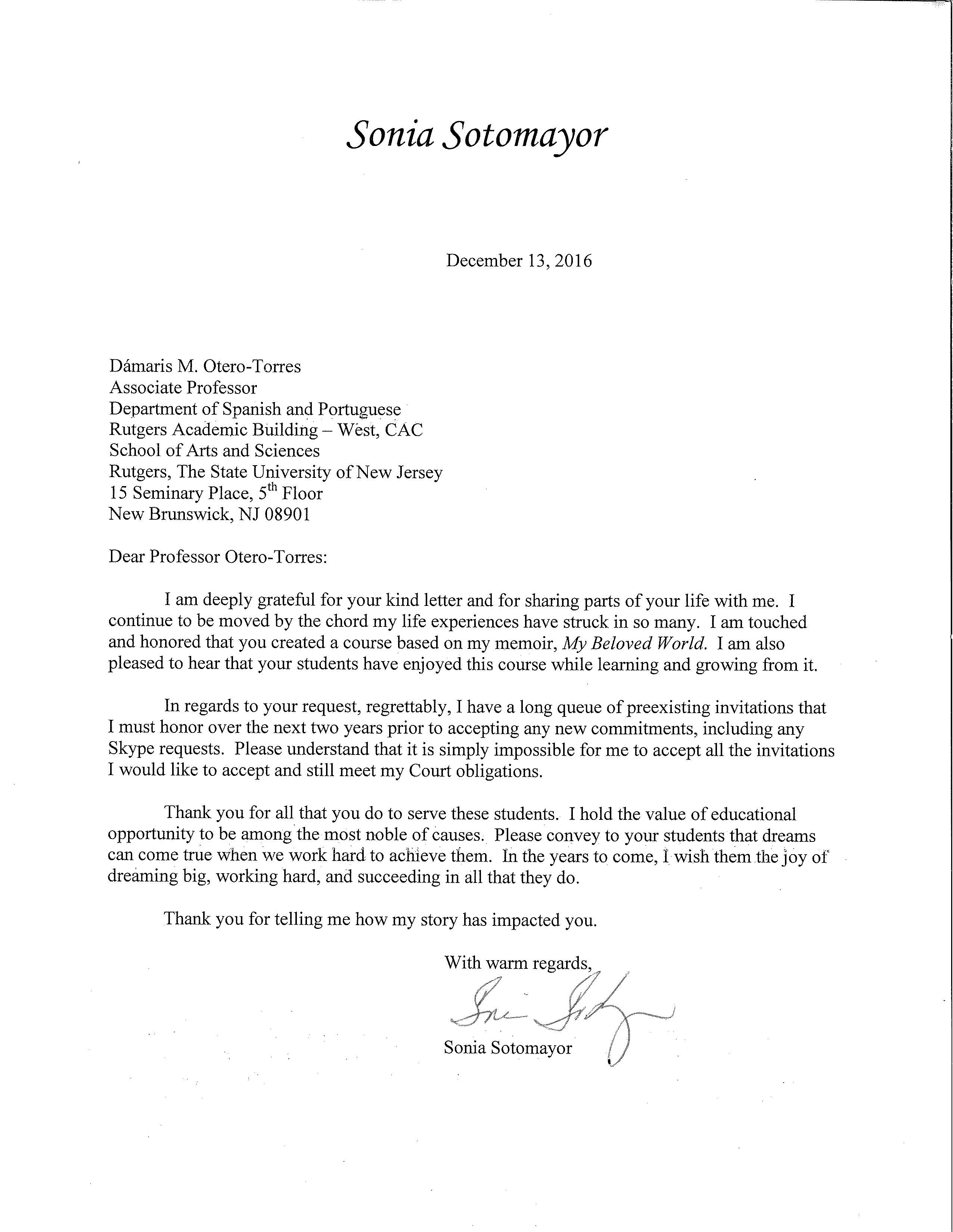 “I think I discovered a deeper sense of who I am,” says Danielle Gonzalez majoring in journalism and media studies and minoring in Spanish. “It helped me understand why I do certain things; why I act certain ways, and why I look for certain relationships with other people. It was connecting the dots of who I am.”

“It is not an easy process,” she said. “I am a very guarded person and writing memories requires a lot of vulnerability. I have come to accept that I am a guarded person. That is who I am. And that has been a huge learning lesson for me.”

Otero-Torres took the step of inviting Sotomayor to speak to students in the seminar. Sotomayor wrote back to say that her schedule would probably preclude a visit, but that she was thrilled that Otero-Torres had created the seminar.

“I am touched and honored that you created a course based on my memoir,” she wrote. “I am also pleased to hear that your students have enjoyed this course, while learning and growing from it.”