Gifted in Math and Music, a Rutgers Professor Reaches Audiences in Both Worlds 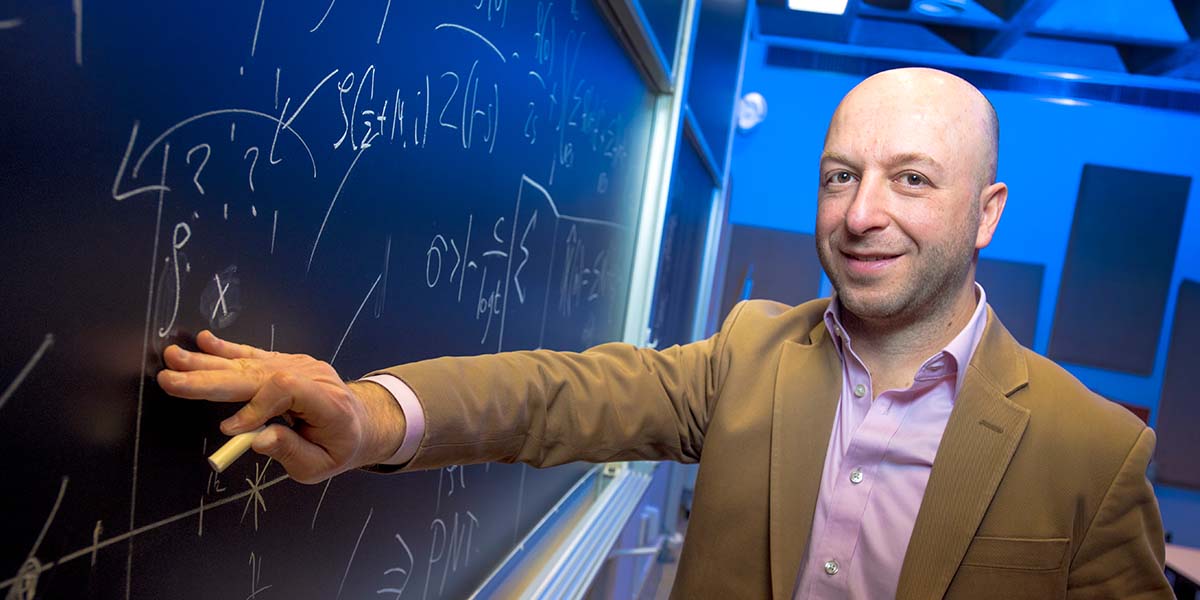 A research mathematician’s work might seem very different from that of a jazz musician.

But a Rutgers University professor who has inhabited both roles to widespread acclaim would disagree.

“I think of the harmonic innovations that took place from Louis Armstrong to the bebop of Charlie Parker,” says Alex Kontorovich. “That is very much analogous to math research, which has been growing exponentially in what it can accomplish, and in the techniques required to accomplish it.”

Kontorovich is a 41-year-old award-winning professor in the Department of Mathematics, School of Arts and Sciences, where his research focuses in part on analyzing geometrical spaces to develop theories about whole numbers. 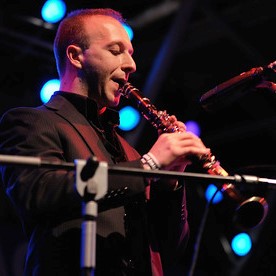 He is also a saxophone and clarinet player steeped in klezmer, the musical genre that took root in the Ashkenazic Jewish communities of Eastern Europe. He has toured with the Grammy-winning Klezmatics, co-founded the Klez Dispensers, and performed in venues from the Montreal International Jazz Festival to Lincoln Center in Manhattan to the Jewish Culture Festival in Krakow.

Whether he’s developing new number theories or bringing fresh jazz-inflected approaches to klezmer, Kontorovich is known for working on the experimental edge of his fields.

His 2007 solo release Deep Minor was hailed by critics as an inventive and groundbreaking update of “radical Jewish culture” for the 21st century.

In mathematics, meanwhile, Kontorovich won the 2014 Levi Conant Award with a paper that judges praised for introducing a new field of number theory capable of illuminating ancient problems.

Kontorovich, a genial and outgoing scholar who strives to reach general audiences, says both fields require a certain amount of risk-taking to make breakthroughs.

“I’m someone who’s willing to accept failures when they occur, and that’s what I tell my students on the first day of class,” Kontorovich said. “Out of 300 ideas, one will turn out to be good. But you need the 299 others to know what works.”

Born in the former Soviet Union, he moved with his family to the United States when he was 8.

And having a mathematician mother meant he has been around math forever, he says. “A long car ride meant my mom was going to give me and my siblings a bunch of math problems to solve. There were no iPhones.”

He earned his bachelor's degree from Princeton University and his PhD from Columbia University. Fascinated with analytic number theory, he was drawn to Rutgers by the size and depth of the math department, which includes renowned prime number theorist Henryk Iwaniec.

His college years were also a time of intense musical growth, and he often worked on equations during soundchecks and bus rides to gigs. A saxophone player since the eighth grade, he is a longtime devotee of the free jazz pioneered by Ornette Coleman and 1960s-era John Coltrane. At Princeton he was introduced to klezmer, which appealed to his eclectic musical tastes and Russian Jewish roots.

Kontorovich was soon meeting and learning from an older generation of traditional klezmer musicians who had emigrated to America earlier in the 20th century. At the same time, he was becoming part of a distinctly American klezmer movement that added jazz, funk, and Latin influences.

“What drew me to klezmer is that it has it all,” Kontorovich says. “There is a huge range of music, from simple melody and chords that anyone can play to some of the most technically demanding music that’s as challenging as any bebop lick.

“Klezmer is more than the melodies and getting the notes right. It’s the expression of the notes.”

Now a married father of two, Kontorovich has scaled back his musical projects over the last decade to focus on research and family. But he brings to mathematics a commitment to public outreach that he developed as a touring musician.

He spent the 2020-2021 academic year as a Distinguished Visiting Professor at The National Museum of Mathematics (MoMath) in Manhattan, where he gave lectures and created programs like “Math’s Greatest Hits” for general audiences of students, parents, and seniors.

“My whole goal over the year was to just let people know that math research exists,” he says. “The vast majority of people think that it was all worked out hundreds of years ago.”

The public is typically more aware of advances in physics, computer science, and medicine than in mathematics, which Kontorovich says is lamentable but understandable.

“Most of what pure mathematicians can and do think about, the general public should say, ‘Who cares?’” he says. “That’s a great first question. And the answer is that every society that has invested in this kind of ‘thinking for the sake of thinking’ has reaped benefits.

“The fact that we can communicate securely over the internet is the result of some stupid, basic questions people asked for no reason 300 years ago.”

Back at Rutgers this year, Kontorovich is busy teaching undergraduate and graduate students and working on exceedingly daunting research projects.

But he remains committed to the cause of public math. He maintains visibility on social media, narrates videos, and often engages in press interviews.

In a lecture to parents and young people at MoMath several years ago, he spoke in near spiritual terms about mathematics.

“Plato liked to say that any object we as human beings can experience on this earth is the shadow of an ideal object in heaven,” Kontorvorich said. “We can’t see it; we can just get glimmers of it throughout our life experiences.

“In mathematics, you try to study this idealized version of life.”