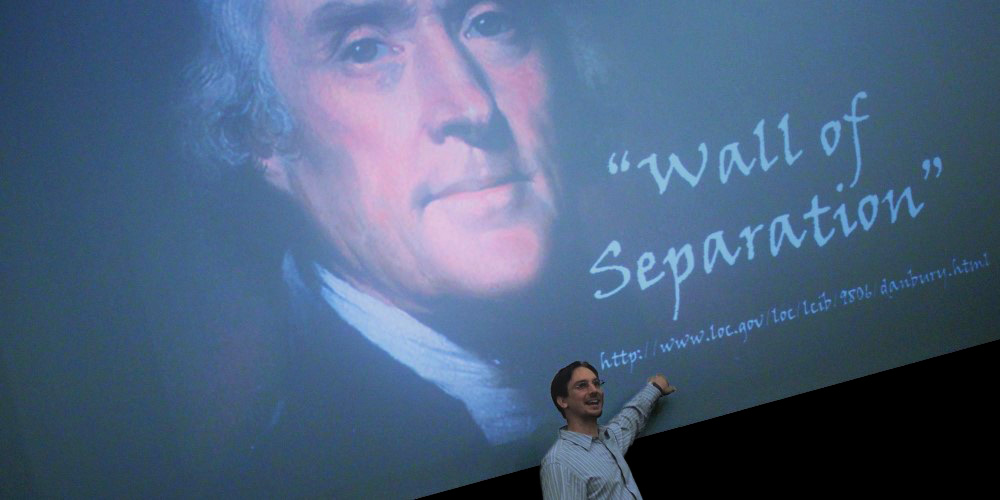 The January 6 attack on the U.S. Capitol drew attention to a number of extremist movements including the Proud Boys, the Oath Keepers and followers of the QAnon conspiracy theory. The throngs of attackers also included Christian nationalists, whose ranks may overlap with the groups above but who also constitute a movement that has been growing for decades. Joseph Williams, a professor in the Department of Religion, studies American religious history, including the relationship between religion and politics. Christian nationalism is among the topics he covers in "Religions Now: 21st Century Controversies," the SAS Signature Course he teaches with Professor Tia Kolbaba. You can watch Kolbaba's recent Scarlet Speakers talk on these issues here. The interview below was published March 4, 2021.

Q. How do we define and understand the term Christian nationalism?

A. Christian nationalists insist that the United States was established as an explicitly Christian nation, and they believe that this close relationship between Christianity and the state needs to be protected—and in many respects restored—in order for the U.S. to fulfill its God-given destiny. Recent scholarship underscores the extent to which these efforts to secure a privileged position for Christianity in the public square often coincide with efforts to preserve the historical status quo on issues of race, gender, and sexuality. And the practical ramifications of such views involve everything from support for laws that codify specific interpretations of Christian morality, to the defense of religious displays on public property, to nativist reactions to non-white, non-Christian immigrants. 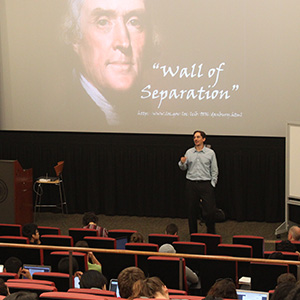 Q. Since the late 1970s, religious conservatives, particularly white evangelicals, have stepped up their involvement in politics and have become a formidable voting bloc and influential voice within the Republican party. Is the type of Christian nationalism we are seeing today an extension of that movement or something new entirely?

Q. Related to the last question, we know that religious conservatives have long been vocal against abortion rights and same-sex marriage. In what way does the agenda of Christian nationalists go beyond these long-argued, hot-button social issues?

A. It is important to distinguish here between those who stress the centrality of religion in their personal lives compared to those who place a high value on public religious expressions along the lines of Christian nationalism. On the one hand, like many other religious conservatives, Christian nationalists typically portray abortion and same-sex marriage as a direct attack on the fundamental source of order within society: the traditional two-parent family where the mother and father fulfill gender-specific roles. On the other hand, scholars observe a significant divide between the two groups: tolerance of religious out-groups decreases specifically among those who prioritize public religiosity. For instance, Christian nationalists demonstrate a greater willingness to restrict the civil liberties of religious “others.” They also frequently question the existence of unjust racial disparities in the criminal justice system, and embrace nativist restrictions on immigration. Simply put, Christian nationalists discern numerous threats to the (Christian) body politic, and for many, these threats are highly racialized.

Q. Would it be fair to say that Christian nationalists are a danger to democracy?

A. There are numerous expressions of Christian nationalism, and some pose more of a threat to democracy than others. That said, when Christian nationalists seek to automatically privilege conservative Christian norms and identity, they separate out a special class of “true,” “fully American” citizens from others. And in a multi-ethnic, multi-religious democracy such as ours, these efforts are inherently destabilizing and undermine open and honest national debates over a host of issues. 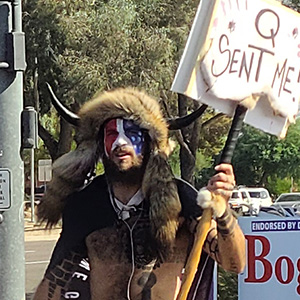 Q. Christian nationalists were among those who stormed the Capitol on Jan. 6. There were a number of groups there—the Proud Boys, QAnon adherents, the Oath Keepers—and many people who were not part of any specific group but whose beliefs may align with any or all of those. Was there a specific moment, either a photo, or witness account, that showed a distinctly Christian nationalist ideology at work?

A. One widely circulated video shows the so-called “QAnon Shaman,” Jacob Chansley, leading a prayer in the Senate chamber using a megaphone. During the prayer Chansley thanks his “heavenly father” for the ability to: “send a message to all the tyrants, the communists, and the globalists, that this is our nation, not theirs, that we will not allow the America, the American way of the United States of America to go down.”

While there is a lot going on in Chansley’s prayer here, suffice it to say he clearly sees himself as reclaiming Christianity’s rightful place in the heart of government. He is confident that he is helping restore the proper order, with “patriots that love [God]” driving out those who have no right to claim the nation as “theirs.”

Q. Tell me about your own teaching, including the Signature Course, and how you address these issues.

A. For a topic like Christian nationalism, there are a number of questions that we will discuss with students and encourage them to consider: What factors in recent U.S. history contribute to the growing prevalence of Christian nationalism in the national discourse? Who is drawn to Christian nationalism and why? What is the precise relationship between the explicitly religious elements of Christian nationalism and the overlapping ideologies of race, gender, and sexuality that it intersects with? What do sound bites in the news frequently get wrong regarding the movement? Finally, we also introduce them to intersections of nationalism and religion in other parts of the world, encouraging them to think comparatively about how religious identities are related to ethnic and national identities in Turkey, India, and Hungary. In short, in the Signature Course we’re constantly looking for ways to provide students with the tools they need to critically assess religion’s role in contemporary controversies. 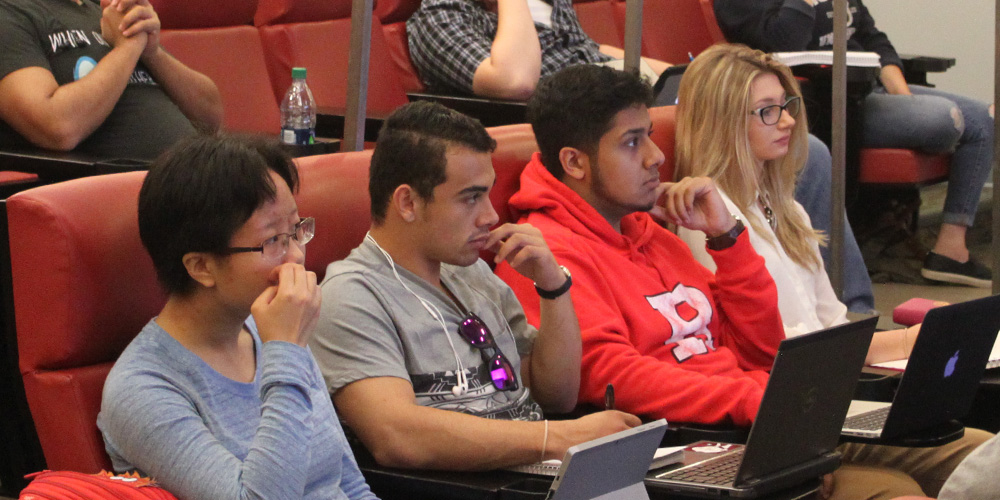