Today marks the 99th anniversary of the 19th Amendment being certified by the Secretary of State for incorporation into the U.S. Constitution.

“We have now begun the centennial year of a constitutional amendment—the 19th—that barred states from disqualifying voters simply because they were female,” says Ann D. Gordon, Research Professor Emerita in History and editor of the Elizabeth Cady Stanton and Susan B. Anthony Papers Project at Rutgers.. 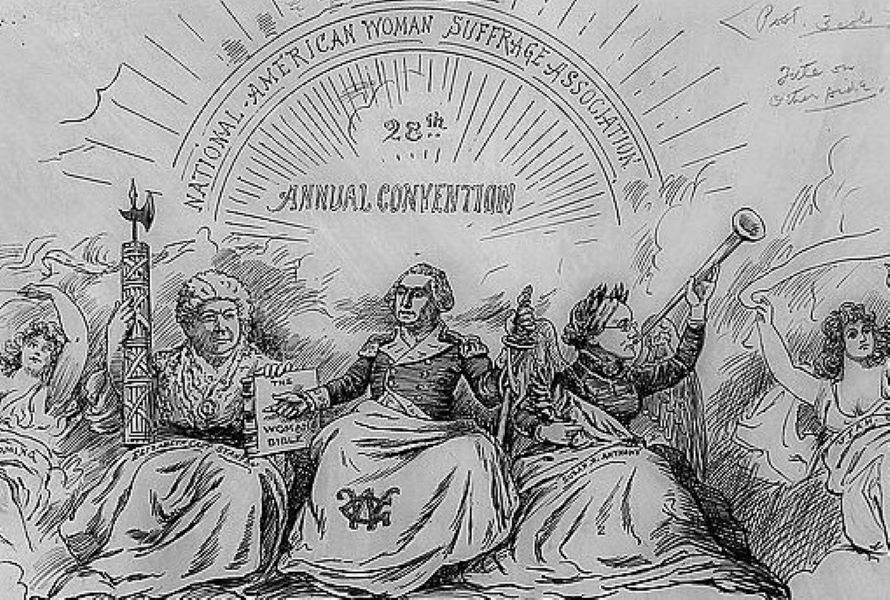 Gordon, who is the editor of the six volume series, The Selected Papers of Elizabeth Cady Stanton and Susan B. Anthony, writes that after majorities in the House of Representatives and Senate passed the measure in May and June 1919, it was referred to states for legislative approval.  New Jersey approved the measure on February 9, 1920, being the twenty-ninth state to do so, and on August 26, the Secretary of State certified its incorporation into the U.S. Constitution.

The 19th Amendment granted no rights. It simply limited the power of states to exclude potential voters: Section 1 reads: ‘The right of citizens of the United States to vote shall not be denied or abridged by the United States or by any state on account of sex.”

Although at the time New Jersey’s constitution limited voting to male citizens, the federal amendment superseded that local rule. 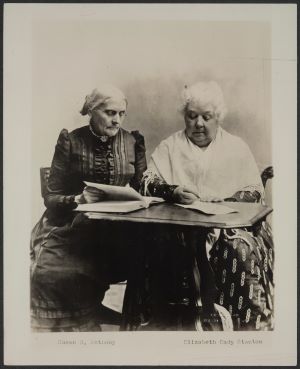 Women began to register to vote.

In the case of New Jersey, however, the 19th Amendment actually restored woman suffrage. New Jersey’s constitution of 1776, in effect until 1844, allowed “inhabitants” to vote.

At the founding of the nation, white women as well as free African American men and women could vote if they possessed a fixed sum of money. People exercised this right until 1807, when the legislature “reinterpreted” the Constitution by statute and limited the privilege of voting to white male citizens.

The question of whether women should have a direct voice in their government endured, surfacing in every decade until 1920; it inspired a social movement in all the states, mobilizing thousands of women, who eventually wore down the opposition.

They persisted because, in the words of an activist in Wisconsin in 1880: “I want the ballot. First because it is mine by a right, withheld by the ‘powers that be’. Second because I need it.”

In the cartoon above, Stanton is holding her controversial book, The Woman's Bible, part one of which had been published in 1895, by George Yost Coffin, a prominent political cartoonist, to mark the convening of the 28th annual meeting of the National American Woman Suffrage Association. In an apotheosis, Susan B. Anthony and Elizabeth Cady Stanton join George Washington in an American pantheon--a bit of historical revisionism that seems modern today. On either side of the central group are two allegorical figures Wyoming, to the viewer's left, which entered the union as the first woman suffrage state in 1890; Utah, to the viewer's right, which gained statehood with woman suffrage in 1896--the year of the cartoon. Coffin's Susan B. Anthony blows a horn, either to summon her troops or celebrate a victory.