"Despite their long history in support of the franchise, African American women rarely collaborated with white women,” writes Rutgers Historian Kali Gross about the movement to enfranchise women in the early 20th century. 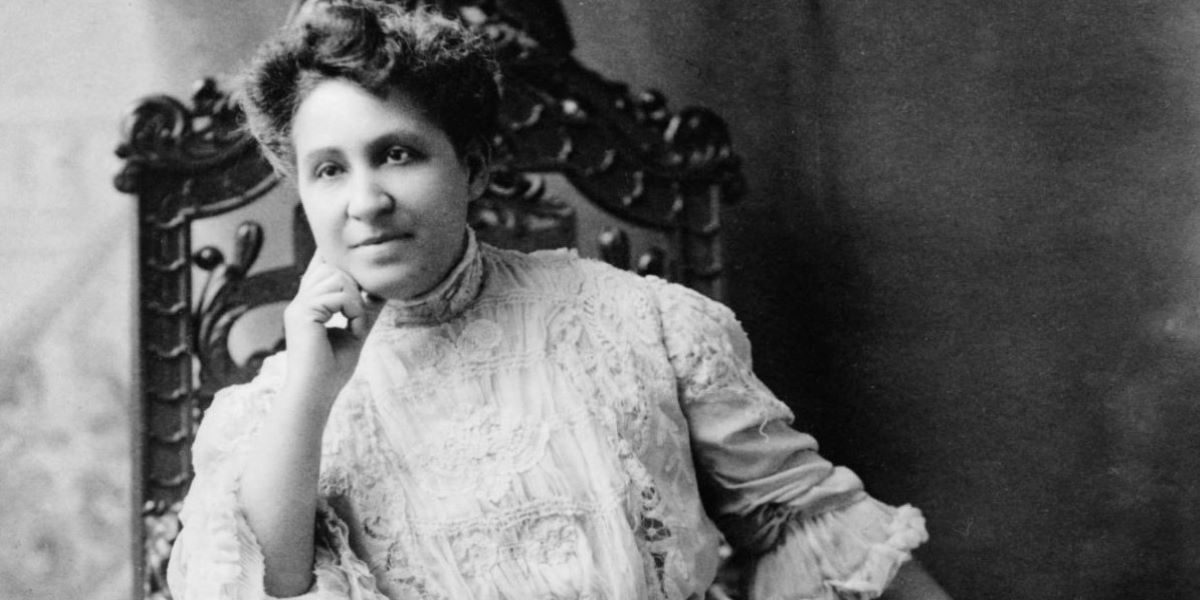 The Martin Luther King, Jr. Professor of History at Rutgers University–New Brunswick, Gross’s research explores Black women’s experiences in the U.S. criminal justice system. She has penned two award-winning books: Colored Amazons: Crime, Violence, and Black Women in the City of Brotherly Love, 1880–1910 (2006) and Hannah Mary Tabbs and the Disembodied Torso: A Tale of Race, Sex, and Violence in America (2016). Her latest book, co-authored with Daina Ramey Berry, is A Black Women’s History of the United States (Beacon Press, 2020).

Reflecting on Black women’s actions at the time of the passage of the 19th Amendment, Gross writes:

The nineteenth amendment’s passage and ratification meant different things to different women. For African American women it was, in many respects, a milestone in an otherwise long journey toward equal citizenship. 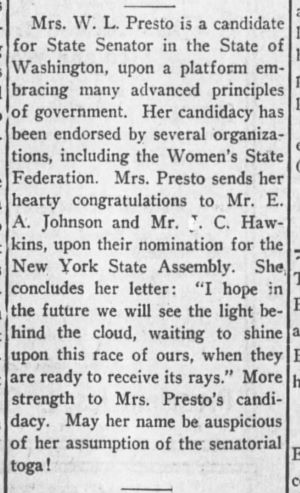 Prior to its passage, Black suffragists such as Mary Church Terrell had actively lobbied in Washington, DC, and delivered passionate speeches connecting women’s right to vote to broader notions of female equality. Despite their long history in support of the franchise, African American women rarely collaborated with white women.

White suffragists tended to believe themselves better suited for the franchise, over both Black women and Black men. The same racial biases that prevented Black and white suffragists from working together also stalled their efforts to work effectively to combat voter suppression in the 1920s, though African American women soldiered on, independently.

Some Black women even ran for public office. In 1918, Mrs. W. L. Presto, Secretary of the Seattle King County NAACP, campaigned for a state senate seat in Seattle, Washington. Presto lost her bid but achieved a place in history as the first Black female candidate to run for a state legislature. The New York Age published her congratulations to the first two African American men elected to statewide office in New York State: “I hope in the future we will see the light behind the cloud, waiting to shine upon this race of ours, when they are ready to receive its rays.”

Her platform was robust and unabashedly feminist, as Presto championed equal pay for labor regardless of gender, called for a cost-of-living increase for widows’ pensions, and held that taxpayer’s children should not have to pay tuition at state educational institutions. Presto’s audacity matched that of the masses of energized Black women. They were eager to make good use of the franchise, though many African American women despaired that their sisters in the South remained largely barred from exercising their constitutional rights.