The Election of Muslim Women to Congress and Around the Country, 2018

In 1788, a critical point of debate during the state-by-state battle to ratify the Constitution was: “Could a Muslim be President?” Sylvia Chan-Malik, Professor of American Studies and Women's, Gender, and Sexuality Studies (WSSG), responding to this query 100 years after women got the vote, rewrites the question: “’Could a Muslim woman be President?’" 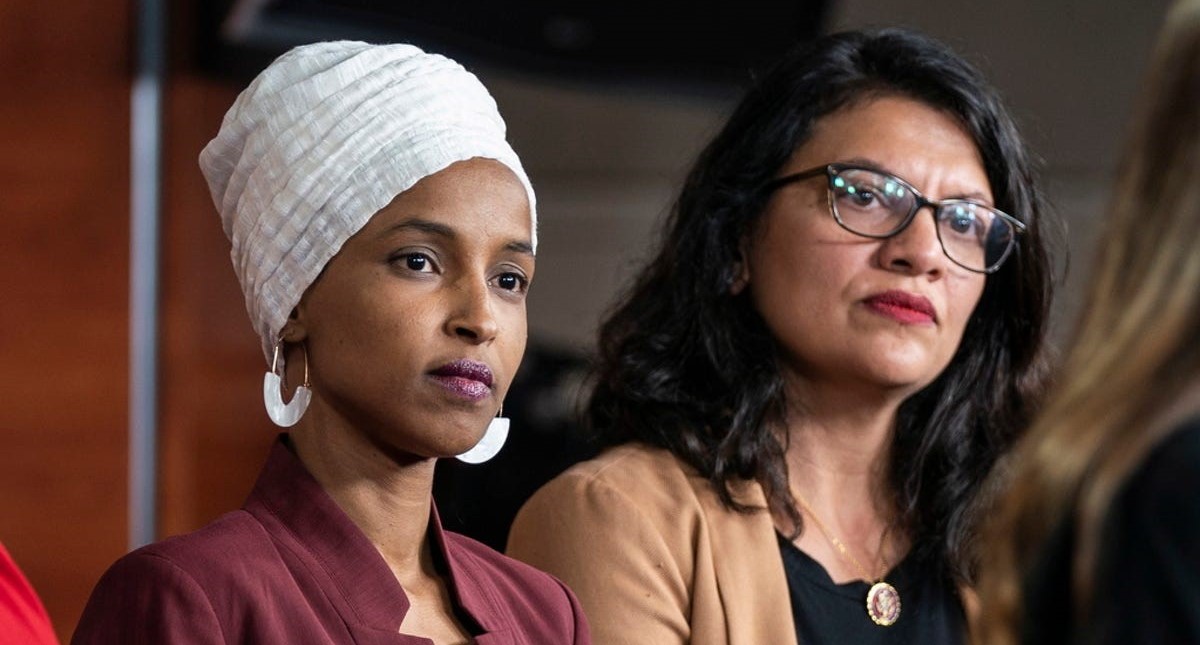 Sylvia Chan-Malik studies the intersections of race, gender, and religion, and how these categories interact in struggles for social justice, focusing on the history of Islam in the United States, specifically the lives of U.S. Muslim women and the rise of anti-Muslim racism in 20th-21st-century America. She is the Faculty Director of the WGSS Social Justice Minor and the author of Being Muslim: A Cultural History of Women of Color and American Islam (NYU Press, 2018).

In a 2006 essay, historian D.A. Spellberg posed the question, “Could a Muslim be President?”[1] The query was a critical point of debate during the state-by-state battle to ratify the Constitution in 1788. The answer was yes, in theory, a Muslim could be President. However, the founding fathers never actually thought a Muslim would be President—the religious test clause in Article VI of the Constitution was intended to allow the possibility of a Catholic, Deist, or even atheist, President. And even if there were to be a Muslim President, this hypothetical, highly improbable leader would likely be white (the founders certainly didn’t acknowledge that 10-30 percent of enslaved Africans at the time were Muslim). And, of course, male.

I want to revise Spellberg’s question to the following: “Could a Muslim woman be President?” And for the first time in this nation’s history, I believe the answer is yes, not only in theory, but in actual practice. Currently two U.S. Muslim women, both women of color, sit in the House of Representatives—Congresswomen Ilhan Omar (D-MN), who is a Black American Somali, and Rashida Tlaib (D-MI), a Palestinian America. Muslim women are assuming political office across the nation, including the recent election of Ghazala Hashmi (D) to the Virginia State Senate and NJ’s own Sadaf Jaffer, who is Mayor of Montgomery Township, NJ.

As a result of Trump’s presidency, U.S. Muslim women recognize the urgency of participating in the political process at every level, from voting, supporting candidates, getting involved in political advocacy and activism, and running for elected office themselves. While some, like Omar, were not born in the U.S., and could not run for President, I believe her very existence as a Black Muslim refugee woman on the national political stage speaks to our collective yearnings as women for even more robust and meaningful forms of enfranchisement. In this momentous year marking the one hundredth anniversary of the passage of the 19th Amendment, I see the election of Omar and other US Muslim women politicians as moving us closer to being a nation where a Muslim woman could be President, and a step nearer to the full promise women’s suffrage as unequivocally predicated upon, and rooted in, this nation’s racial, religious, cultural, and sexual diversity.