The Dark Side of Positive Thinking

Sociologist examines blind optimism in the age of the coronavirus 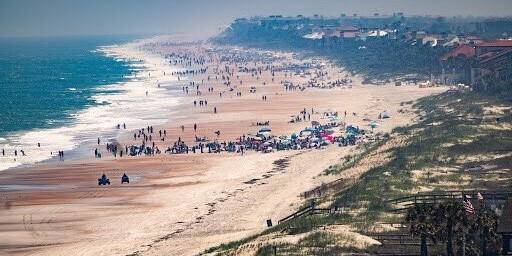 Why do people always look on the bright side, even when evidence suggests they should not? Karen Cerulo, a professor of sociology, took up that question in the early 2000s, examining people’s tendency toward blind optimism, and the consequences that result. In a recent essay for Sociological Lens, Cerulo revisited her research against the backdrop of the COVID-19 pandemic and concluded that unwarranted optimism may have hindered the initial response to the virus, and could very well fuel a premature reopening of the economy. She talks about her research below. 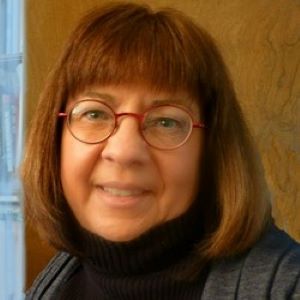 Q: Your book, Never Saw It Coming: Cultural Challenges to Envisioning the Worst, argues that the West has been plagued by a sense of blind optimism. What led you to write that book?

A: I had actually become quite sick with an unexpected illness and was out of work for a semester because of an infection after surgery. I started monitoring my own behavior, and how I never even had a thought that one day I might get sick and be unable to work. I was routinely sure everything would be okay. And that got me thinking about whether people actually do envision worst case scenarios.

Q: How did you go about researching that question?

A: I started looking at polls on health, marriage, and having children. The findings were eye-opening: Although 40 to 50 percent of married couples divorce, polls show that 80 to 90 percent of respondents were sure they would be married for life. In addition, there are AARP polls showing how large percentages of people were certain they’d have enough money to last their life, would never have to leave their home, and would be mobile until the day they die. Anyone who has cared for an aging parent knows that the more common experience is that aging is a very difficult process, and that most of us will not die at home, and will not be healthy in our 80s and 90s.

Q: Why then are these optimistic beliefs so prevalent?

A: They’re central to our culture. These are lessons we learned as kids. And, just as central, we learn that thinking negative is stigmatizing. No one wants to be called a downer. So, we create these unrealistic expectations of what may happen to us in life.

Q: How do you think blind optimism influenced the response to the coronavirus?

A: I would start out by saying that we’ve seen evidence of panic, and that many people are taking it seriously and complying with social distancing. But when you step back and look at the broader picture, it would appear that many people do not believe they will get sick.

At the onset, for example, the White House minimized the threat and said it was under control and nothing to worry about. Then in March we see packed beaches during Spring Break and people acting as if nothing was wrong. Now we see a push in some states to reopen, causing alarm in the medical community. There is this sense that the worst is over. But I think those in the medical fields understand that we really don’t know where we are in this process. Are we at the beginning, middle, or end? Where are we going to be in the fall?

Q: In your book, you looked at the handling of four crises—including the SARS epidemic in the early 2000s—and concluded that certain types of organizations, which you call web-shaped, are better suited to handling a crisis. Can you explain why?

A: In the case of SARS, which is relevant to what we are going through today, the World Health Organization (WHO) set itself up as a web. There’s a center that’s there to organize and enable, but not necessarily to control and give orders. And, very importantly, they allow communication to flow in multiple directions throughout the organization.

The opposite approach is the M-form organizations, which are strict hierarchies. People send information up to the top, but you never know for sure if it’s received. What happens is that orders are issued from the top. There is no interaction. These are one-way orders. It’s actually not very effective.

Q: Do you see this playing out in COVID-19 crisis?

A: I think we do see a real time clash between these two types of organizations with the White House threatening to withhold funds from WHO. At the same time, we are seeing some governors trying to start their own web structures by creating coalitions of states.

Q: Do you think that this crisis could temper the tendency toward blind optimism?

A: I have to say I think it will not. What happens with blind optimism is that once the event is over, we suppress the really bad part of it. We’ll start talking about how great we are that we made it through, and that we can do anything.