Patrick Carr, a Sociologist Drawn to Communities Struggling with Hardship, Dies at 53

Patrick J. Carr, a Rutgers University professor of sociology and criminal justice who explored the struggles of rural communities in post-industrial America—relocating at one point to the Midwest where he and his wife interviewed hundreds of young people from a small town—died April 16 after a long illness.

Carr had been battling multiple myeloma, a type of blood cancer, for nearly a decade. He was 53. 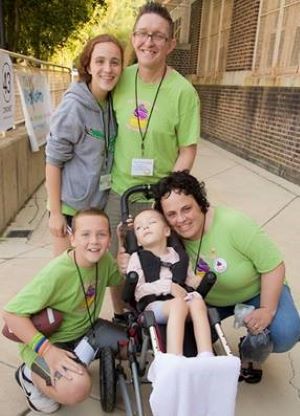 His wife, the sociologist Maria J. Kefalas, said her husband was dedicated to teaching and research that focused on communities struggling with harsh economic and social conditions—whether in Philadelphia, Camden, or rural Iowa—and the impact those conditions had on the lives of young people.

“He saw injustice and the structures behind it so clearly,” said Kefalas, a professor at St. Joseph’s University in Philadelphia. “Beyond his family, that was his absolute passion.”

Carr, a faculty member since 2005, and director of the Program in Criminal Justice for six years, was a beloved figure at Rutgers University-New Brunswick—known for his humor, humanity, and ability to inspire faculty and students alike.

Even as his health declined—and as he and his wife cared for a daughter with a rare and deadly disease—Carr continued to teach and participate in department events.

“Pat always said that he was happiest in the classroom,” says Julie Phillips, Department of Sociology Chair.  “Even as he was back in treatment, he didn’t miss a single class meeting.”

“He was an energetic presence in the classroom, even on days that chemotherapy sapped his energy,” she said. “You only had to see him preside over the annual senior celebration to know the depth of his commitment to undergraduates and his joy in their accomplishments.”

His students said Carr was a devoted mentor who patiently encouraged them to overcome self-doubts and reach their full potential. 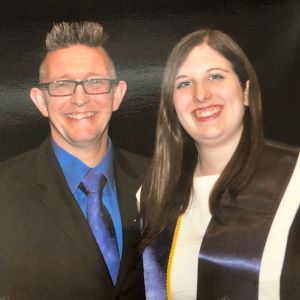 Jacqueline McFarland SAS’15 said Carr was indefatigable as the advisor for her honors thesis, Railroaded: An Examination of the Lives of the Innocent After Prison.

“When things were difficult, he guided me and kept me on course and he always knew how to make me laugh even when I was choking back tears, ready to give up,” McFarland said. “He inspired me to think way beyond my comfort zone when it came to interviewing the wrongly convicted, posing questions that I had never considered.”

McFarland went on to get her master’s degree in forensic psychology and now works as a judicial assistant for the Beaufort County Magistrate Court in South Carolina.

Christopher Mohr SAS’18 said Carr helped him stay focused on his goal of building a career in law enforcement. In January, 2019, Mohr was sworn in as an officer with the New Brunswick Police Department.

“He drove me to take on many tasks and assignments to test my abilities,” Mohr said. “Throughout my career and my life, he will forever be in my memory.”

Patrick Joseph Carr was born and raised in the town of Drogheda, Ireland, and earned his bachelor’s and master’s degrees in sociology from University College Dublin, and his Ph.D. from the University of Chicago.

In one of Carr’s first sociology projects, he returned to his hometown to explore the lives of young adults—a number of whom had become caught up in drugs, crime, and economic distress—and the institutions that were supposed to be helping them.

“It was this great puzzle to him—how some people got out, but so many did not,” Kefalas said. “Maybe there was a bit of survivor's guilt in that he had gone on to be a professor and had left Ireland.” 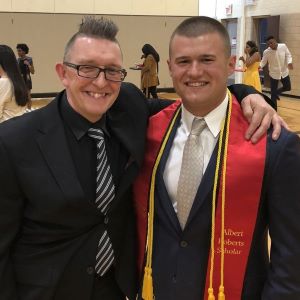 Carr continued exploring those themes in the United States, from big cities to small towns. In the early 2000s, with funding from the MacArthur Foundation, Carr and Kefalas moved to northeastern Iowa to study the exodus of educated young adults from small towns, and the impact their departure has had on rural America.

Their research fueled an acclaimed book, Hollowing Out the Middle: The Rural Brain Drain and What It Means for America, Beacon Press, 2009.

Writing about their research for The Chronicle of Higher Education, Carr and Kefalas asserted that young Americans in both rural and urban settings were suffering similar fates.

In Iowa, the couple interviewed about 200 people who had gone to high school in the 1980s and 1990s. About one in five were college-educated, high achievers. And many of them had left to build lives elsewhere—a trend that has had devastating consequences.

“In a post-industrial economy that places such a high premium on education and credentials, the flight of so many young people is transforming rural communities throughout the nation into impoverished ghost towns,” they wrote.

As devoted as Carr was to his teaching and research, his life over the last decade was defined by another overarching mission. It involved fighting a disease. But not his own. 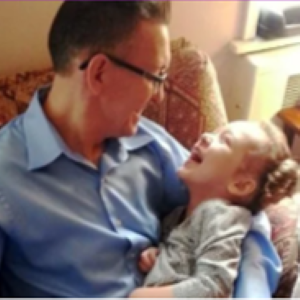 His daughter, Calliope Joy Carr, or “Cal,” was diagnosed with a rare genetic disorder, metachromatic leukodystrophy when she was two. Cal is now 10 and receives hospice care at home.

Carr and Kefalas formed the Calliope Joy Foundation, building a network of other families to raise hundreds of thousands of dollars for research into treatments. The foundation has helped send patients and their families to Italy for clinical trials of a promising therapy, although Cal herself is too old to benefit from the treatment.

Kefalas said many people have asked how Cal has survived this long despite medical expectations she would not see her sixth birthday. She said the doctors say it’s because of the care she has received from her family, with Patrick always in the lead.

“Even when he was dying, he was getting up and trying to take care of Cal and carry her around,” she said. “He was pretty amazing, and he was irreplaceable.”

To visit the Patrick Carr memorial page, and to learn more about the Calliope Joy Foundation, please click, here.