A Veteran AIDS Researcher at Rutgers Joins the Battle Against Coronavirus 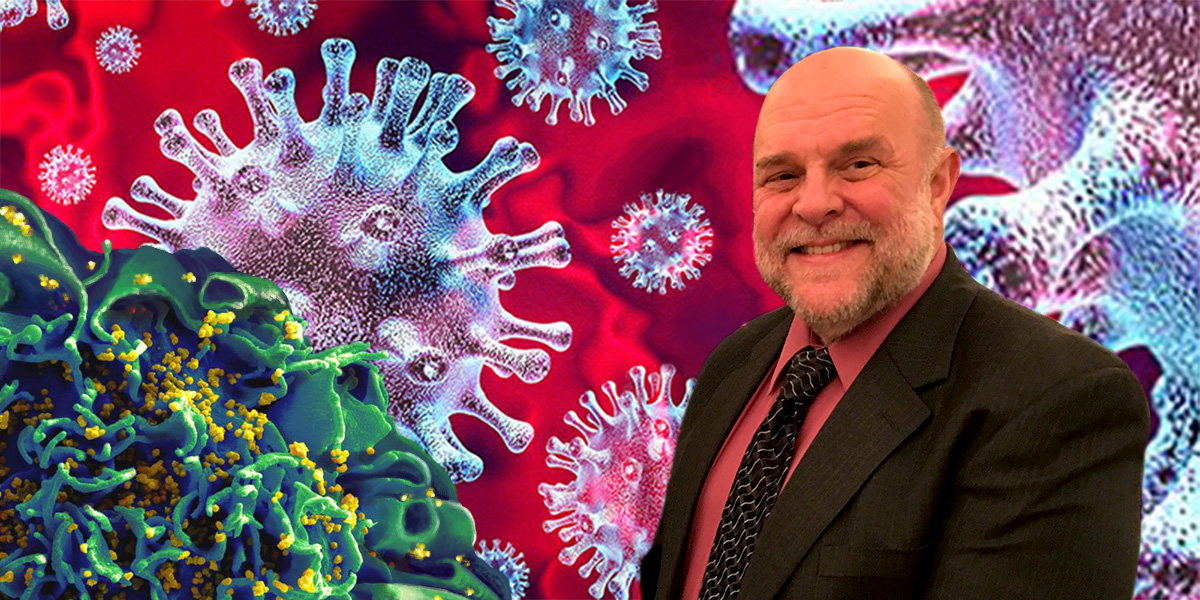 Eddy Arnold knows all too well the challenges involved in stopping a virus.

Now Arnold is feeling an eerily familiar sense of urgency as he watches the novel coronavirus spread around the world, infecting hundreds of thousands and sowing panic, fear, and confusion.

So this veteran scientist has joined the effort to combat a new threat.

“My group is very motivated to see how we can help in the wartime effort,” says Arnold, a Distinguished Professor of Chemistry and Chemical Biology in the School of Arts and Sciences. “We have a different situation now, but it’s the same in the sense that we have no cure, no vaccine, and no effective treatment.

“We do know that changing our behavior through social distancing can make a difference, and everyone can contribute to the war in this way.”

At the Center for Advanced Biotechnology and Medicine, where Arnold's lab is located, his team has begun working on experiments related to the coronavirus. This work seeks to identify key parts of the viral agent that causes the infection, an effort that could accelerate the discovery process for an antiviral drug.

“In the case of HIV, we set our sights on visualizing some of the viral machinery at an extraordinary level of detail,” he said. “We are trying to do the same here with the conviction that the information could make a real difference.”

Arnold is among a number of researchers at Rutgers responding to the pandemic. The university has created the Center for COVID-19 Response and Pandemic Preparedness to coordinate the research, public health, and outreach efforts.

And Sagar Khare, also a professor of chemistry and chemical biology, has established the COVID-19 Research Working Group through the Institute for Quantitative Biomedicine—an effort aimed at bringing scientists together for virtual meetings to exchange ideas and discuss strategies for fighting the virus.

“We all have to do our part,” Arnold said. “The fact that we have this model of being able to contribute to the fundamental knowledge, we definitely feel that we can make some useful contributions.”

In the 1980s, as a postdoc at Purdue University, Arnold was making use of technology such as X-ray crystallography to create an atomically detailed picture of a common cold virus. As he was trying to decide on a research specialty, the AIDS crisis exploded into public view, exacting a terrifying death toll. Arnold knew he had found his calling.

“It was spreading widely, and was a death sentence for all the people getting infected,” he said. “I had these tools for visualizing the virus structure at an unprecedented level of detail and I was motivated to fight this horrible problem.”

He joined Rutgers in 1987 with that plan in mind. He has focused research efforts on the study of reverse transcriptase, an enzyme and essential component of HIV. His group has partnered with drug companies to discover two anti-HIV drugs—Intelence (etravirine) and Edurant (rilpivirine)—that inhibit reverse transcriptase and stop the virus from replicating.

Arnold’s research on HIV continues to this day, with the support of National Institutes of Health and the aim of developing more effective and less expensive drugs.  The pioneering, molecular-based work of Arnold and other Rutgers professors engaged in the fight against HIV is depicted in the documentary film Target Zero.

It was just three months ago that Arnold learned about the novel coronavirus. Once he started seeing the numbers multiplying worldwide, he knew he would get involved.

Arnold emphasizes that trying to understand and stop a virus is a long, painstaking journey. But he said the breadth and depth of work—at Rutgers and at other institutions and companies—is heartening.

“There has been brilliant work already published, and some groups have made progress in a remarkably short amount of time,” he said. “One of the nice things about modern science is that people tend to distribute their efforts in areas that are complementary so you get a broad coverage of understanding.

“But we have to prepare for what may be a long war.”