Celebrating the Legacy of a Pioneering Rutgers Philosopher 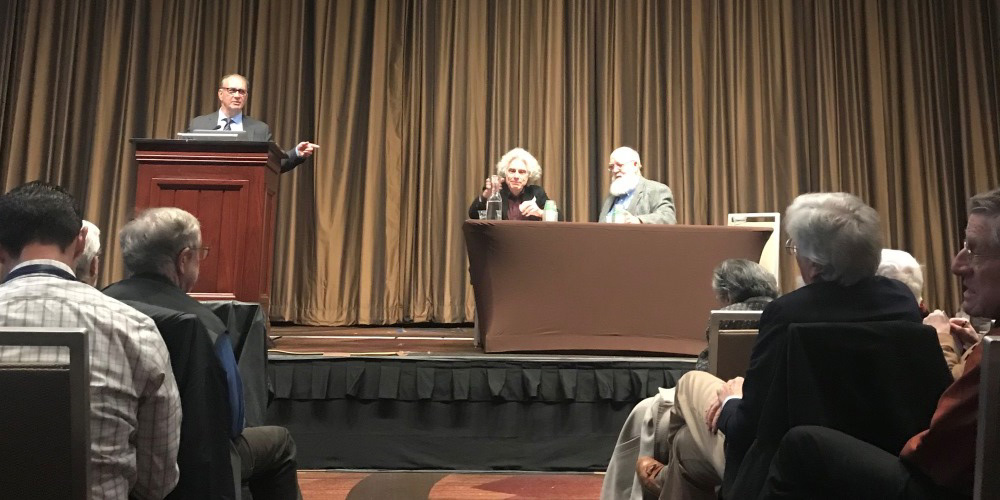 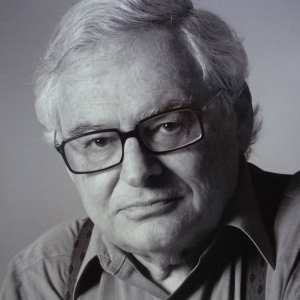 Three world-renowned scholars from Harvard and Tufts universities came together earlier this month to honor the Rutgers University philosopher who inspired, challenged, and confounded them: Jerry Fodor.

Fodor, who died in 2017, was a pioneering scholar in the field of cognitive science. At the Massachusetts Institute of Technology, and later at Rutgers—where he ushered in a golden age in the university’s philosophy department—Fodor helped develop the theories that view the human mind as an information processing system with modules for functions such as language, music, or math.

“Jerry named it; Jerry systematized it and Jerry emphasized its importance in the history of thought,” said Steven Pinker, a Harvard University professor of psychology during the January 9th memorial session for Fodor, which took place at the annual meeting in Manhattan of the American Philosophical Association’s Eastern Division.

Pinker was joined by fellow Harvard psychology professor Susan E. Carey, and Daniel C. Dennett, a professor of philosophy at Tufts. They each presented scholarly appraisals of Fodor’s work and shared their memories of him.

The session, organized by veteran Rutgers philosophy professor Ernest Lepore, opened with Lepore reading a statement sent earlier in the week by famed linguist Noam Chomsky, Fodor’s colleague at MIT, and a major influence on his work.

“It was a wonderful experience to share teaching with him and to witness his exciting contributions to seminars and conferences, and above all, to try to keep up with the new ideas that he produced in an endless flow, some so outrageous that they couldn’t possibly be true—except when they were, and again reshaped the disciplines that he was instrumental in creating,” Chomsky wrote.

Fodor's seminal work in the 1960s and 1970s challenged the behaviorist theories of B. F. Skinner that saw the mind as a blank slate.

“Skinner thought there was no such thing as the mind - only trained behavior,” Lepore explained in an interview. “Jerry said that was impossible. He saw the mind as a computing system.”

“He was the most important builder of bridges among the three fields of cognitive science,” Carey said. 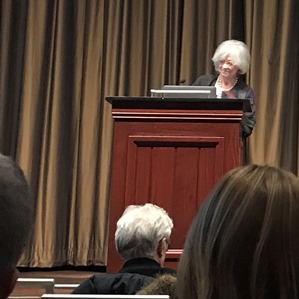 Carey was at MIT during the Fodor era and fondly recalled him “holding court” in a room off the main cafeteria. Faculty and graduate students from linguistics, philosophy, and psychology would drop in for intellectual discussions, and a bit of academic gossip.

“What Jerry created was like a little salon at lunch time,” Carey said. “You knew you were in a place where ideas mattered.”

In the mid-1980s, Fodor left MIT for The Graduate Center, City University of New York. A group of Rutgers philosophers led by Lepore and Brian McLaughlin persuaded him to come to Rutgers.

“He was at CUNY and we’d go to his seminars,” Lepore said. “There were six or seven young philosophers at Rutgers and we were all interested in his work. We saw his energy and brilliance.”

Lepore credited the late Edward Bloustein, who was president of Rutgers at the time, and Peter Klein, an emeritus philosophy professor and longtime university leader, with supporting the plan to bring Fodor to Rutgers and build up the department.

“We got Jerry right at the peak of his career,” Lepore said. “He came in and everything changed. Rutgers got famous for philosophy. We started hiring great people, one by one.”

The university also established the Rutgers Center for Cognitive Science, which draws faculty and students from across computer science, philosophy, linguistics, psychology and other fields, and recently began offering an undergraduate major.

Pinker, in an interview, said the Rutgers center, and others like it, are often among the vanguard in discovering new knowledge.

“The subject matter of how the human mind works can be approached from multiple fields,” Pinker said. “The centers are the way to drill into the traditional academic departments and get the flows of knowledge from different fields that all bear on the same subject.”

Indeed, Robin Zebrowski, DC '97, majored in psychology and English and minored in philosophy and cognitive science. She's now Chair of the Program in Cognitive Science at Beloit College in Wisconsin.

"I read so much Fodor as an undergraduate," said Zebrowski, who attended the memorial session. "He was larger than life."

Pinker as well as Carey and Dennett acknowledged in their presentations that they had their share of disagreements with Fodor, who could be scythe-sharp in his dismissal of ideas that he disagreed with. But they praised his overwhelming passion for ideas.

“You may not like what he had to say, but you are going to have to live with it unless you can refute it,” Dennett said. “And that was Jerry’s attitude again and again and again. You don’t like it? Then show what’s wrong with it. And that was not easy to do.

“It brought out the best in all of us.”

“If it wasn’t for Jerry, I wouldn’t have thought about the issues in the way that I do,” she said. “It’s really hard for me to comprehend that this is a world where he no longer exists.” 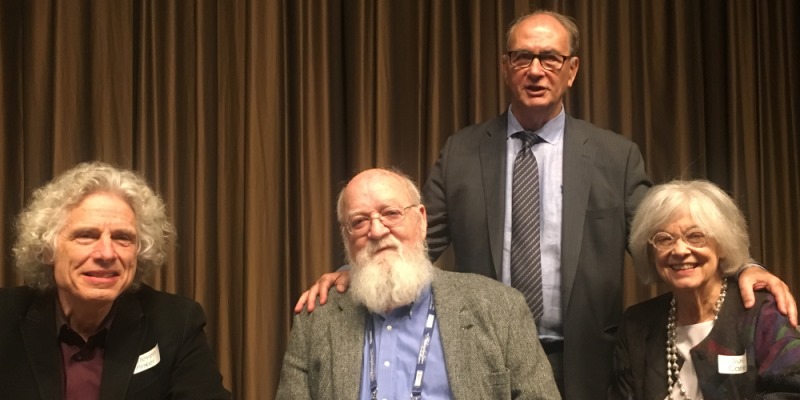